I got up after got of waking up early and often. To be expected on a day I’m flying. It started out normally…

Then I got a text message at 6:59am saying my flight was canceled/delayed. My 5:20pm flight wouldn’t leave until 12:35am, eventually getting me to Portland about 8:52pm. That kind of ruins my plans for a nice quiet Saturday doing my laundry.

I checked the app like they told me to and there were no options.

Then, at 8:47am I had a message telling me I’d been re-rescheduled for a JAL flight to Honolulu at 9:55pm which connected to a Delta flight to Seattle and then another Delta flight to Portland, getting me in about 11:30pm.

I’d had enough and decided to head to the airport. I canceled my prepaid taxi after finding out I couldn’t push it earlier. No refund at this late date. I called the driver and the local contracting company to warn them what I was doing, and then canceled on the web site and for good measure I called the contracting company again. Then I paid another ¥10,610 to get to the airport, arriving just before 10am. Of course the Delta counter until open 1:10pm. In fact, the Delta counter was an American Airlines counter, and a Korean Airlines counter before Delta showed up. I had to sit with my bags, having eaten nothing, no chance to use the bathroom, until I checked in.

While I was sitting I had an hour-long phone call with Delta to change my flight back to the “late” flight so I wouldn’t have to fly coach. They even offered to fly me to Atlanta and back to Portland but that would be coach as well. And I asked but there were no first class seats open. I got booked on the flight that’s now delayed until midnight and a later flight from Seattle to Portland.

While I was standing in line, the taxi driver and some number in California kept calling me because booking.com is a bit of a mess. Meh.

Check-in was a bit of shenanigans as well. But now I’m booked on a 1am flight to Seattle, and the “earlier” 8pm flight from Seattle to Portland. Delta gave me two ¥1000 food vouchers and I used them to get unagi, which I hadn’t been able to eat during the trip. 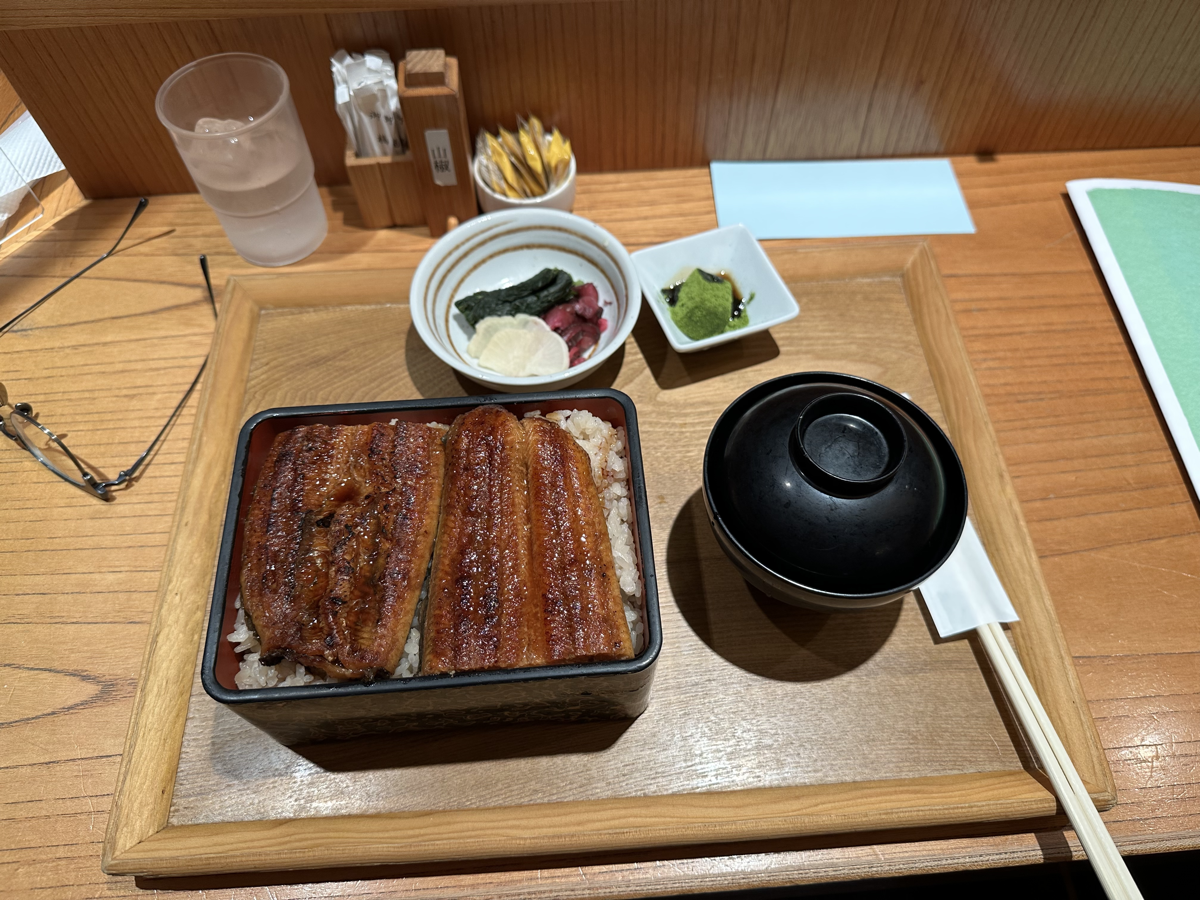 I made it to the Delta Lounge which is wonderful and is staying open late until 11pm for the few people who are stuck here waiting for the Seattle flight. The first thing they gave us was a little taste of turkey and Sangiovese wine. Then I passed out for a while. It’s a comfortable place to wait. 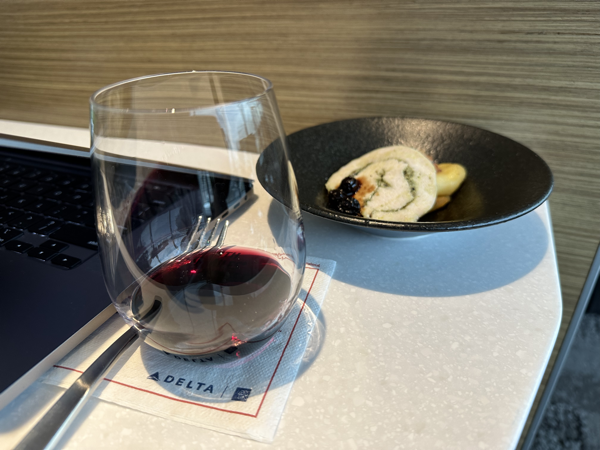 I asked a bunch of randos if they had the same series of changes I did. Nope. Well I’m headed home. Wish me luck.