This was my full day in Okinawa and if I had a couch in this hotel room/apartment, I probably would’ve stayed in and sat on my ass all day. Just feels like the place to do that sort of thing.

I did stay in until about 10AM. I went out once to get some breakfast and it was pretty limited. I had a Lawson tuna sando (I think I like 7 Eleven better), melon pan, and a juice. I wasn’t feeling hungry until I ate the sando of course.

I finally decided to go to the local history museum and Shuri castle. That took ALL DAY. I don’t know about the history of all the areas of Japan I go to so I like going to the Prefectural History museums. Japan has a long history, back to caveman days. But Okinawa itself is a bit odd. It has a long history but Japan took it over at some point and then the US helped by bombing it back to prehistoric times during WWII and then didn’t return governance to Japan until 1972. It feels different here. I think a lot of the recreated old buildings are just that, recreations.

I saw one of those on the way to the history museum (of course I walked, I am an idiot). It’s 80ºF here, which is hot to me, and humid as hell. Plus the weather report kept changing and it was raining off and on. So it was extra humid and then the clouds would break and the sun would bake down on me. I’m not used to this island weather. But first, the gates to an old temple. If the rocks fit together too well then it’s a recreation. 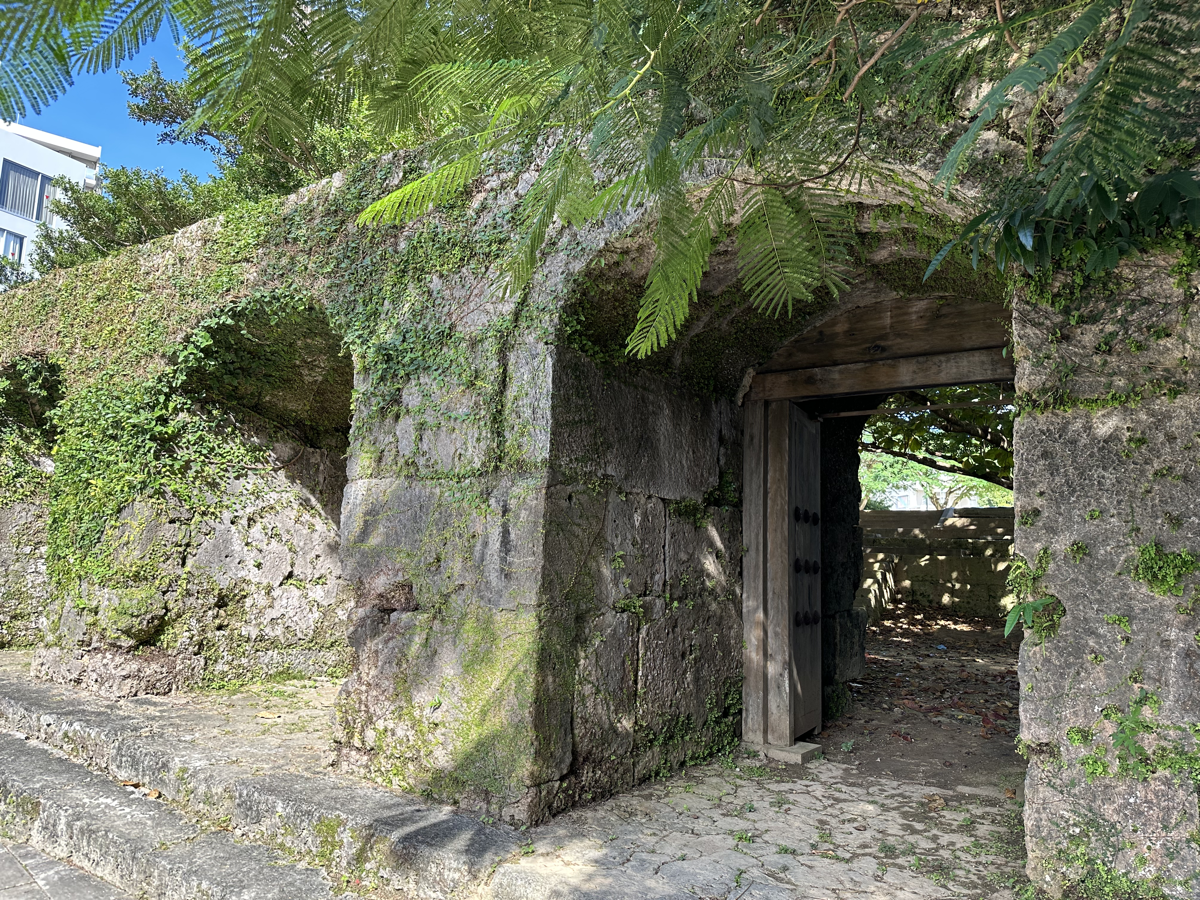 About the time I thought my brain would melt, I made it to the museum. It looks like a bunker and I had to ask someone how to get in. 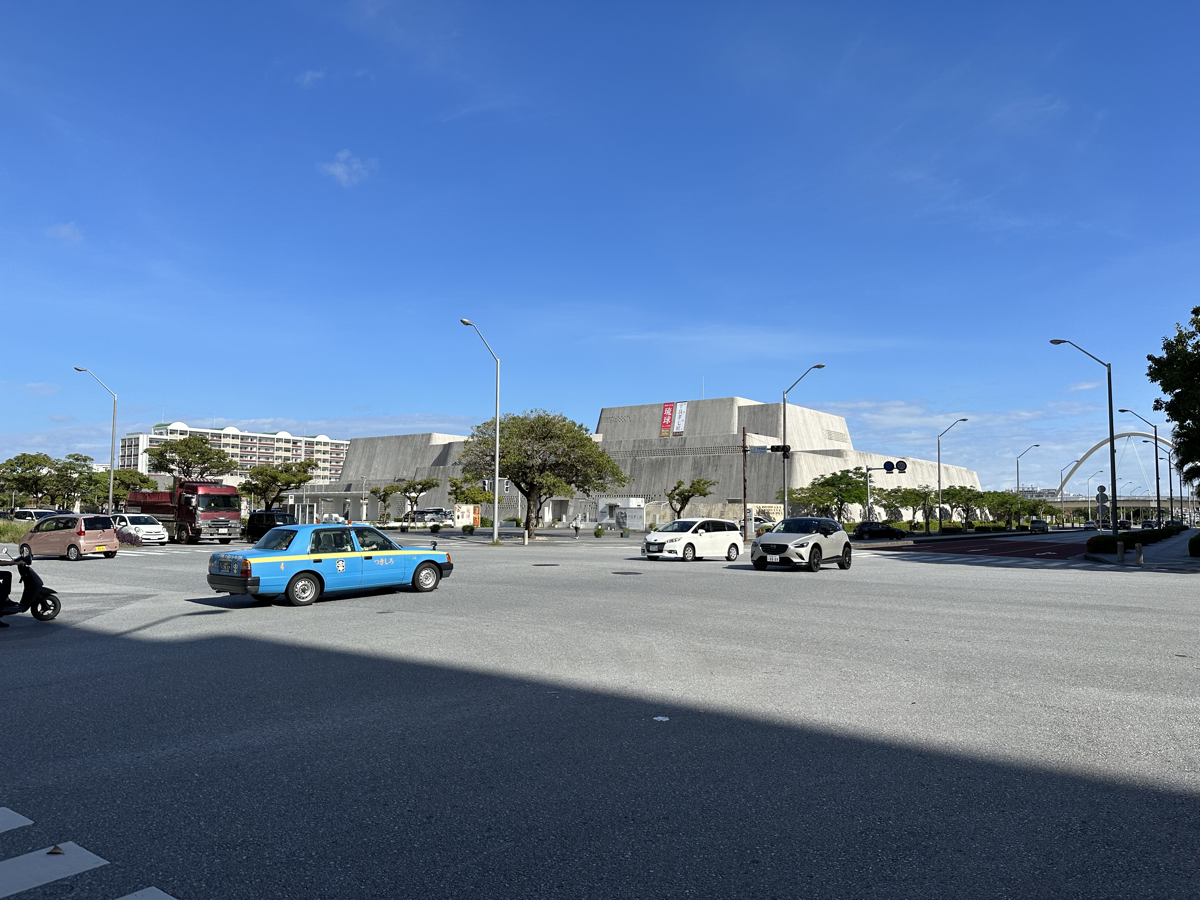 No pictures from the museum, but it was pretty neat. I didn’t remember the US maintained control of Okinawa until 1972, for example, and that was interesting. They also went into the native fauna and geology before going into the long history of the area.

Across the way was a small mall. Well, it was a big mall but not too many shops. I thought I could find a place to eat but really didn’t want to eat at a food court, though I did consider it. If there were more open tables I would’ve done it. 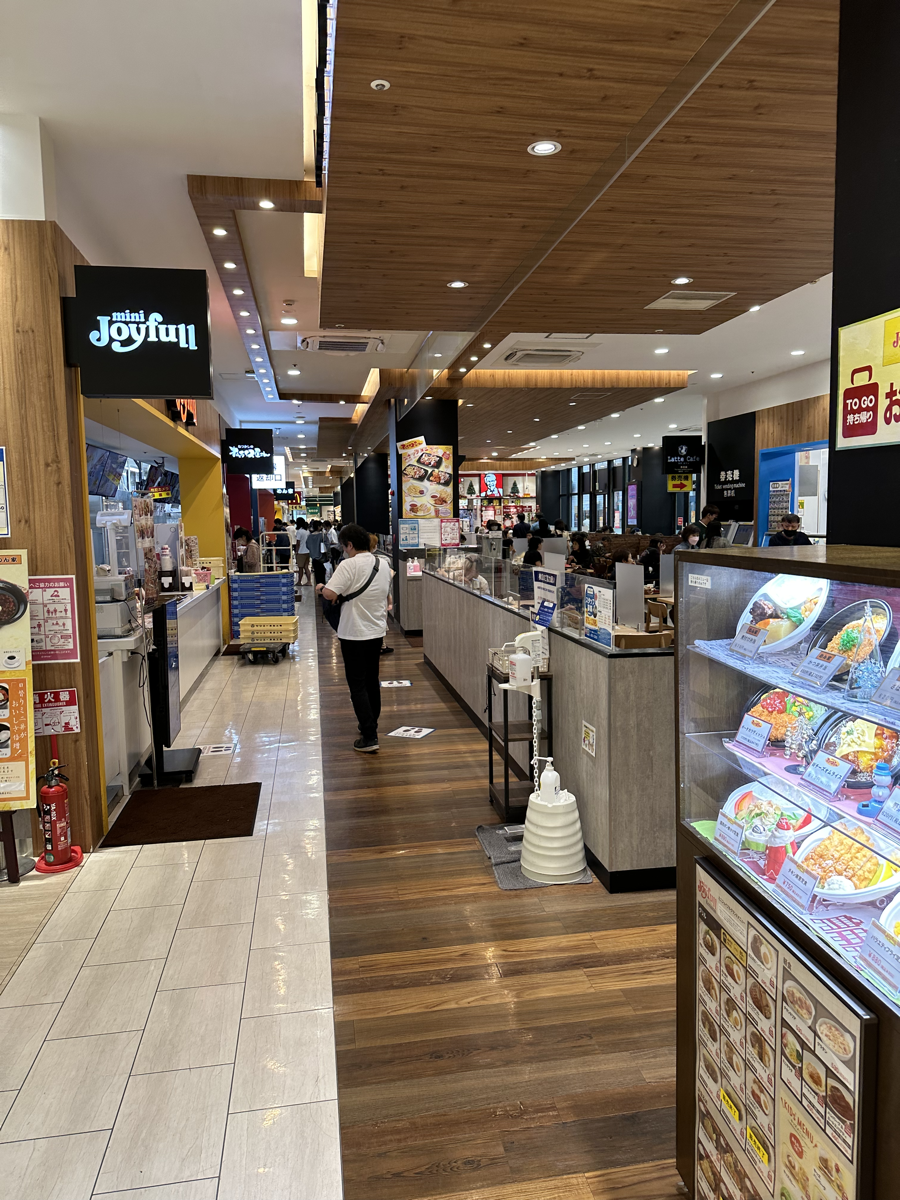 I ended up at a coffee shop at the end of the food court and had their daily special. Fried fish (special fish sticks, really), and fluffy meatballs (still not sure what that means). As I told my sister, it was a little weird but it tasted just fine. It also came with dessert and coffee, which were good. 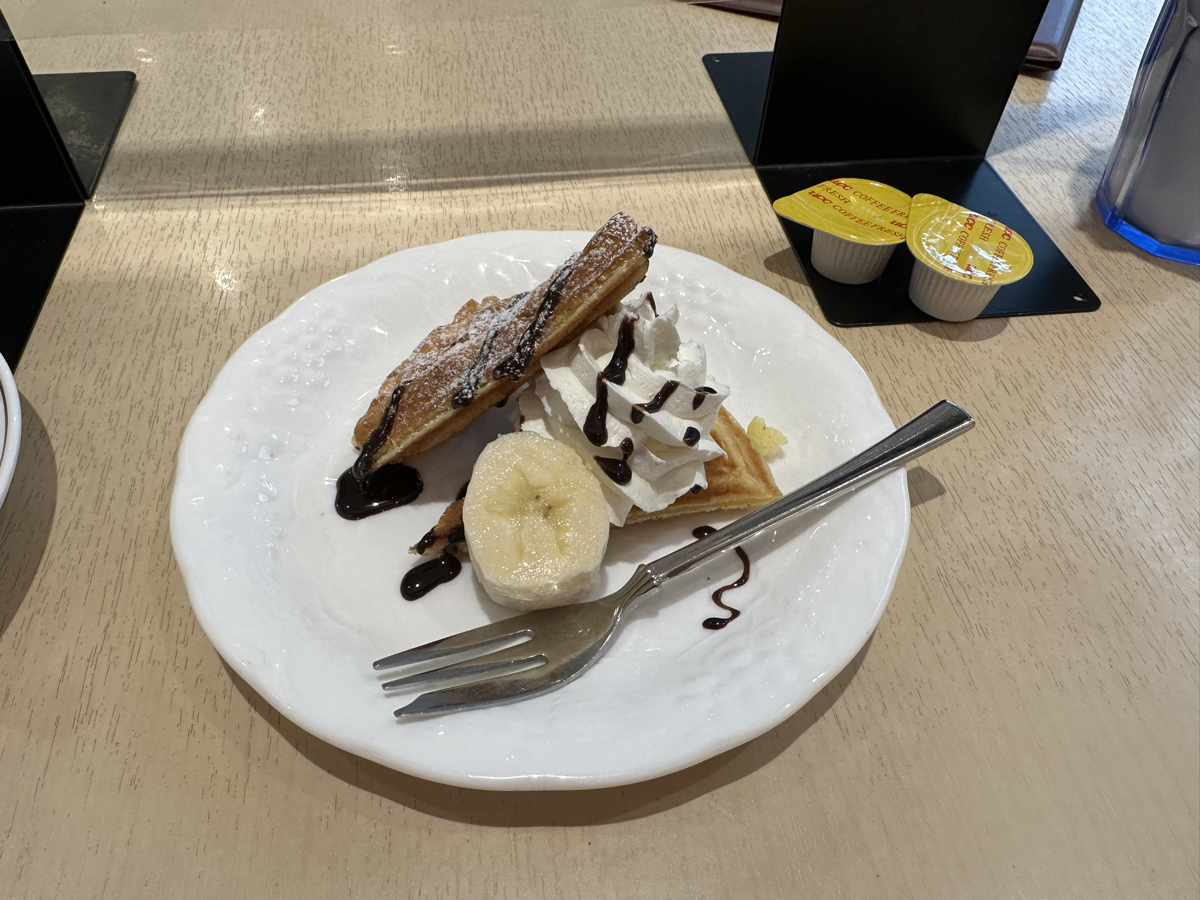 Google said it was only 30-or-so minutes to the castle but they left out a couple of facts. First, they took me down little tiny paths. I had to turn sideways to get through the last bit of this. 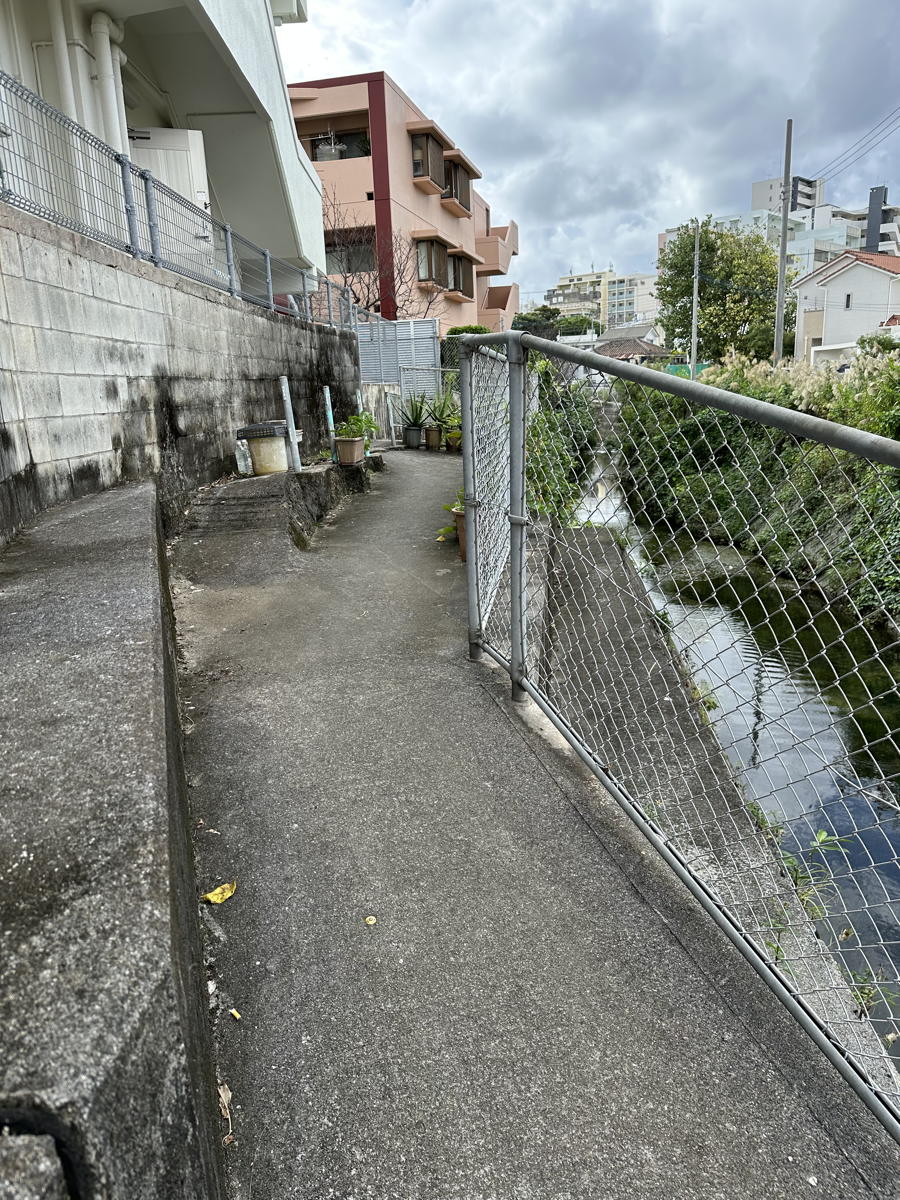 Around the corner from the path was a hill that felt like a 45% grade. I know hills don’t get that steep, but it felt that way. 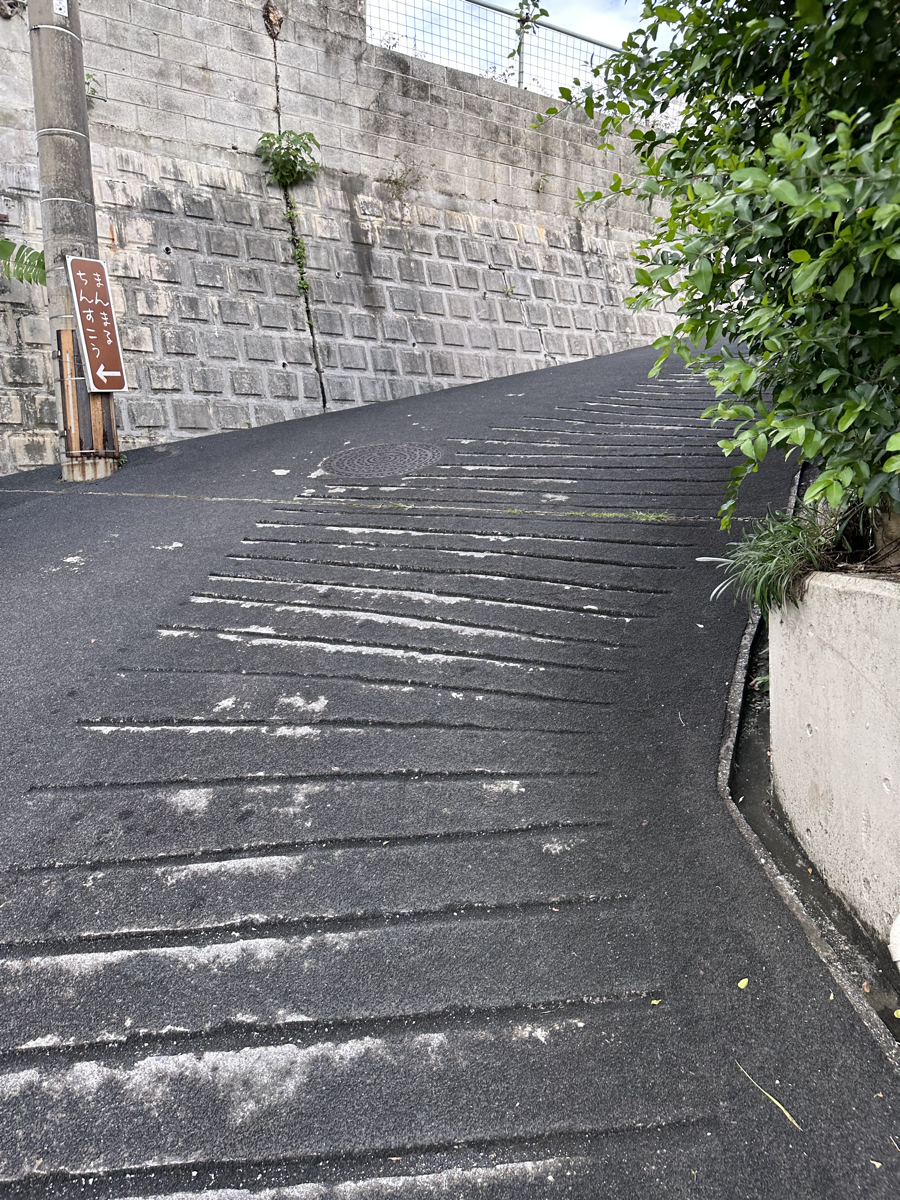 The climbing didn’t let up until the top of the castle.

Just before the castle there was the mausoleum of the kings. They were interred in these urns. 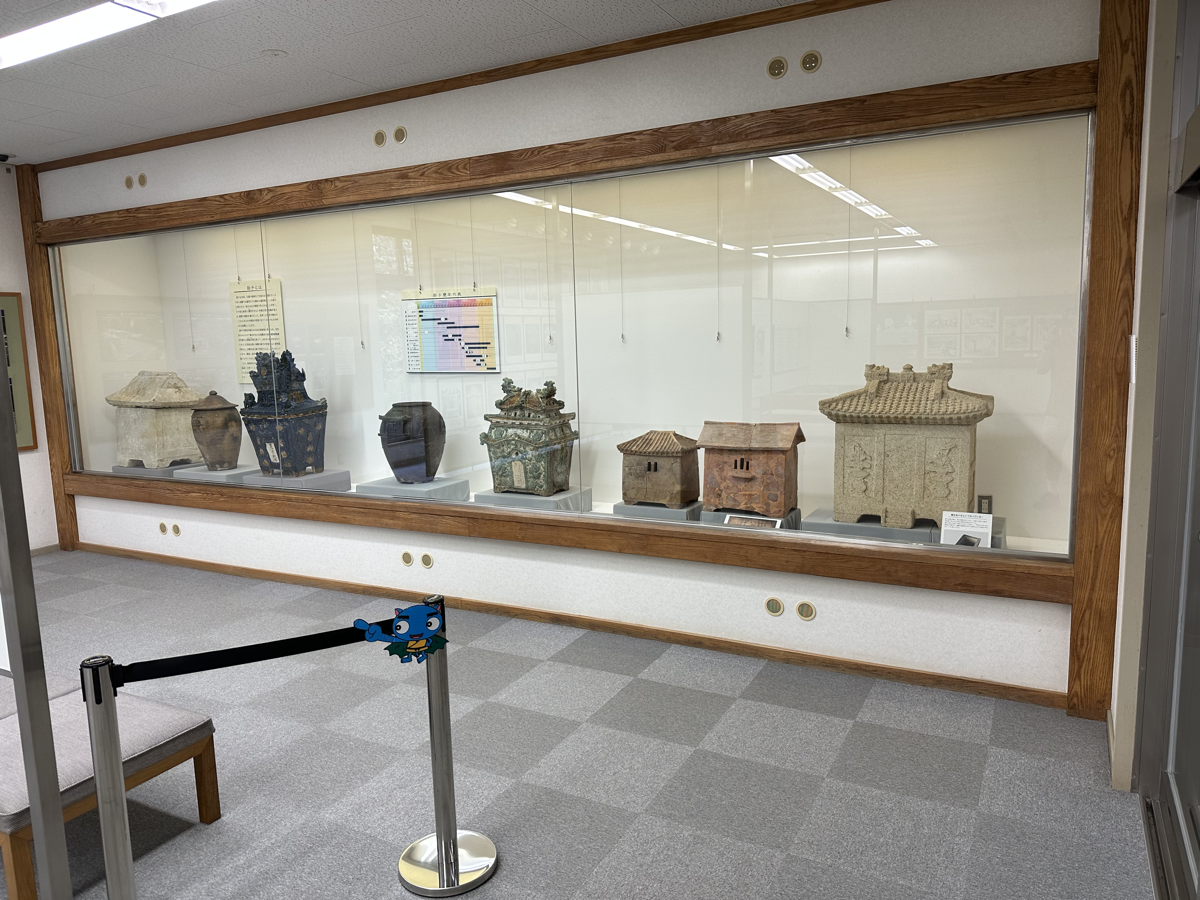 The urns were then put into limestone caves that were dug out to make more space. 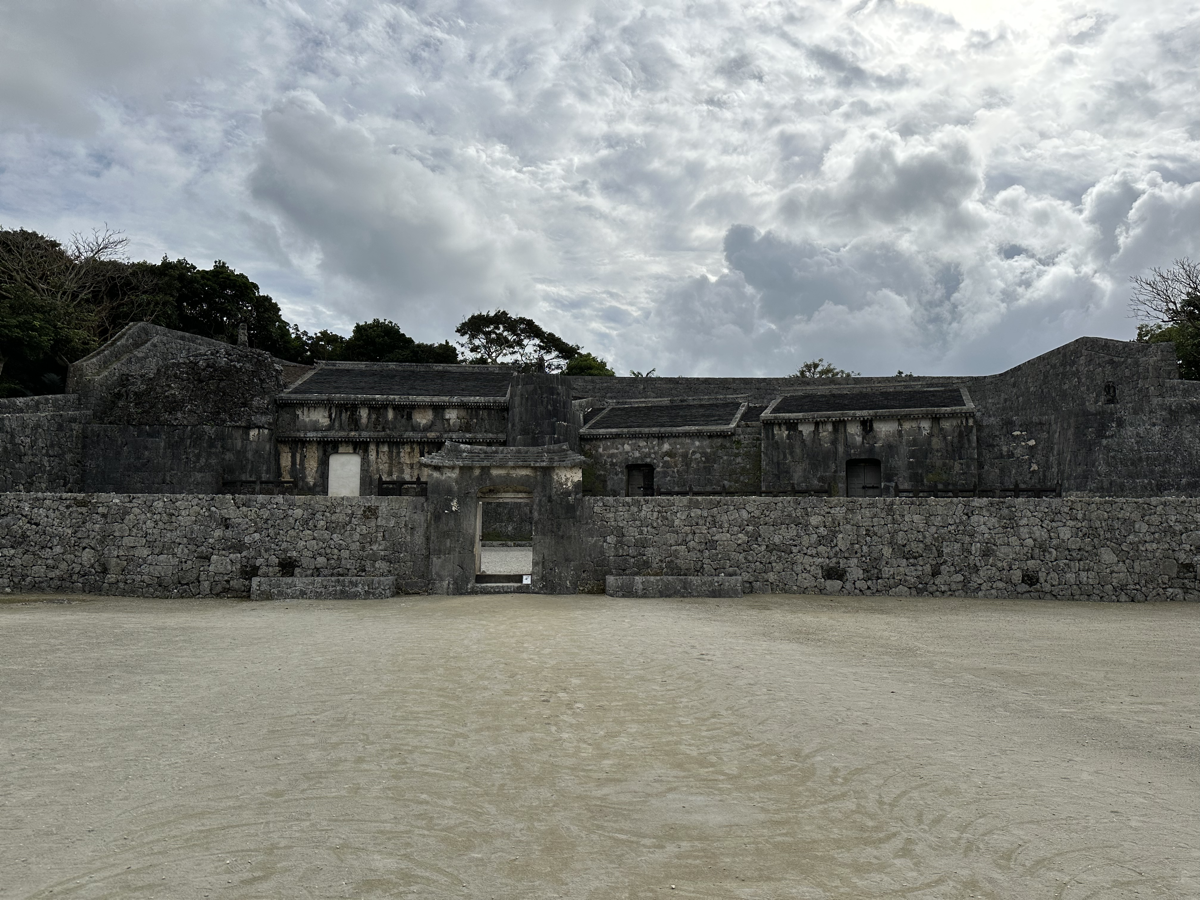 Shuri castle is kind of neat, but it’s a reproduction from the Heisei era (Heisei started while I was still living in Japan) and then burned down three years ago. I paid extra to see the reconstruction. 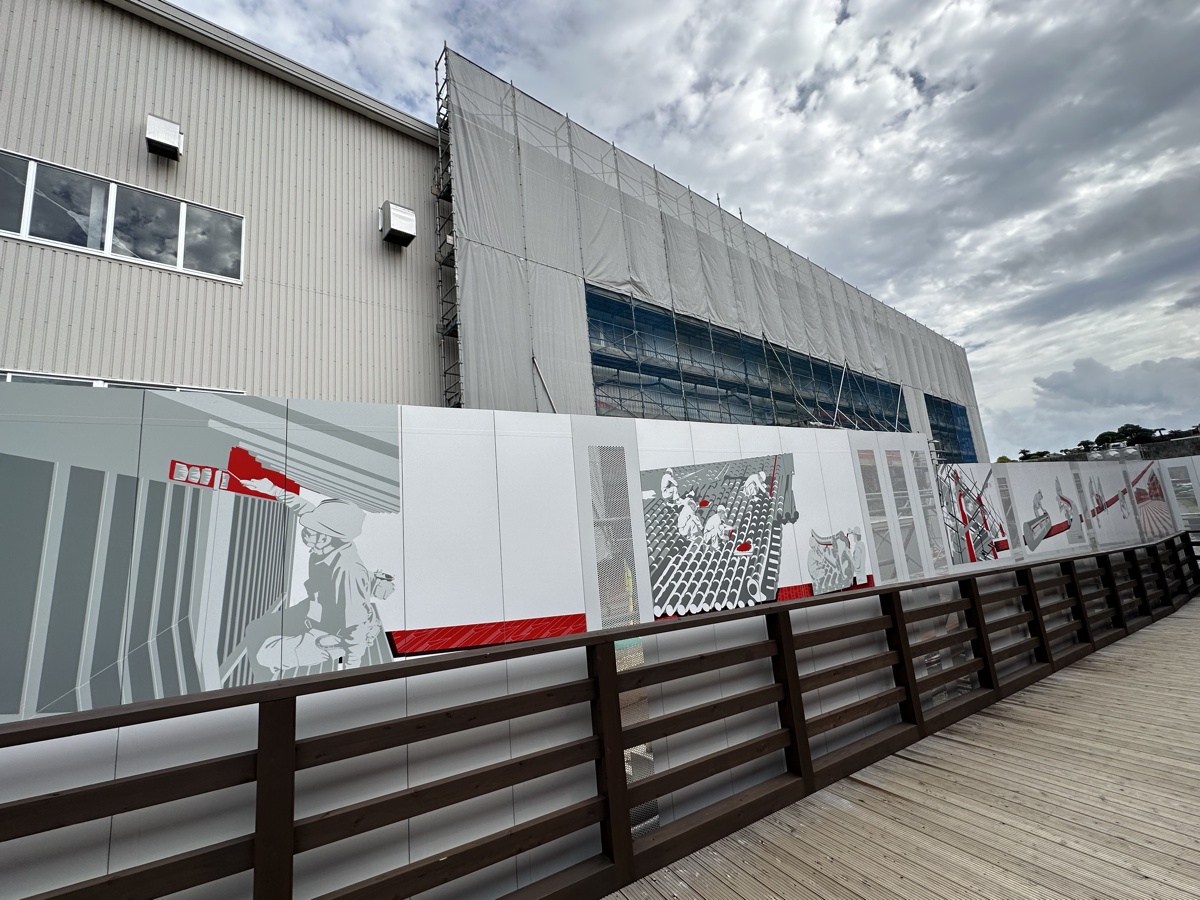 I kind of like old castles or castle ruins better than recreations. Here’s some parts of the walls where you can see where the bottom is old construction and the upper part is the sterile new construction. 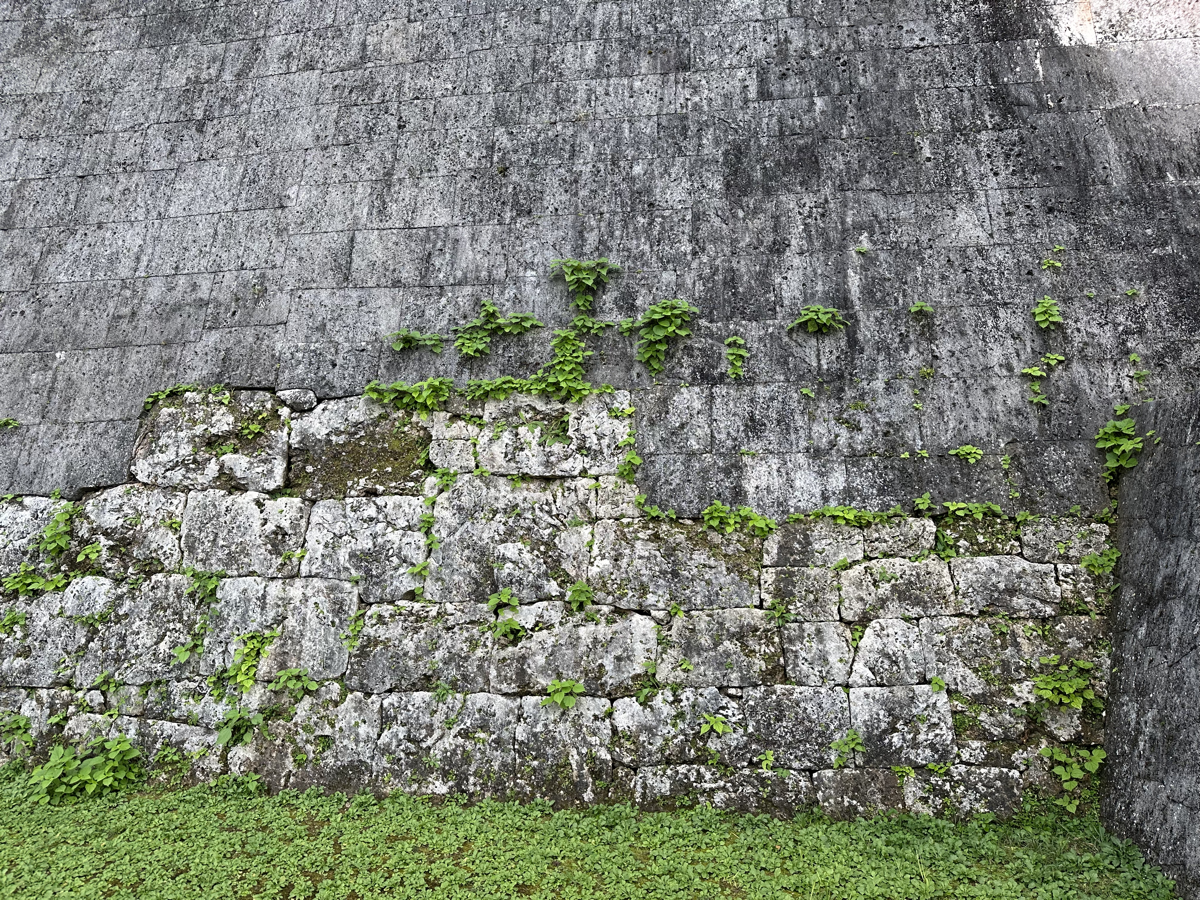 There were also some mystery caves that weren’t ever recorded in the historical documents, so they’re not sure what they were used for. My guess is that the king stored his junk in them. Once again, old construction so I found them interesting. 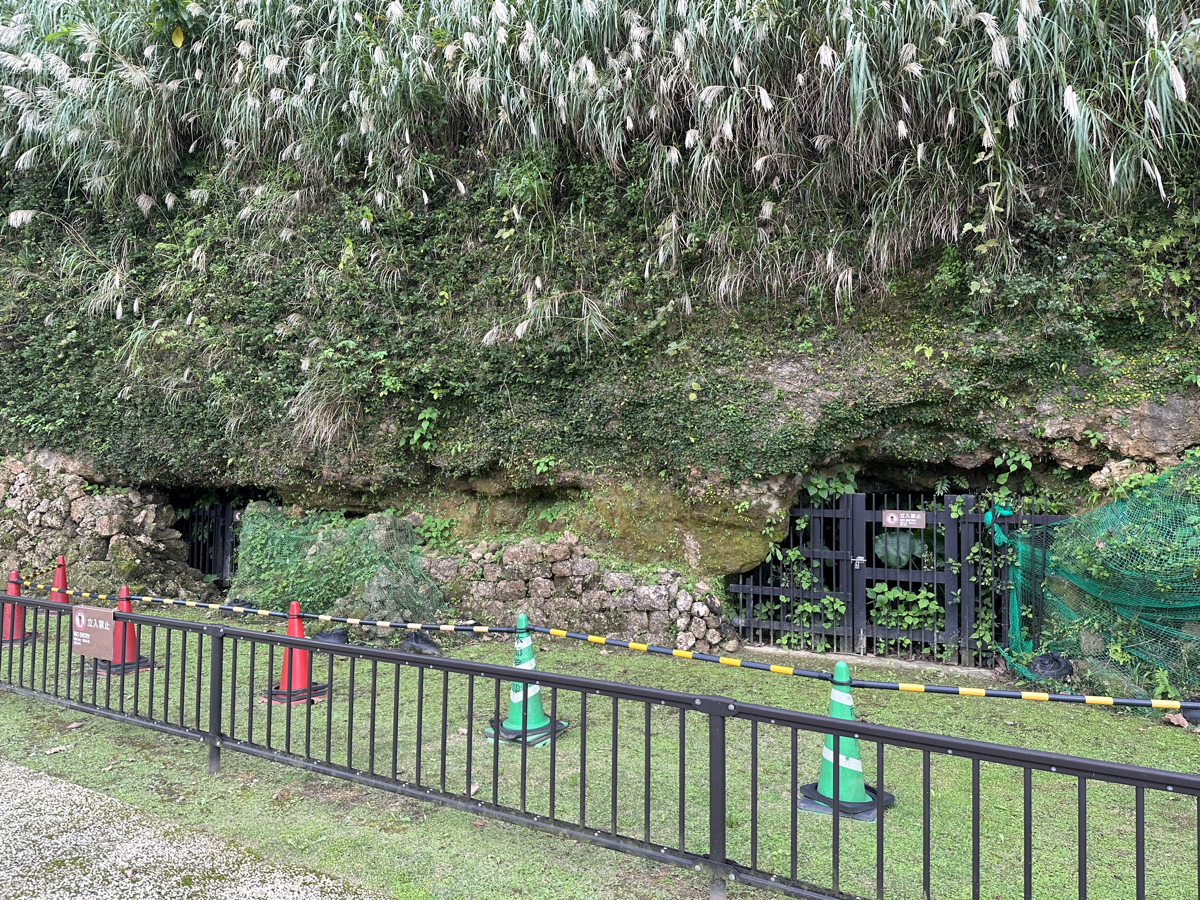 After that I walked back to my room and it was about 4 or 5pm. I wasn’t hungry at all so I ate a bag of potato chips that I, for some reason, carried from Tokyo through my travels until now. Then I got off my dead ass and went looking for the store the guy at the front desk recommended. It took a couple of tries and also coming back to the hotel once for more directions but it was an old hole-in-the-wall run by an elderly couple and was quite good and very cheap. The lady didn’t really look like she wanted to be there or to help me at all. She pointed out a few things that I didn’t know (Okinawan names, of course) and I had to Google them. I ended up with the stewed pig feet dinner. That’s a lot of food and it was only ¥900. I can’t say pig’s feet are my favorite, or that I’m going to want them again soon, but they weren’t bad. Okinawan food isn’t my favorite but I can eat it without too much complaint. Oh, and that’s not water, it’s barley tea. This place was really old school.

And that’s about it. I think I’m going to spend most of tomorrow sitting in an airport waiting for my flight, but I can say I finally made it to Okinawa.