Yet another day where I think I might be trying to eat myself to death. Not entirely my own fault but if it’s on the plate in front of me I usually just try to finish it. At 58 years old it’s a little late to change that without some serious effort.

Anyway, breakfast was downstairs and it was about the same as yesterday. Not great, not awful, and part of the hotel rate. 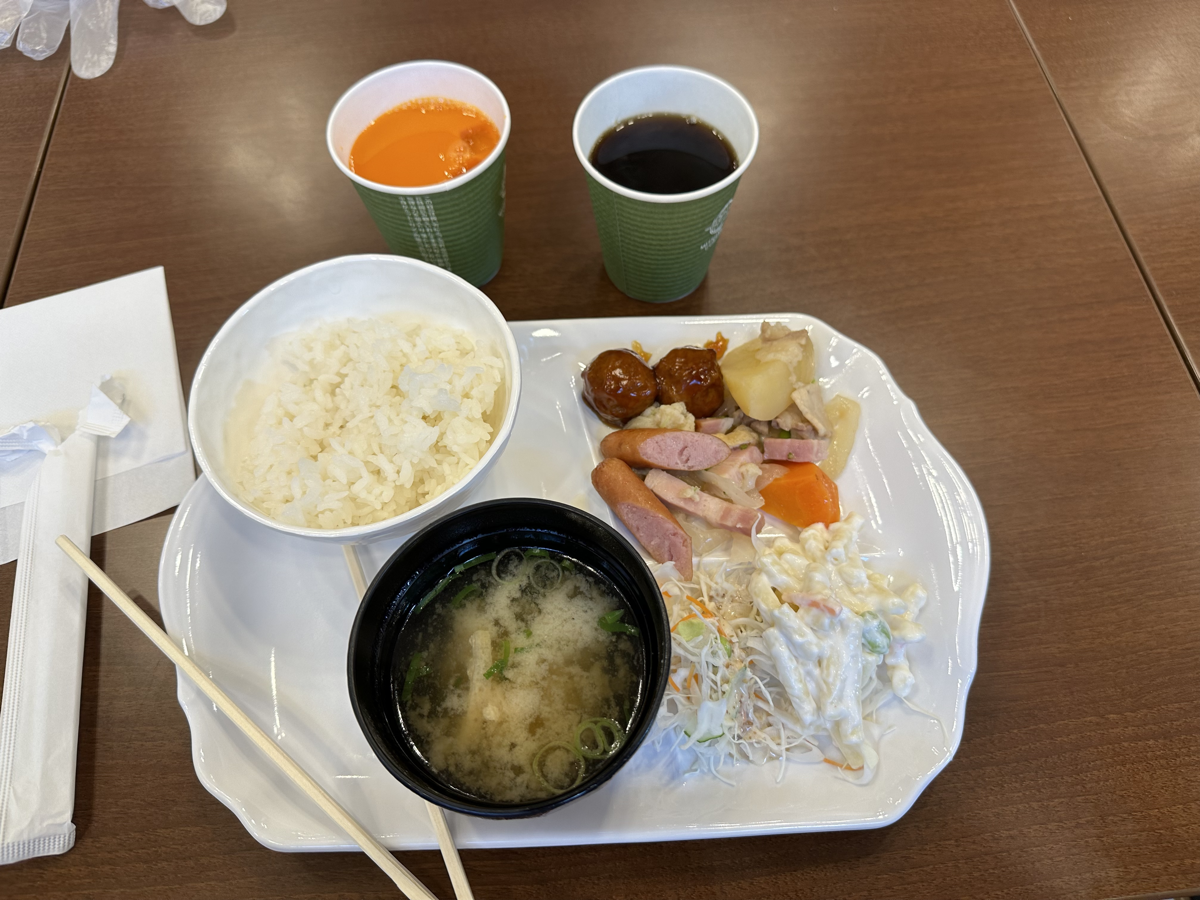 Then after a rest in the hotel, it was off to meet Yumi. She had scheduled a tour of the Okayama Kirin beer factory, which is kind of a sterile tour but very, very polite. They even provide a taxi from the train station. Yumi said when she called to make the reservation they told her which trains she could take and scheduled the free taxi to the plant which is only about 10 minutes away walking.

As you can imagine, they make a LOT of beer here. All the Kirin beer for Okayama Prefecture, part of Hyogo Prefecture, and all of Shikoku, plus chuhai, and happoshu, etc. They have you smell the grain and the hops (the two ingredients of Ichiban Shibori). They have you taste the first and second pressings of the wort (they only use the first). And then they show you the equipment. I kept asking dumb questions because, well, I’ve done this before and asked when the rice goes in (there’s a clearly labeled rice cooking vat) and they said it didn’t for Ichiban Shibori. 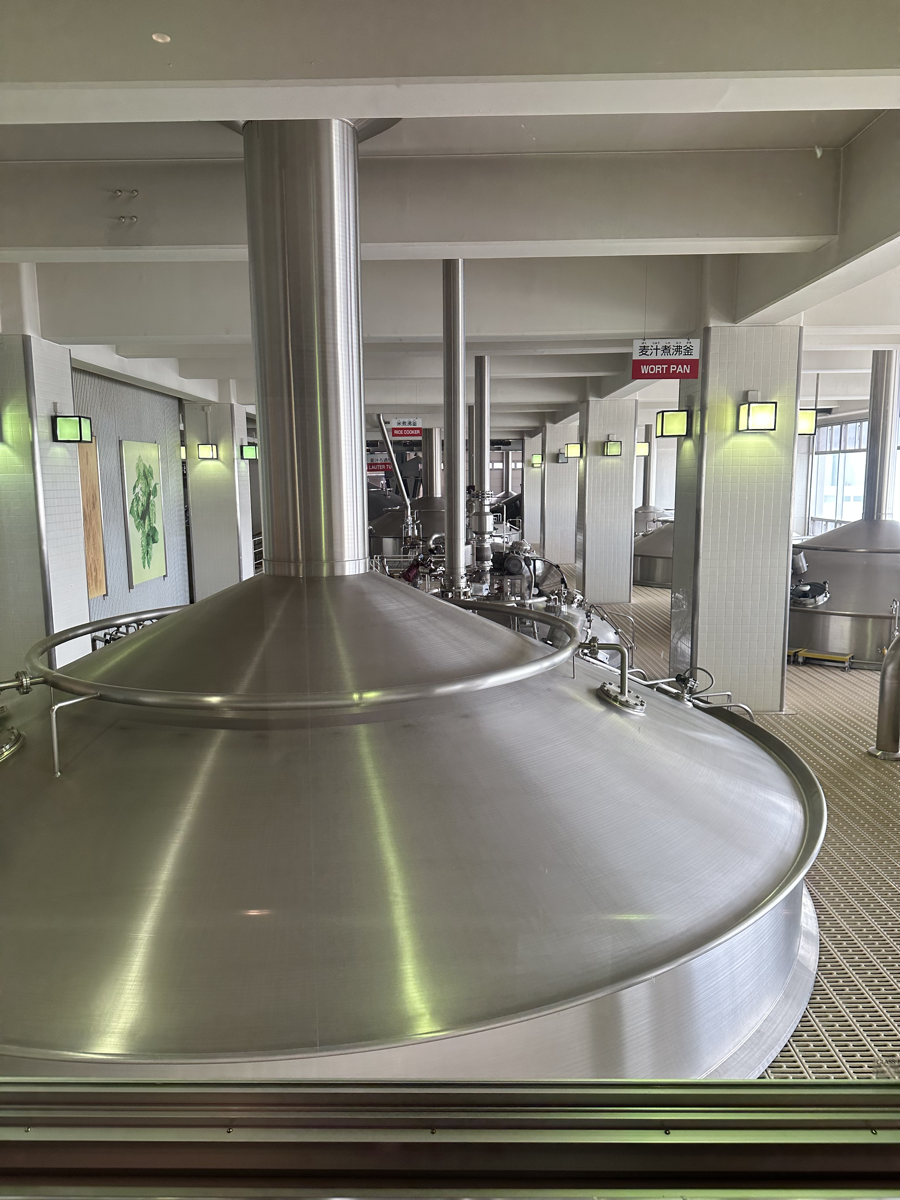 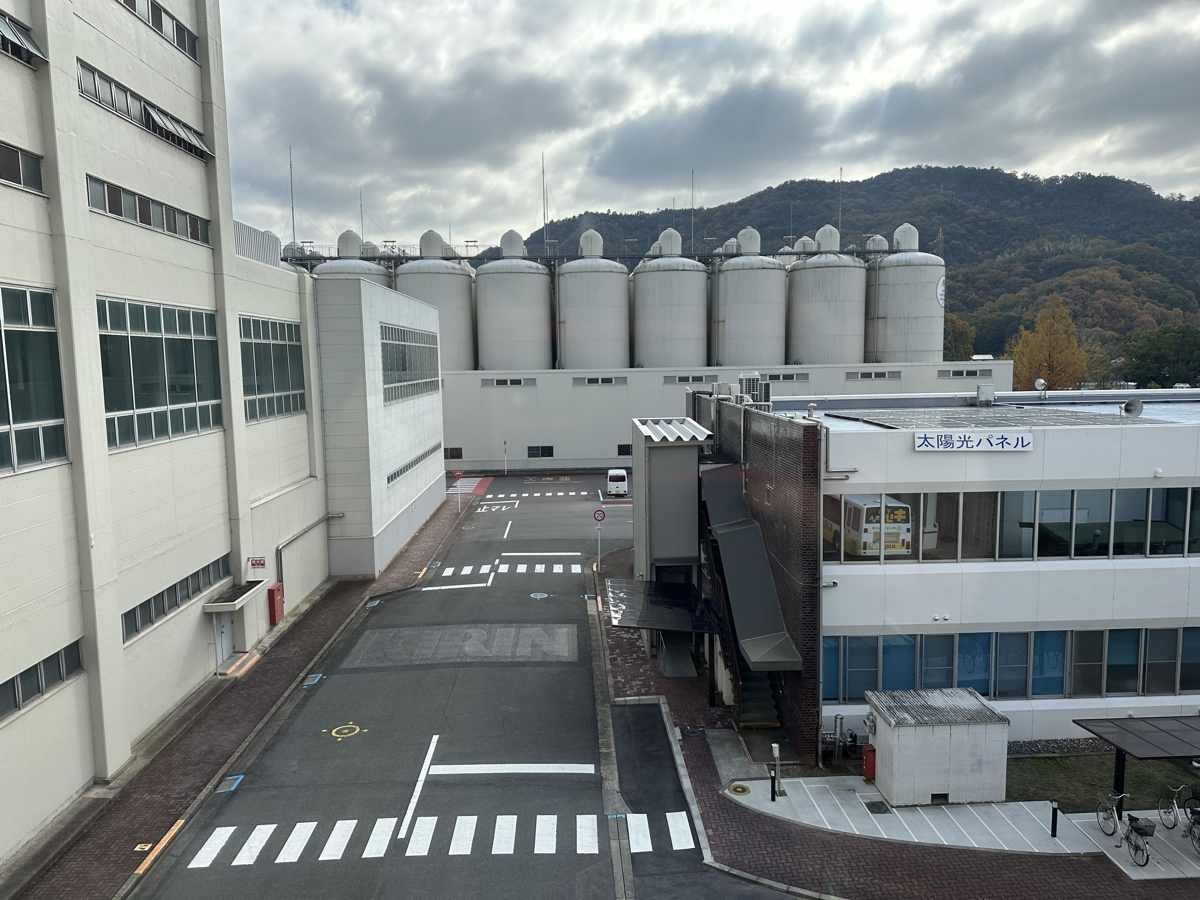 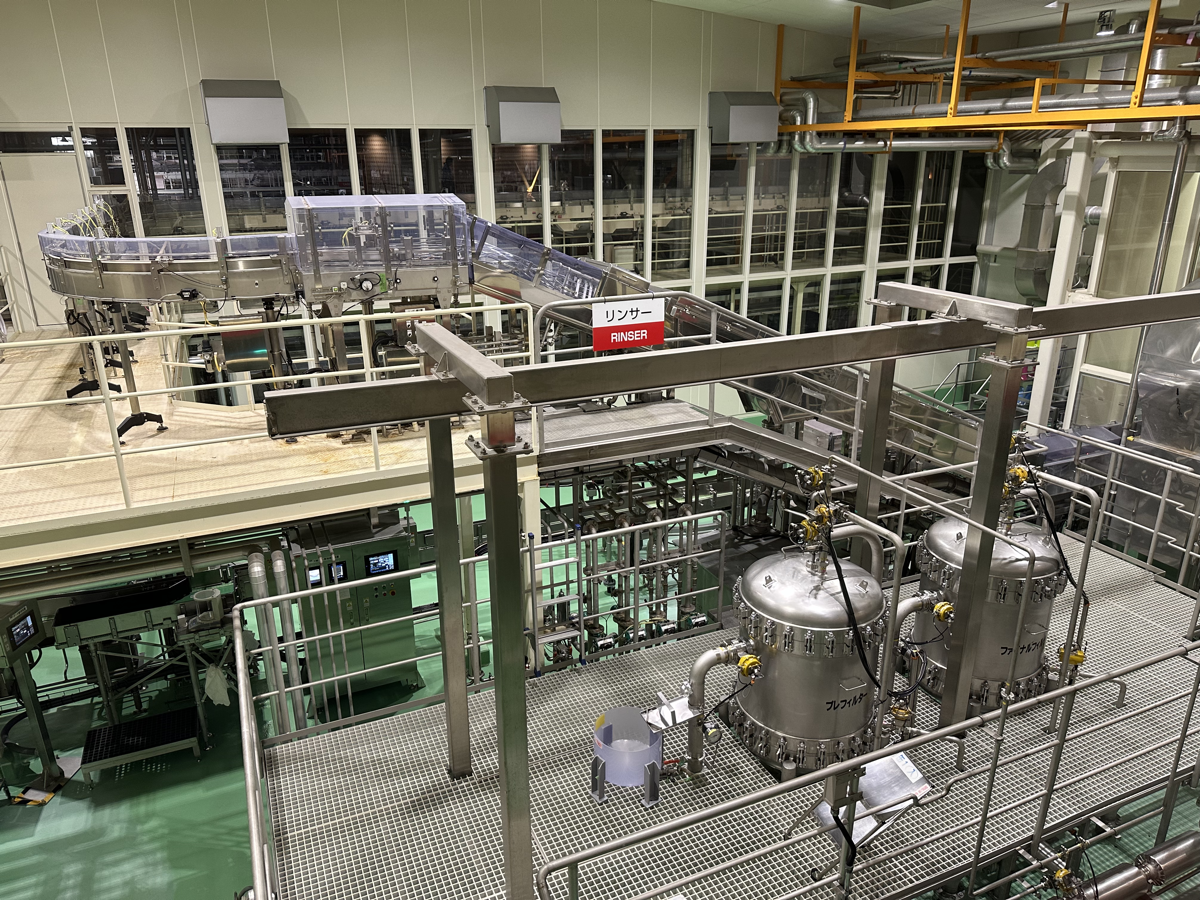 Anyway, I also asked when they hopped the beer.

We got our tastes of Ichiban Shibori. 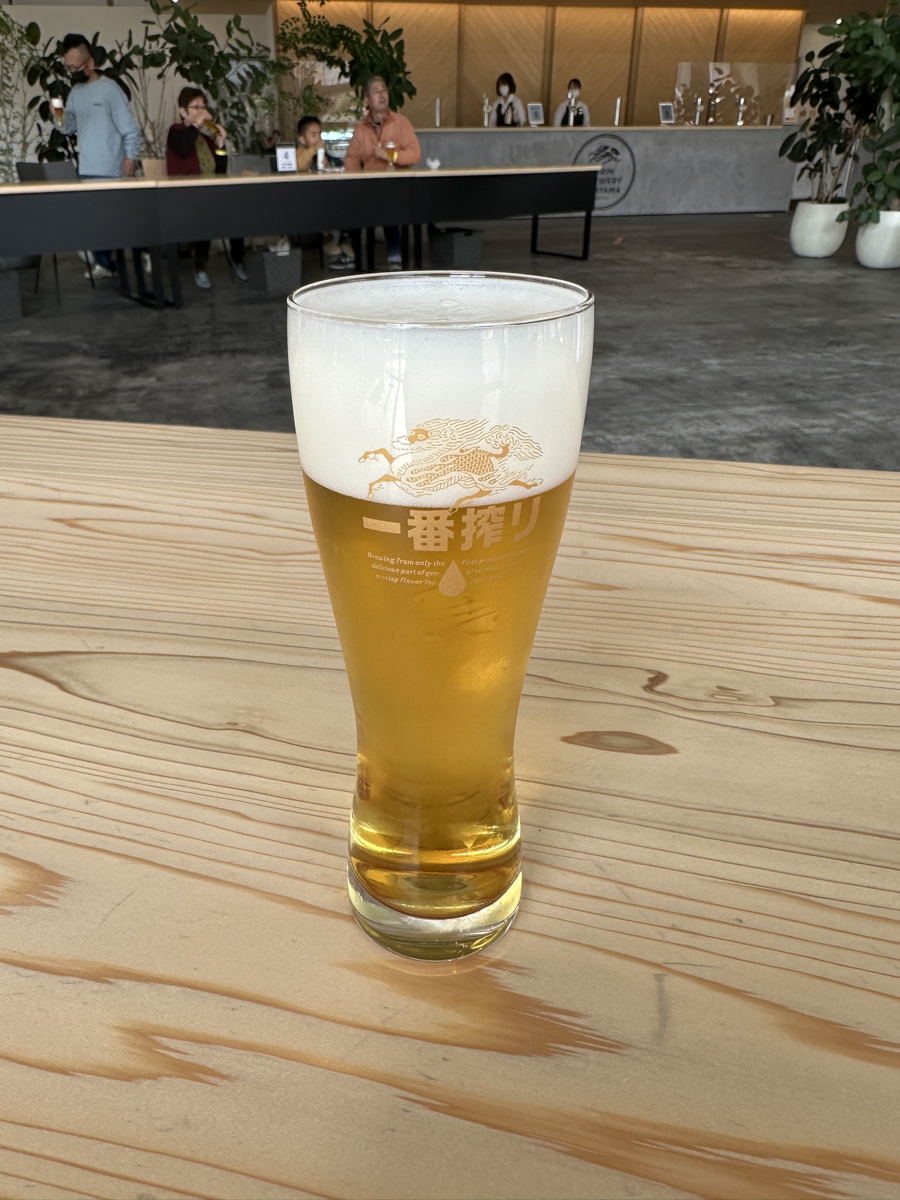 They cheat on the head. The machine pours beer when you pull the handle and pours foam when you push it. 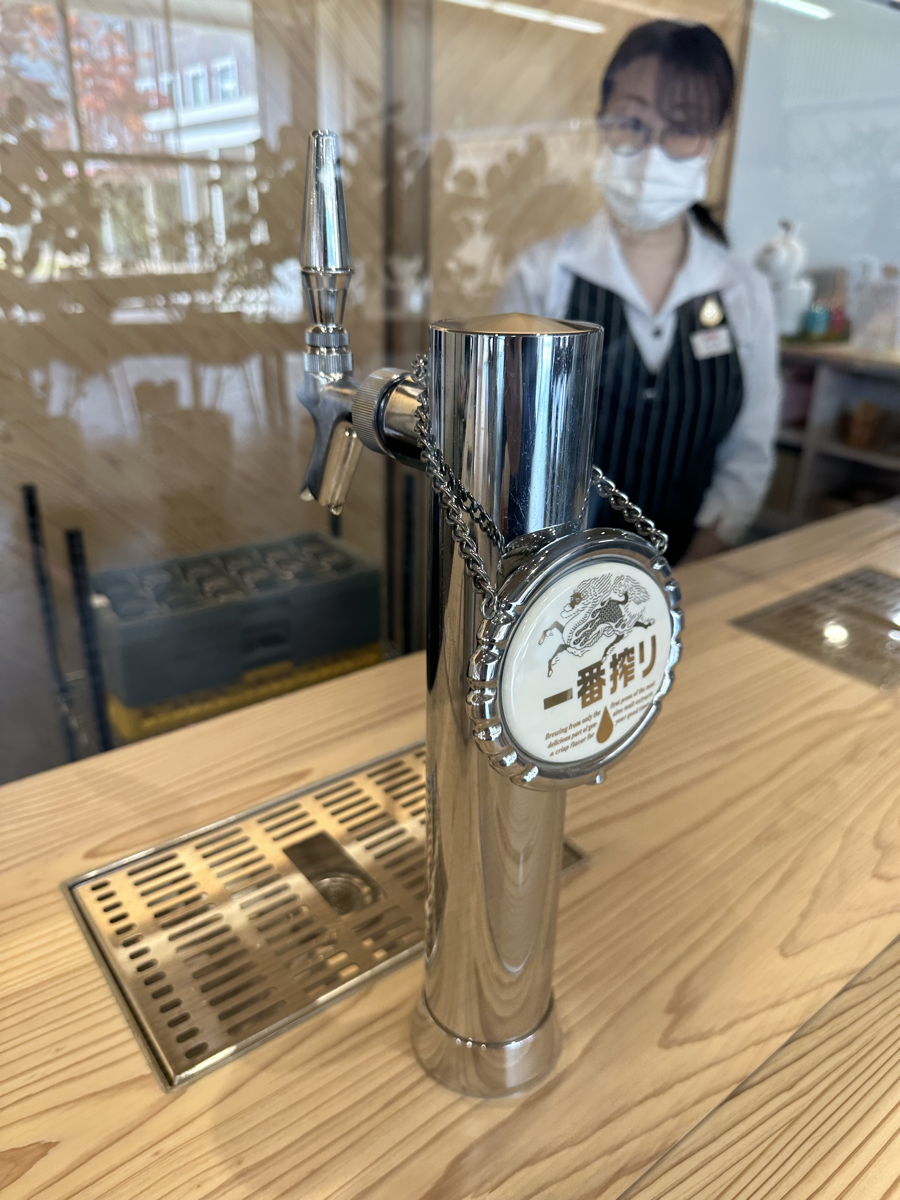 They also gave us really good snacks to go along with the beer. There’s always snacks with beer in Japan. 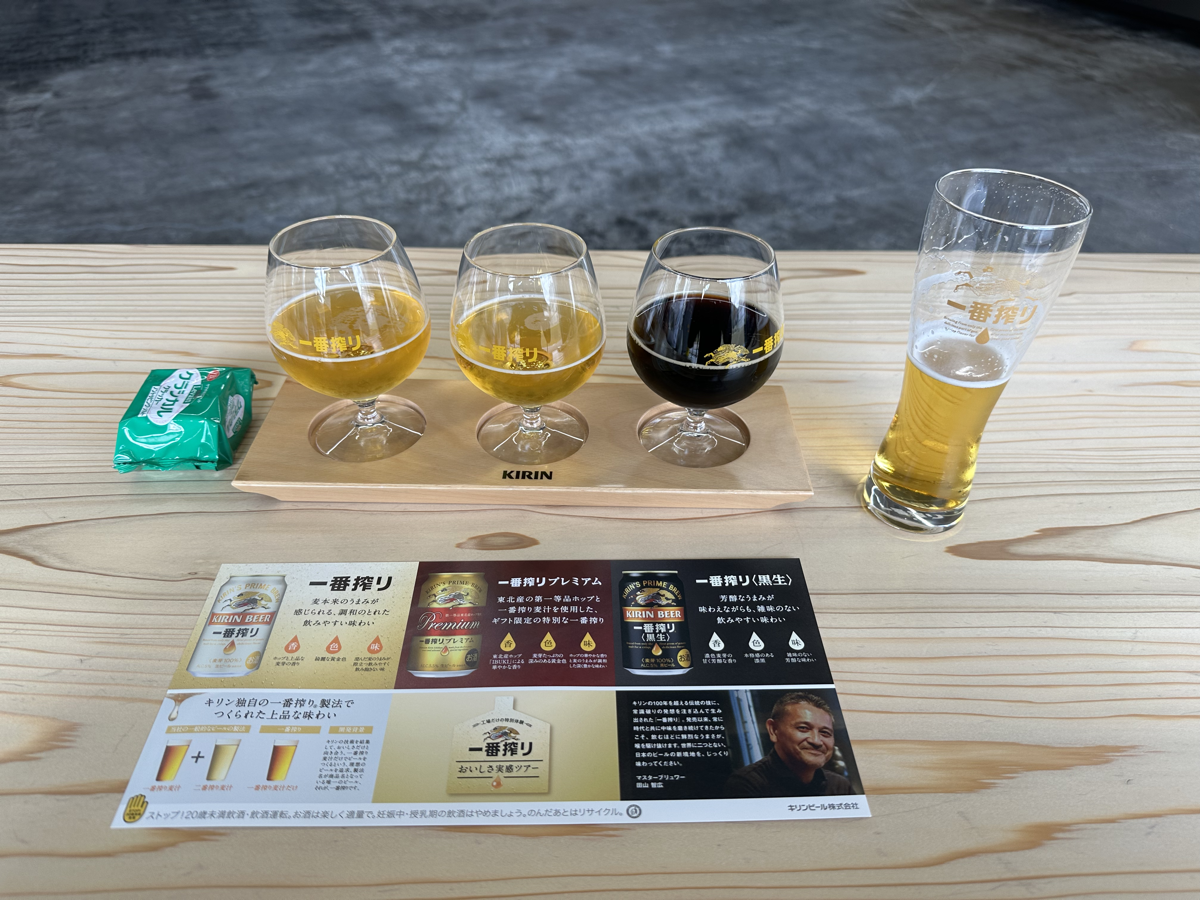 Then we found out what happens when Yumi has some beer and goes shopping. She bought a LOT of stuff in the gift store. I bought nothing (I wanted a bottle opener).

Oh, remember when I said I was cutting down my alcohol intake? I finished all that beer.

After that we got a taxi ride to a nearby town that has a shoyu factory because we wanted to try the soy sauce soft ice cream. But first, lunch. We found a curry shop that looked really sketchy because we entered from the parking lot. It was a bit fancy and I ate too much. I had the Setouchi Seafood Curry on a Bizen-ware plate. Local seafood, too. Those shrimp weren’t the usual rubbery frozen things I’m used to. 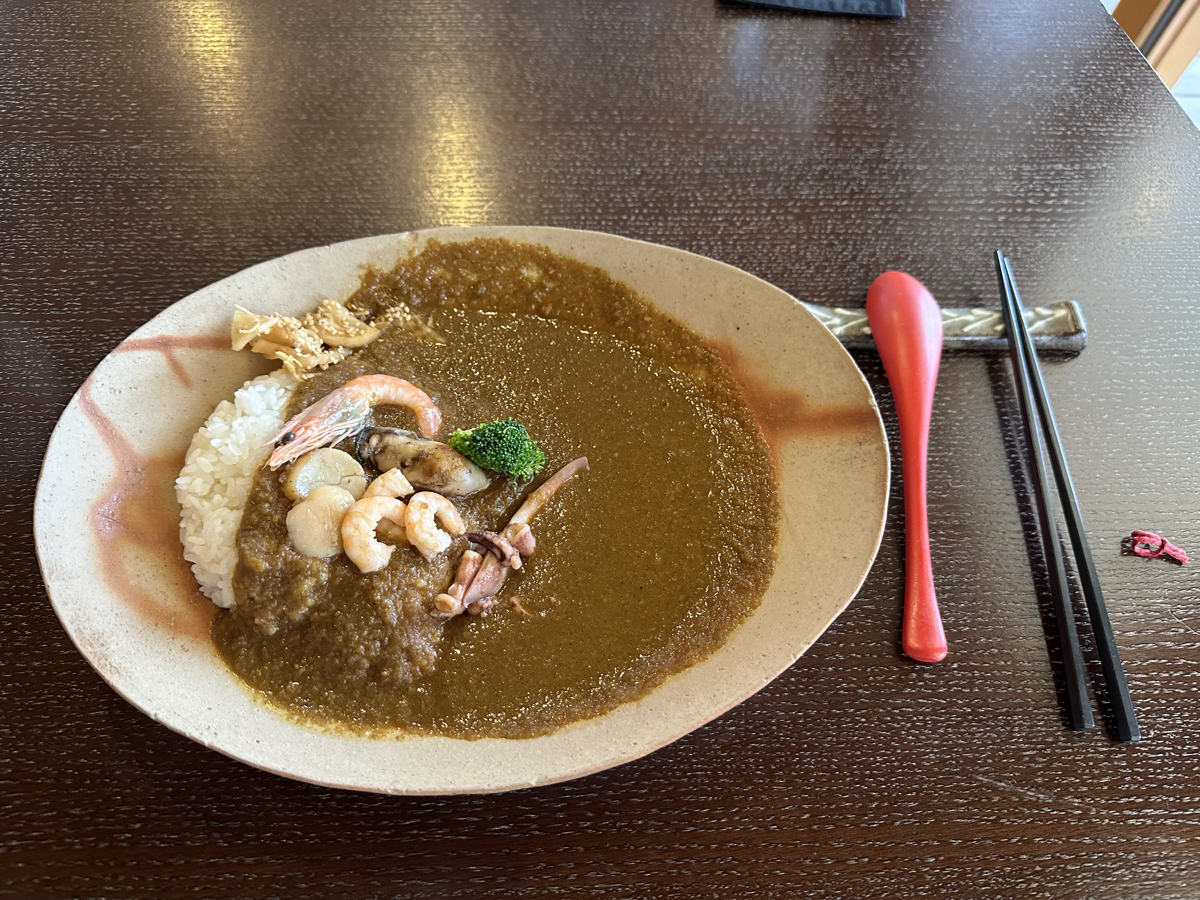 Afterwards it was off to the Shoyu factory and the ice cream didn’t really taste of soy sauce but it was quite good. 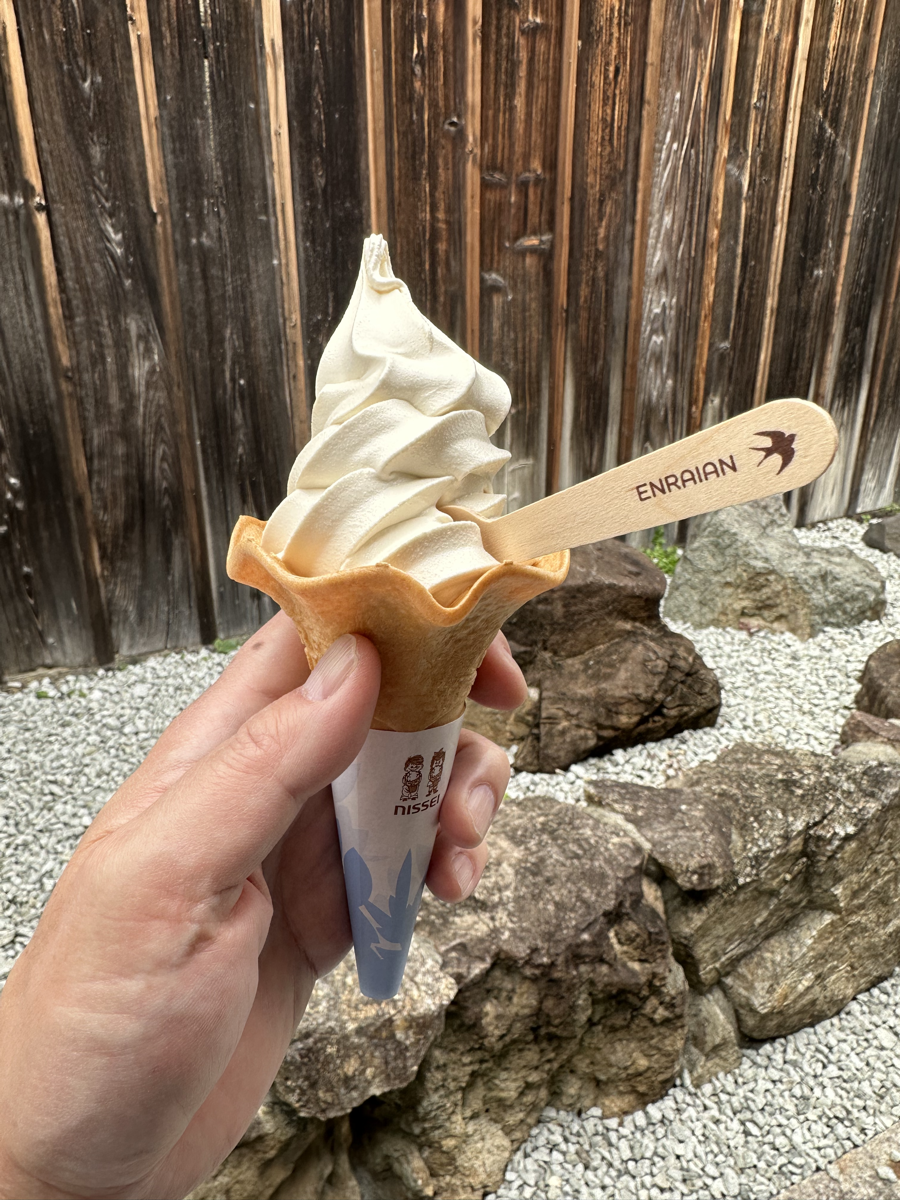 There’s only one train back to Okayama per hour and we walked to the station. This is what is there instead of an automated gate. You can also buy tickets from a vending machine. 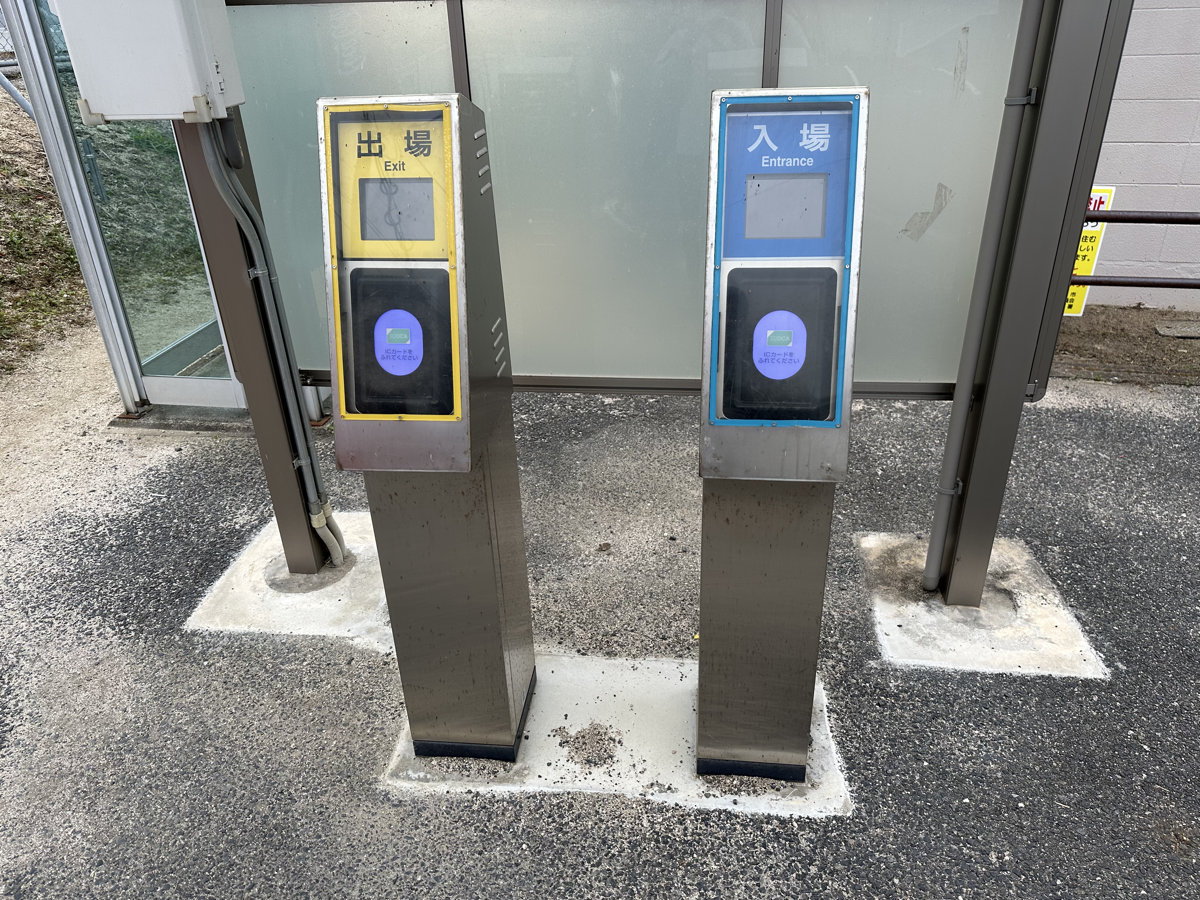 And here’s the station. We made it back to Okayama, did some shopping, and walked to Yumi’s favorite Japanese restaurant.

I had the Setouchi sushi. Very local, very tasty. Smack dab in the middle is a piece of beef sushi! 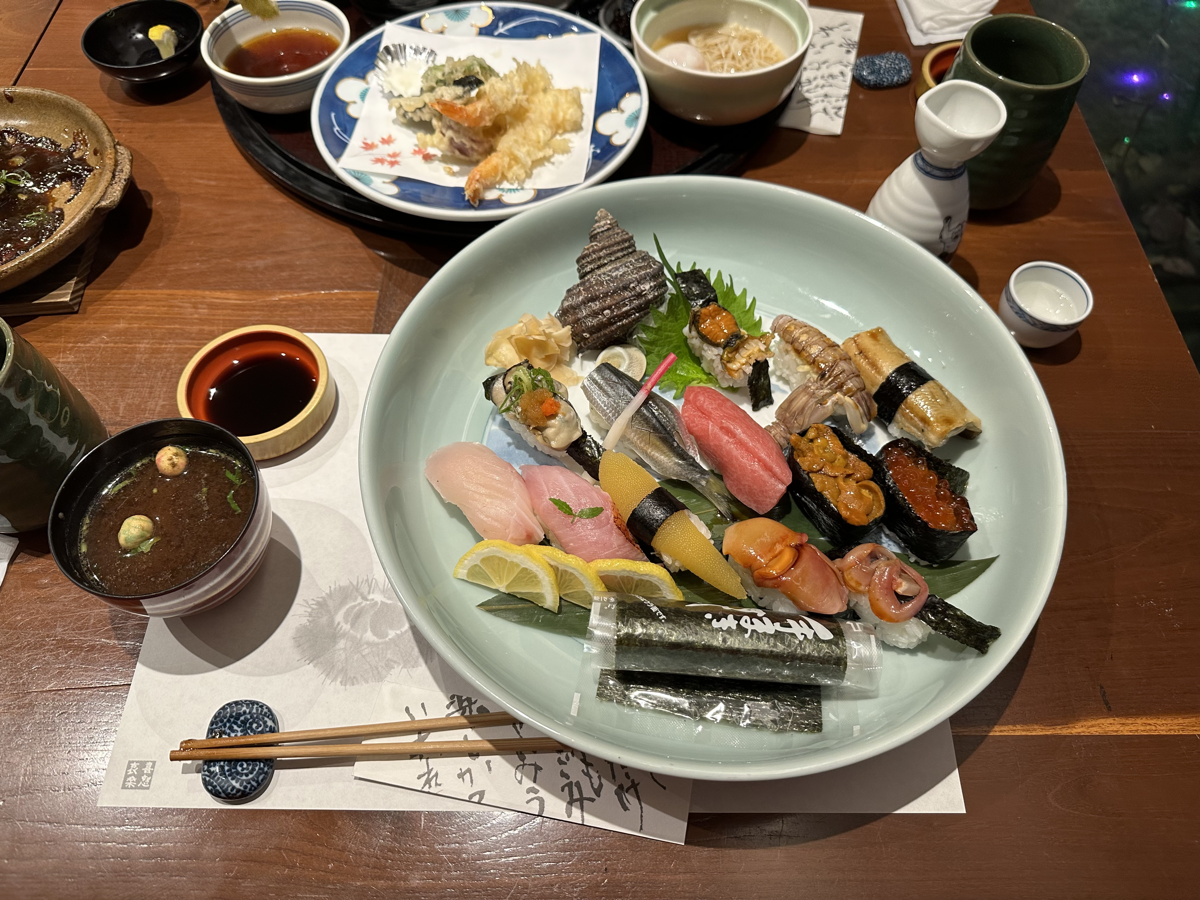