Apparently everyone is afraid of Crabby now. Actually, it’s probably a combination of a limited breakfast set menu at Hoshino Coffee plus Crabby’s crabbiness, but we tried Cafe Veloce today. It was much better than I expected and the Kaiser roll wasn’t the tasteless brick that I used to get in Boston (where they called it a bulkie roll). 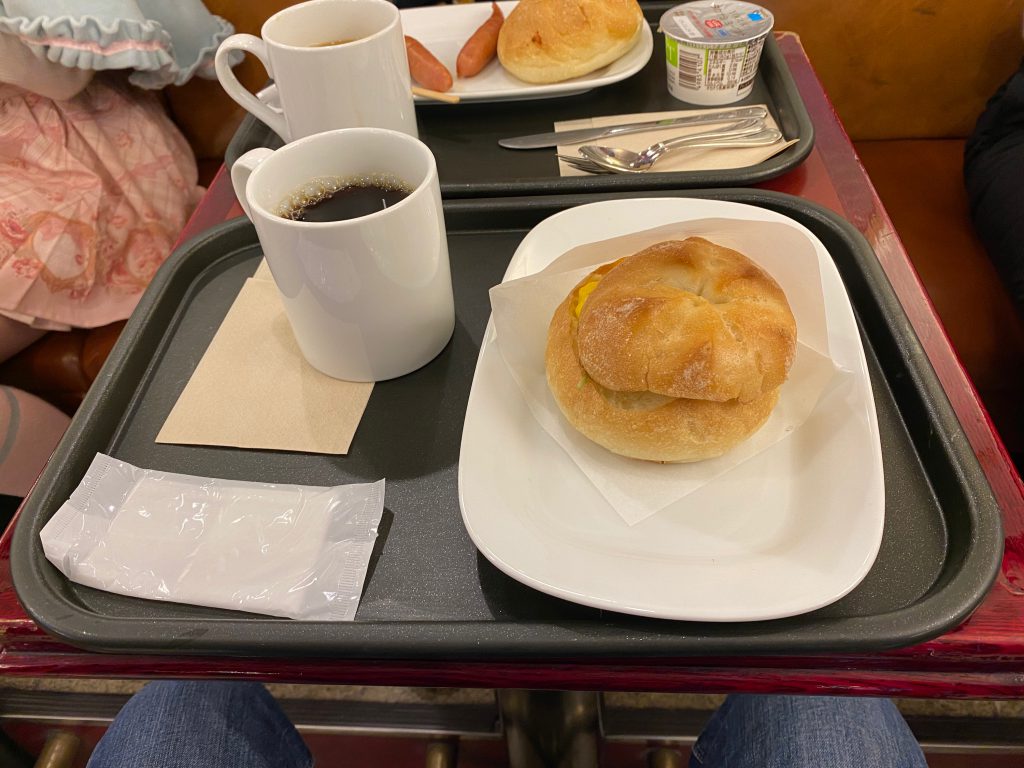 Sadie surprised us by saying she wanted to go back to Shibuya 109. Inwardly I was kind of panicking and thinking I was going back to my room to hide but my sister was able to convince her to make the trip solo. Shibuya can be a confusing place (and too full of people taking pictures in the g*dd*mn Shibuya Scramble which is just a f*cking crosswalk you stupid tourist f*cks) but if you go out the right exit the Shibuya 109 is straight ahead. Phew.

My sister and I did some very gentle shopping (old people shopping) in Shinjuku and even had lunch in the Keio Department store, where the customers on the restaurant floor probably all had 20 years on us. And I’m not young. I was going to get the same thing I had once before (gratin & Croque Monsieur) when I saw beef stroganoff on the menu. My mom used to make Japanese beef stroganoff and so that’s what I got. 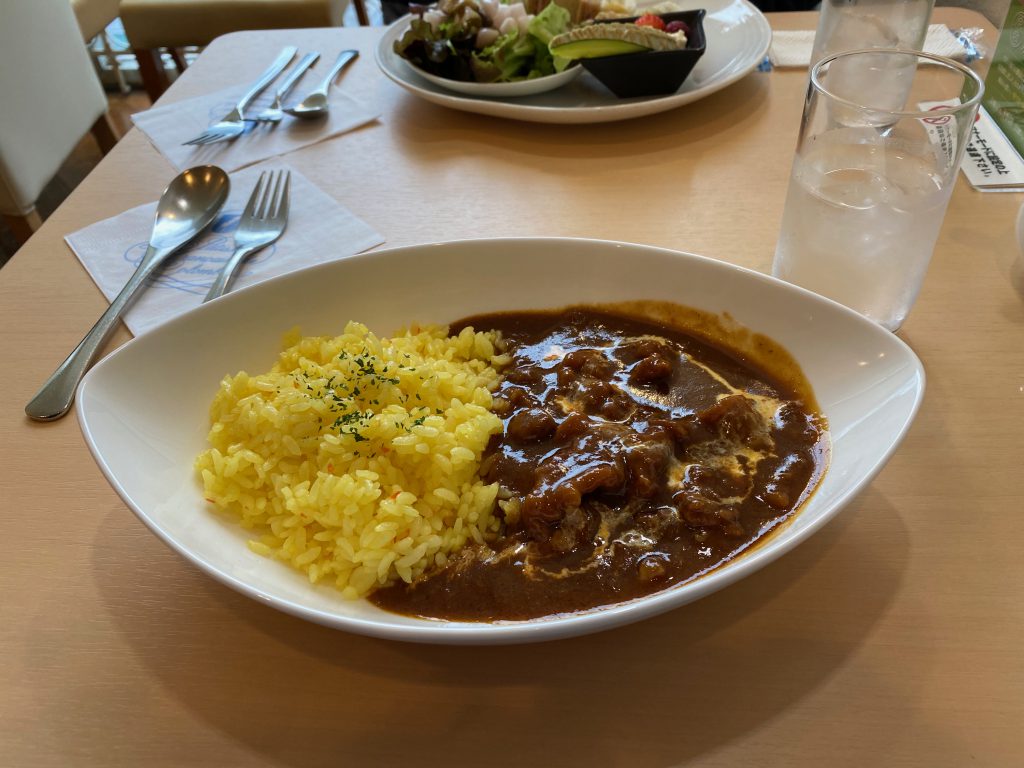 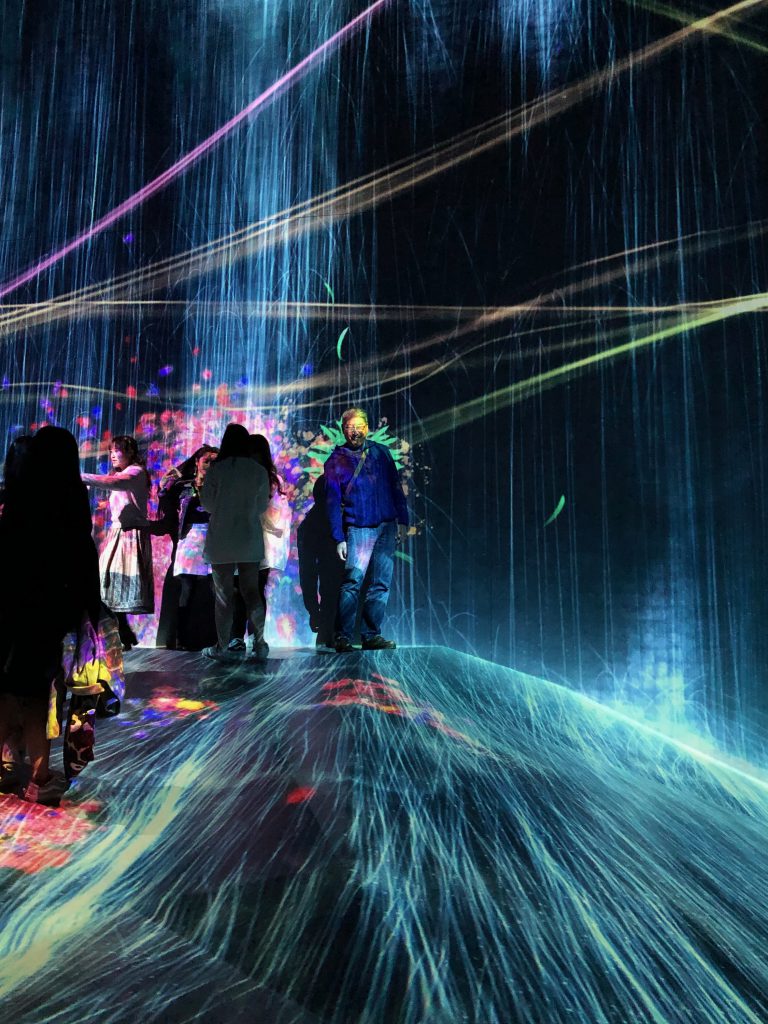 Lots of people taking pictures or just looking at their phones. I guess my sister took another picture of me in the LED light room which was one of the amazing rooms. 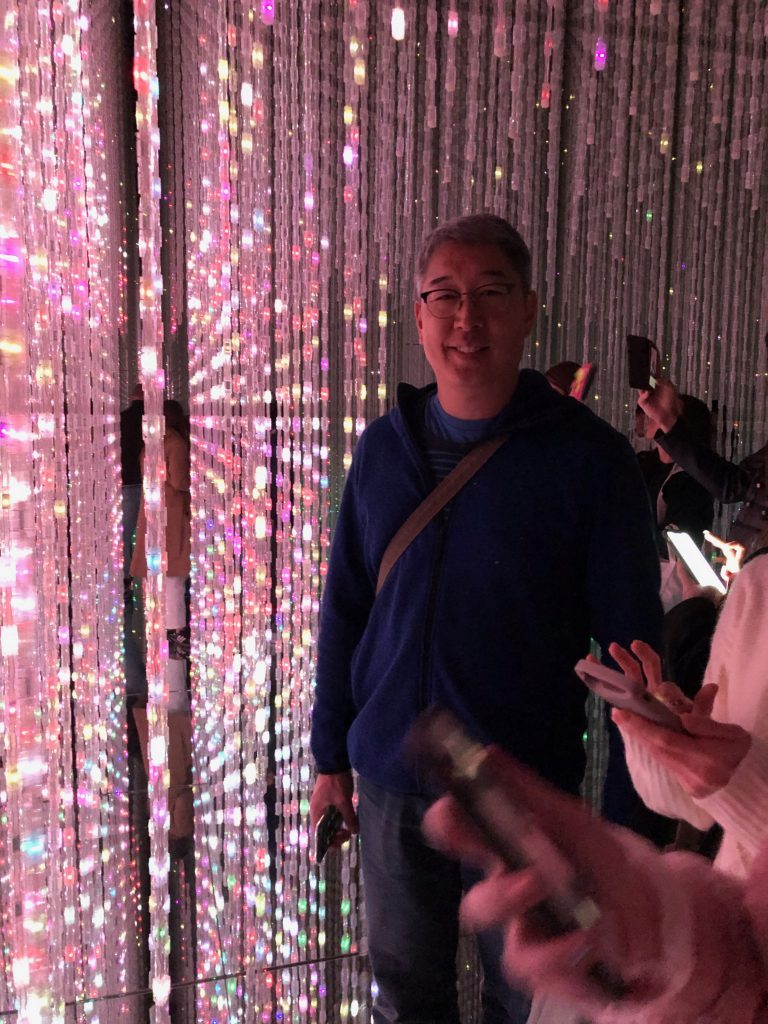 Team Lab Borderless is in Odaiba, which is an island built on an artificial island. We decided to go to dinner on the island and it was a long slog. A lot of the malls had awful food and our first try at finding an udon restaurant was a bust because at night they switched to just an izakaya.

We finally decided to go to Bills and that was pretty good. 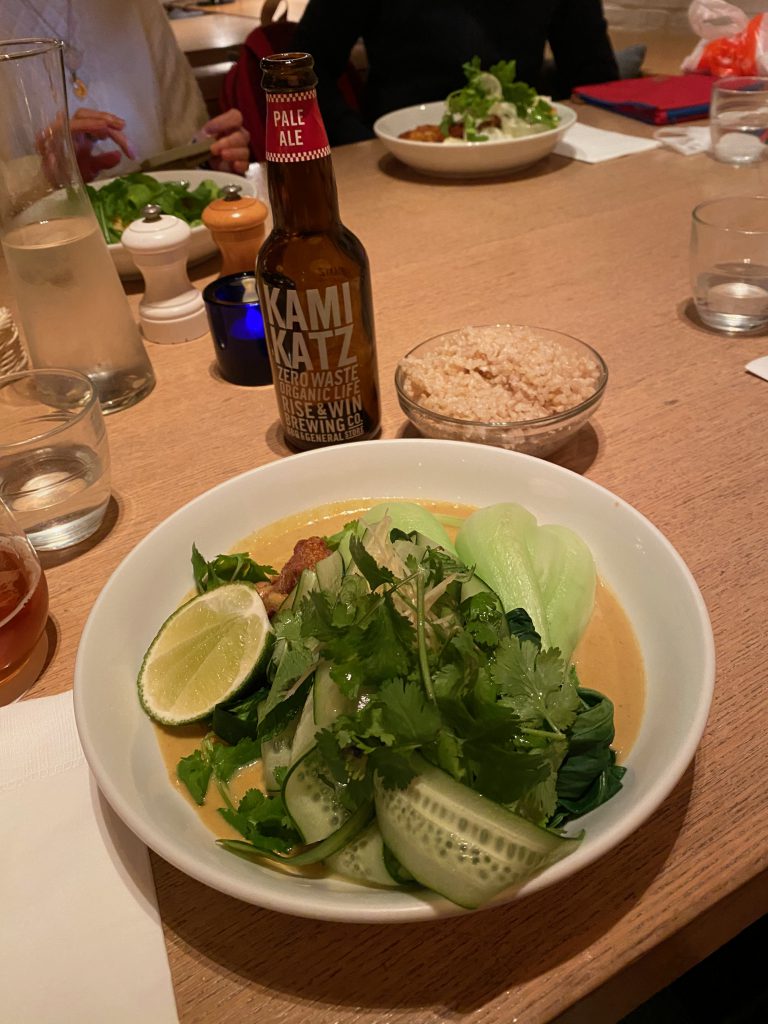 We got back late. If we keep this up I’m going to need a long vacation from my vacation.

Bad Behavior has blocked 50 access attempts in the last 7 days.