Oh boy, I’m too old for a full day of shopping, but that’s what we did. I think I may ditch my sister and Sadie and hide somewhere tomorrow. I know that won’t happen but I can dream, can’t I?

I also didn’t sleep well. Neither did my sister. I think the tiramisu we both ate had a bunch of caffeine in it, but that’s just my guess.

We went back to see Crabby at Hoshino Coffee and my sister confirmed that she is not only crabby but kind of frightening as well. I was happy to find out that I wasn’t just imagining things. 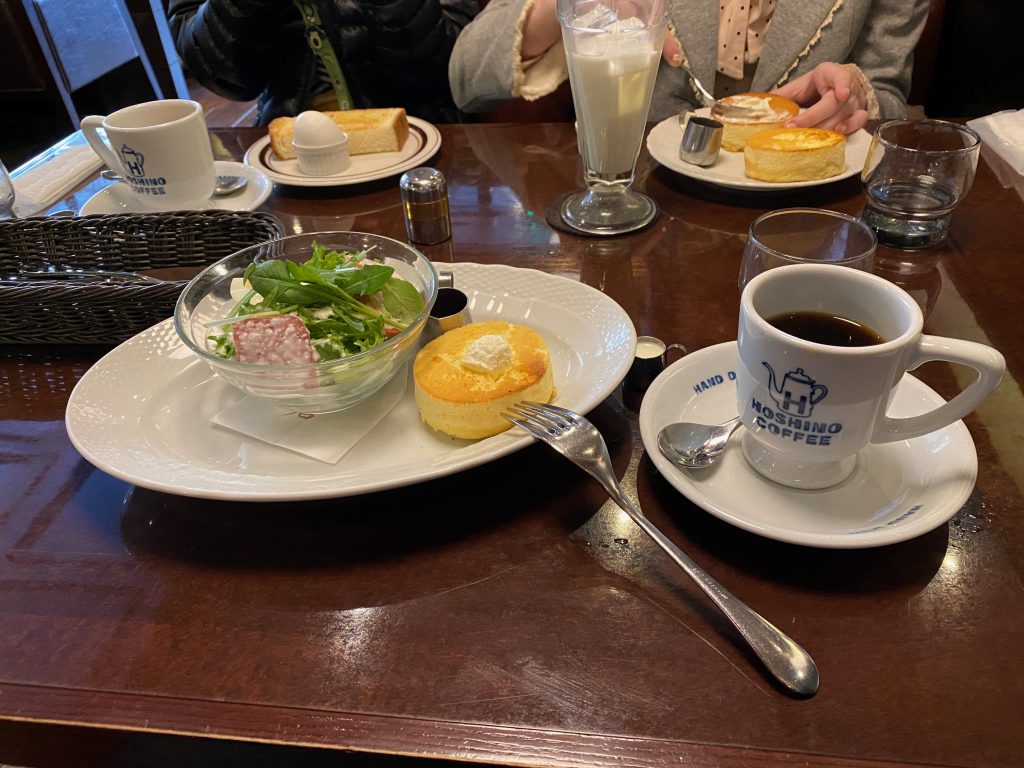 After that it was off to Shibuya to the Loft, and then I suggested Sadie go to the Shibuya 109 because it’s meant for young girls and not for creepy old dudes like me. I refused to go in. Later I was told by someone much younger than me that you probably have to be in your early 20’s at the oldest (and female) to shop there. Sadie never made it to all the floors and went back after lunch.

Lunch was at Harbs, a restaurant/cake store where my sister and I got so much sugar that we felt sick afterwards. Fortunately, the lunch set only came with a half-slice of cake. We didn’t get much of a choice, either. Everybody but me got the rare cheesecake. Everybody but me go the bacon, spinach, and tomato pasta. I had chicken and mushrooms and some sort of cake that was more fluff than anything. 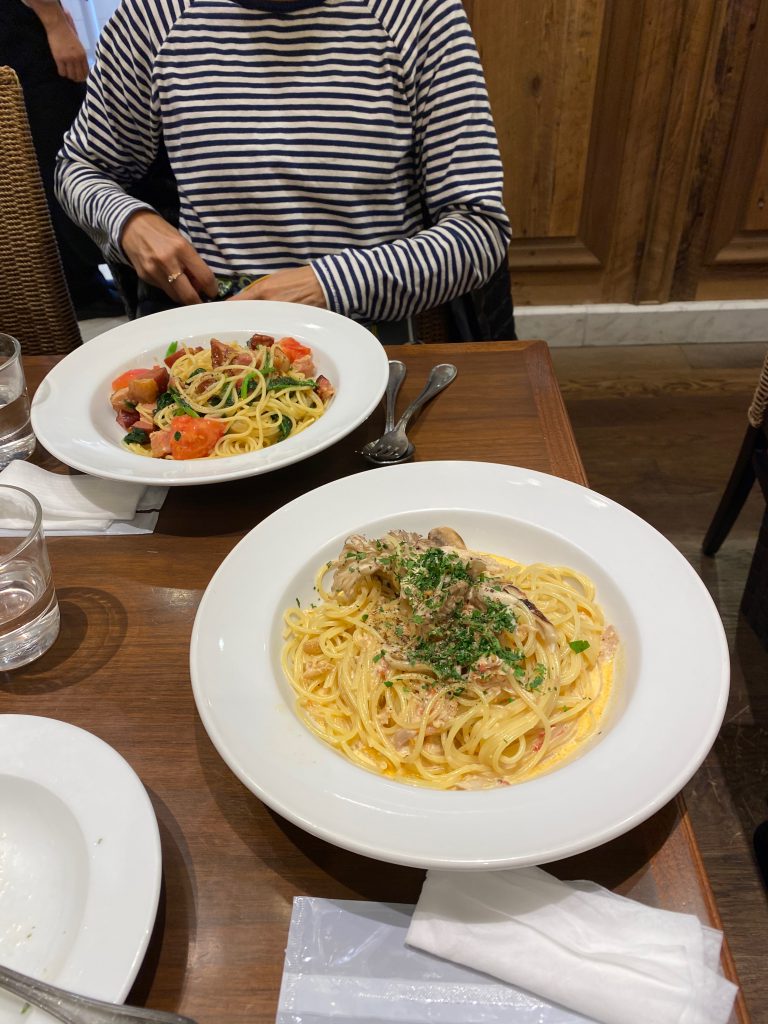 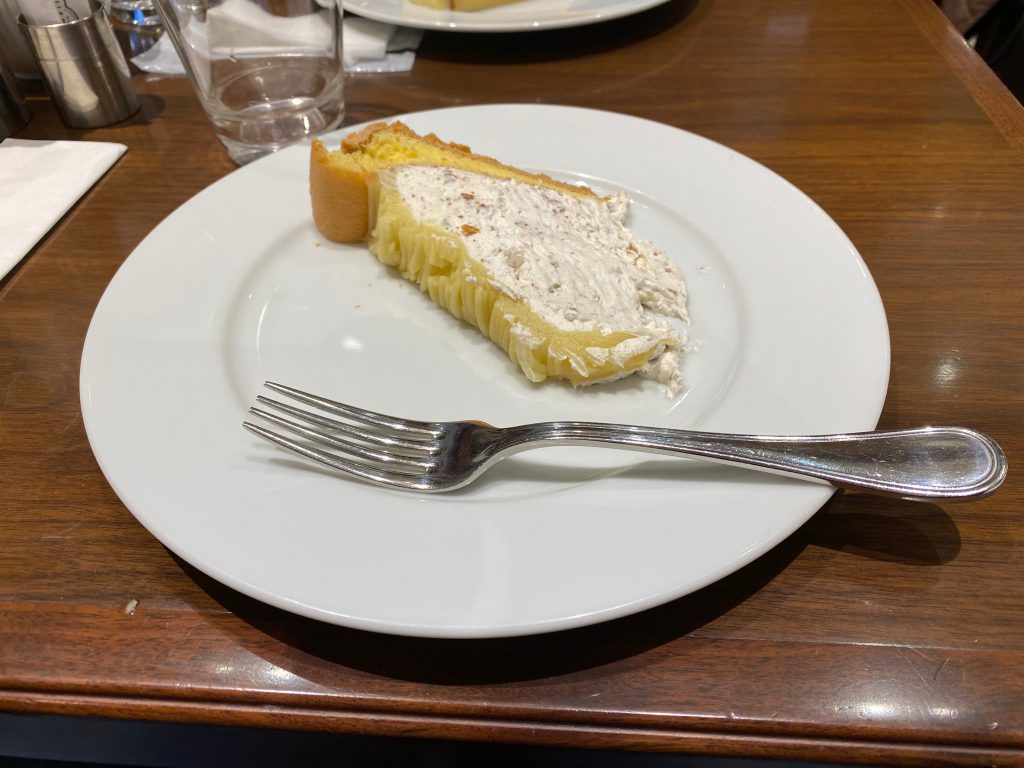 A tiny piece as well.

Sadie went back to Shibuya 109, as I said, and we went to Don Quixote where my sister found special Q-Tips. Or should I say “cotton swabs” since they weren’t the nasty Q-Tip brand. Then we went to a bookstore and then we both dragged around and waited for death. I mean, we waited for Sadie to finish shopping.

For dinner we went to eggslut and I had the something-something 20 burger again. I forgot what it’s really called. My sister had the slut and a salad. It was as tasty as I remember. 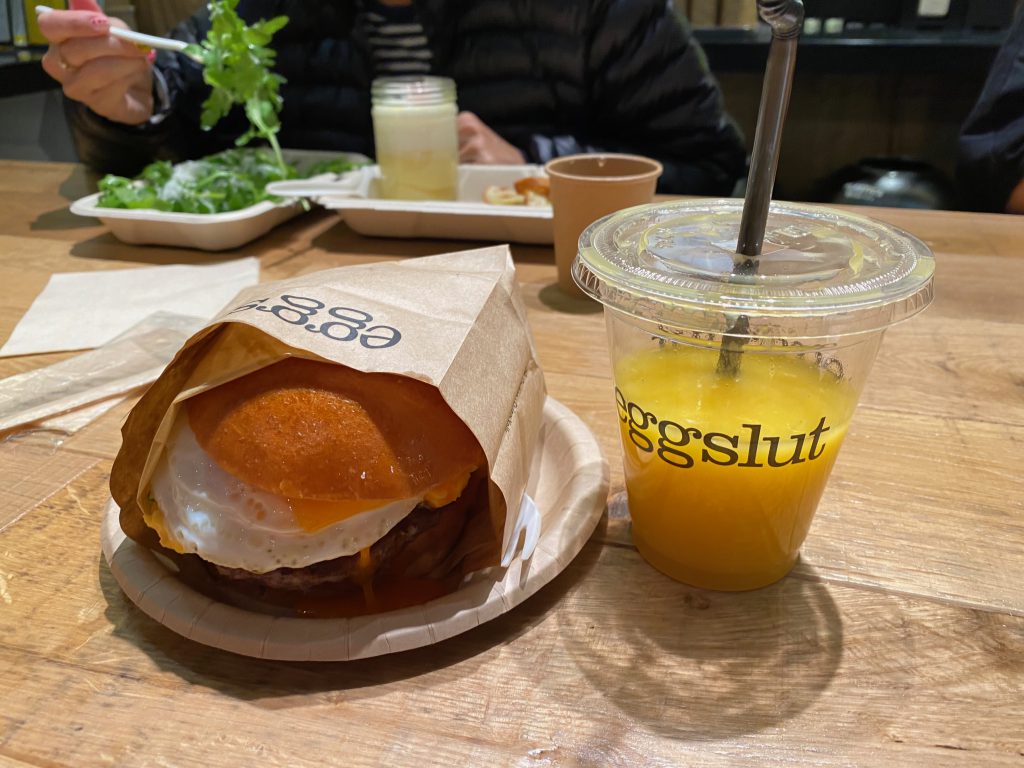 And that’s it for today. I may pass out soon, but I really want to finish watching Mission: Impossible 4. I’ll have to find some sort of compromise.