I made it to the “easternmost point” of Japan! Had to get up at 5am to make it to the airport early and ran into some snags. I guess you need to sign up for bus tickets early because when I got there at 6, all the buses (every 10 minutes) were full for another hour! So I took the train, which was another mess. They better get this sorted out before the Olympics.

JAL was another mess. I didn’t have any direct confirmation from the airline because I bought my ticket through a third-party. ANA just had me stick my passport in the machine and I was expecting something similar. JAL needs either a QR code or a JAL-branded card. Yeesh. Took them a while but they looked me up and got me on my way. Good thing I left early. 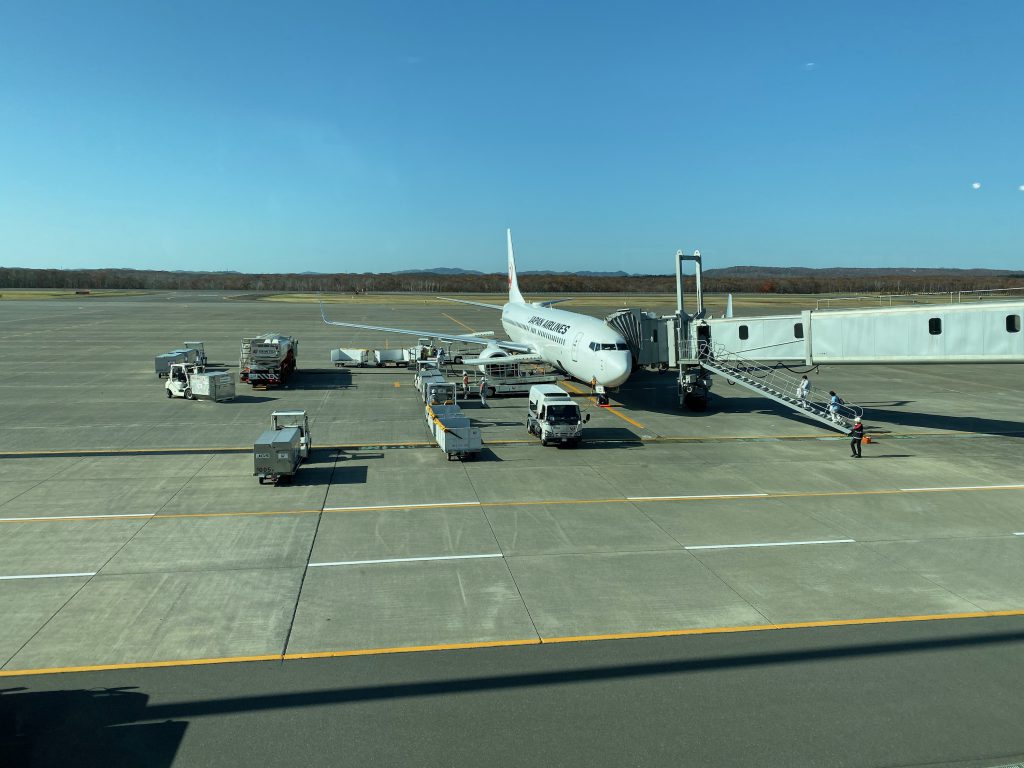 I knew it would be a bit of a drive, but I couldn’t figure out the navigation system or the Bluetooth connection on the way out. Much colder up north but a nice clear day and a lot of roads that looked like this. More than three hours of this. 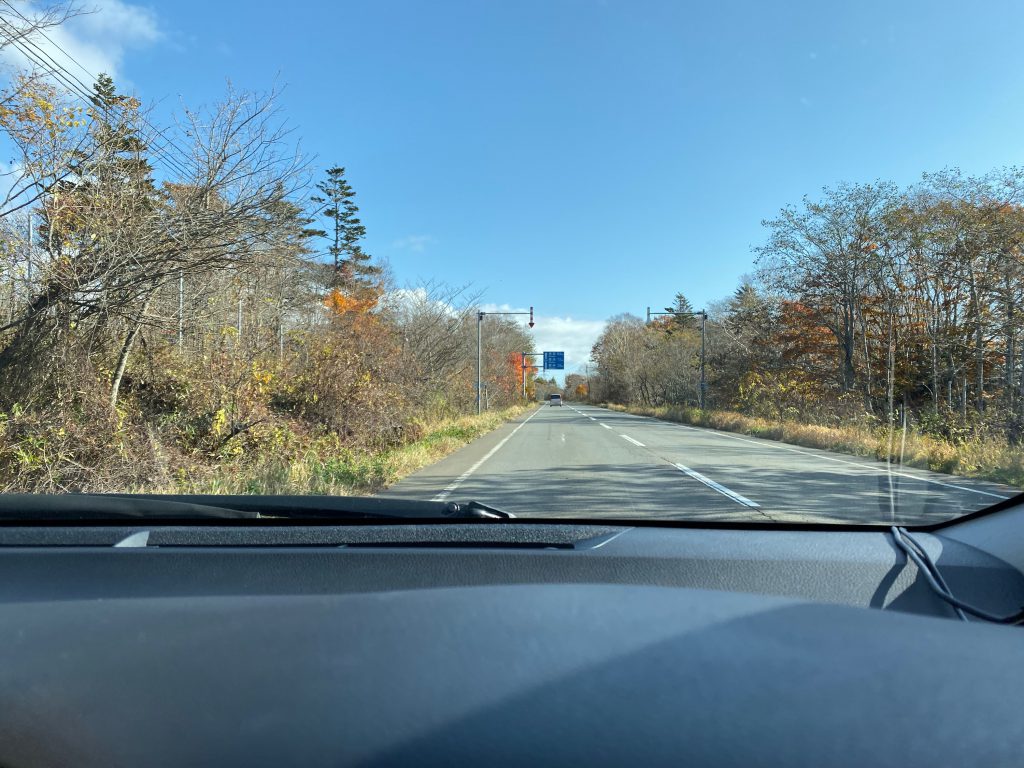 But I made it! 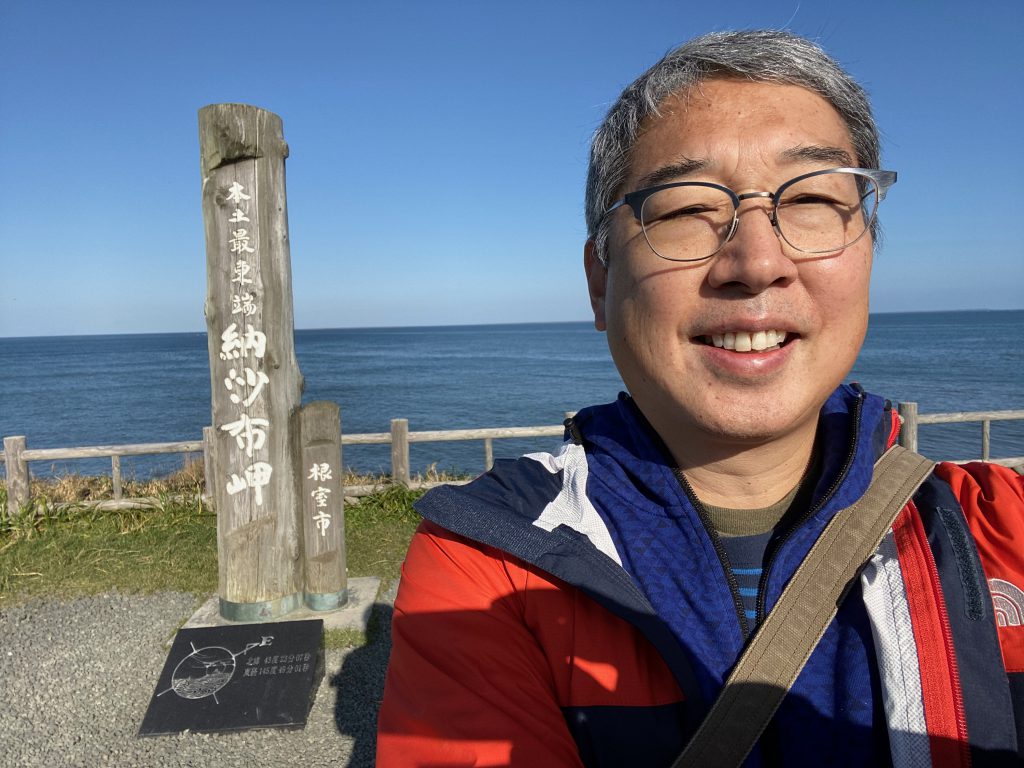 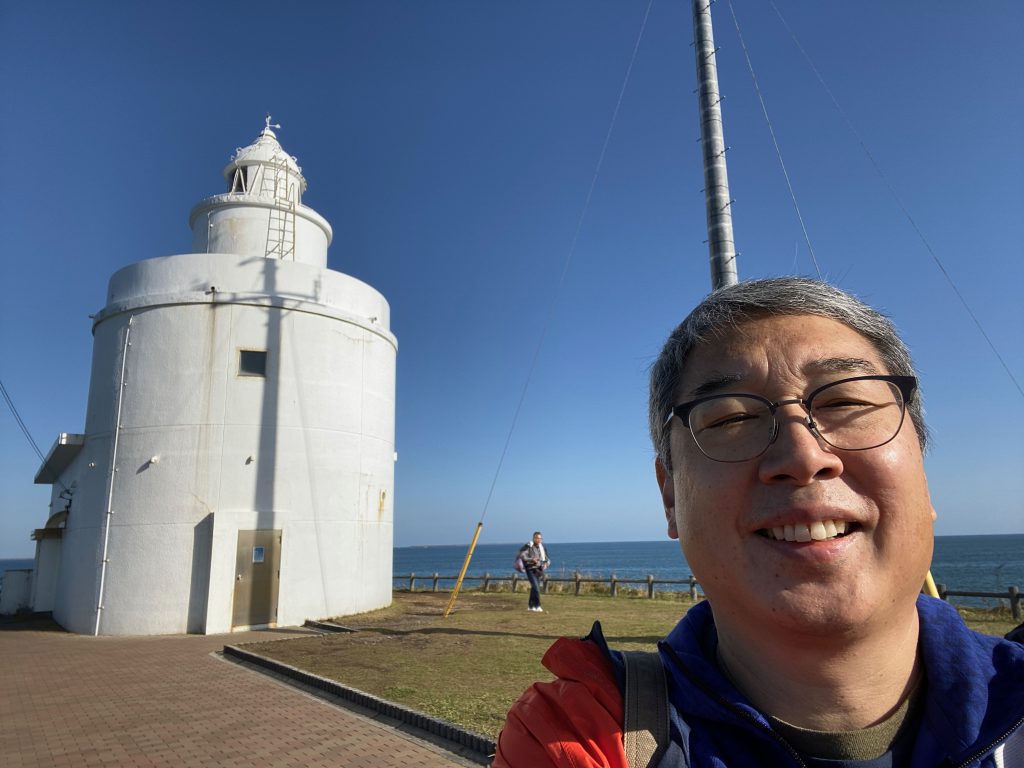 And a picture from above. Several of those building appear to be museums talking about how they want their islands back from the Russians, and I didn’t understand why until I got up into the tower. There’s a speck in the middle left that’s a Japan Coast Guard patrol boat and a speck in the middle right that’s Signaly rock which is Russian territory. With the naked eye it looks like it’s less than a mile away. You can see large islands farther out that are also Russian territory. 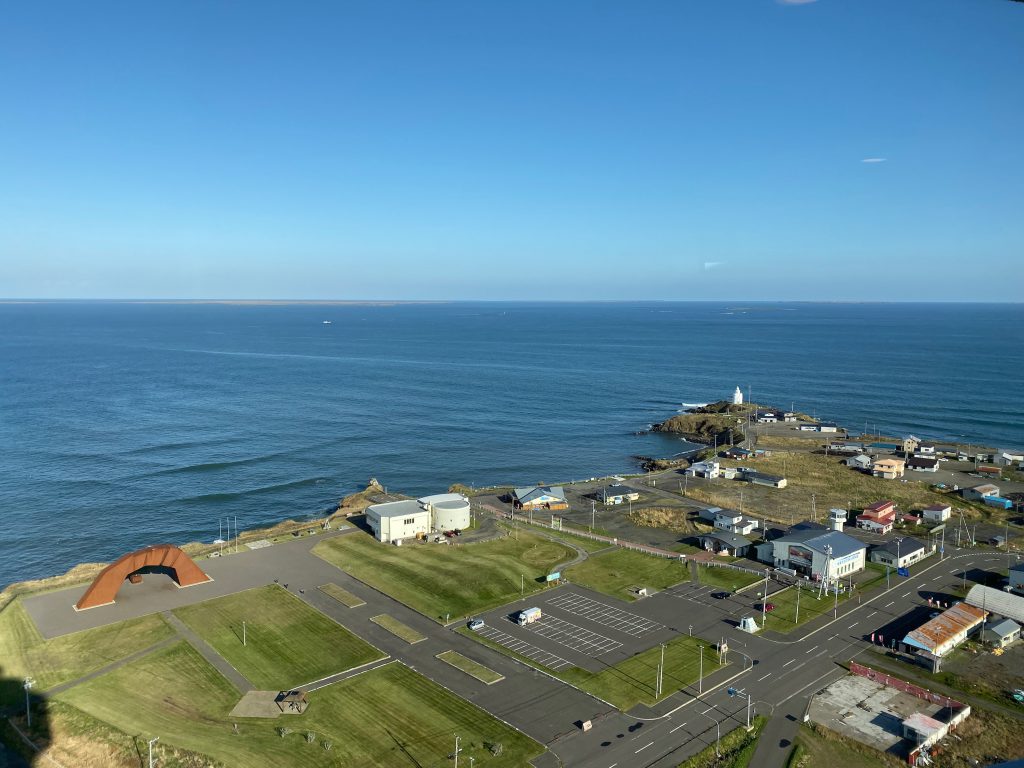 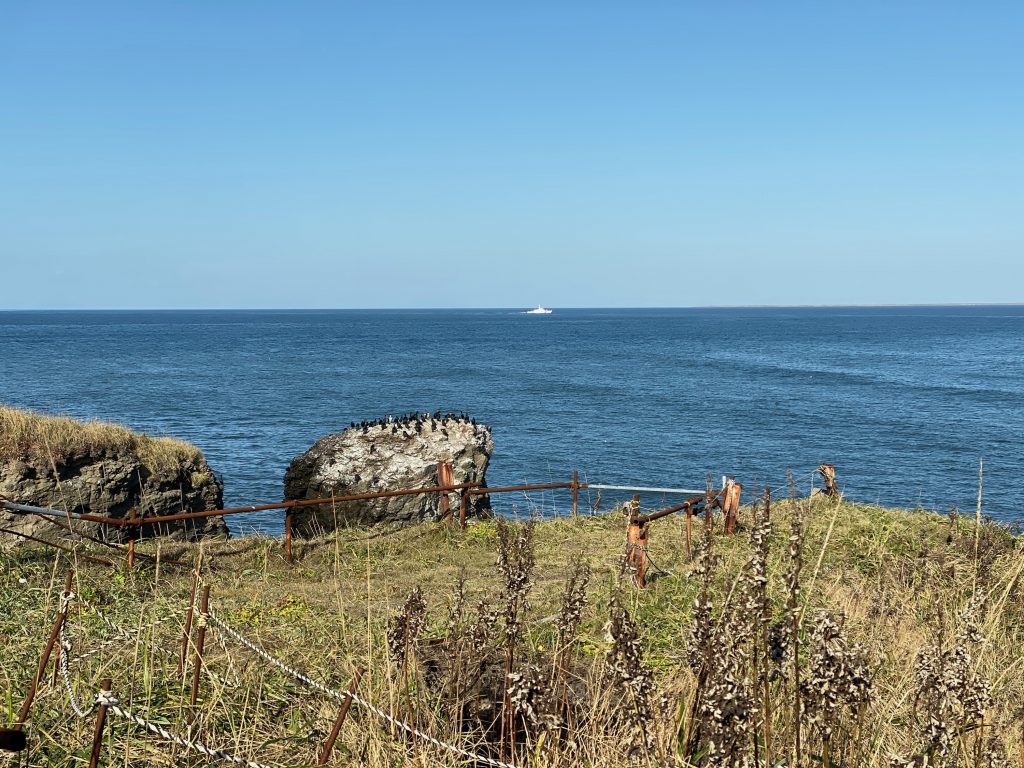 It’s pretty, and kind of remote. 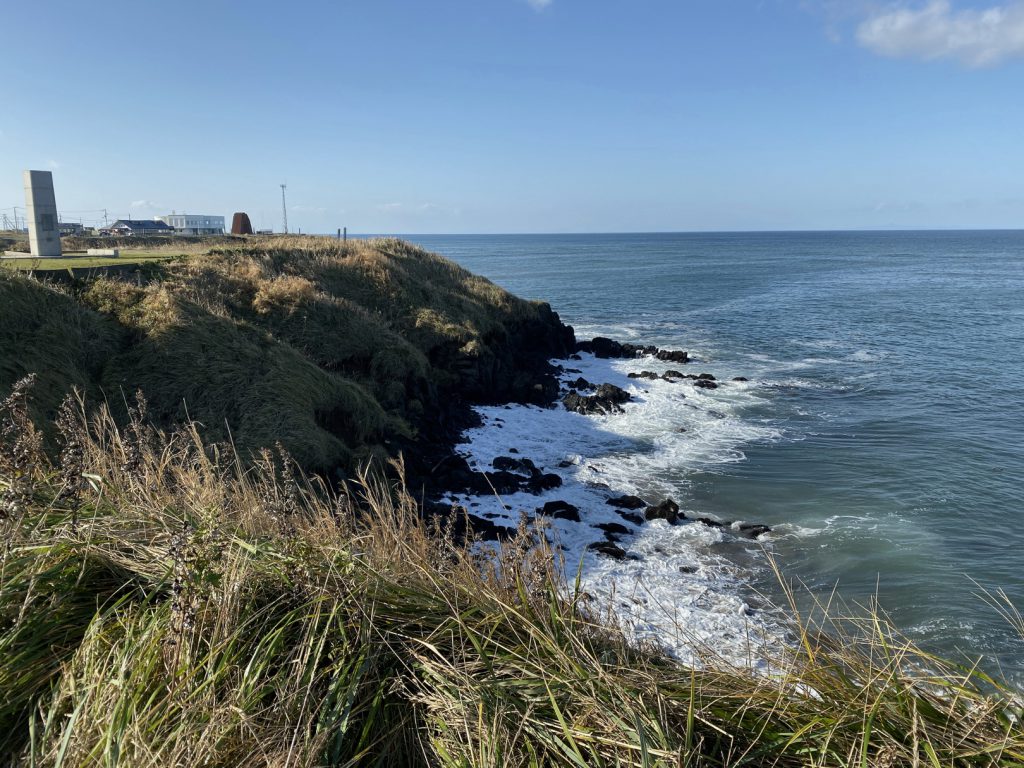 Lots of memorials and I’m not sure what they’re all for, besides wanting the islands back. 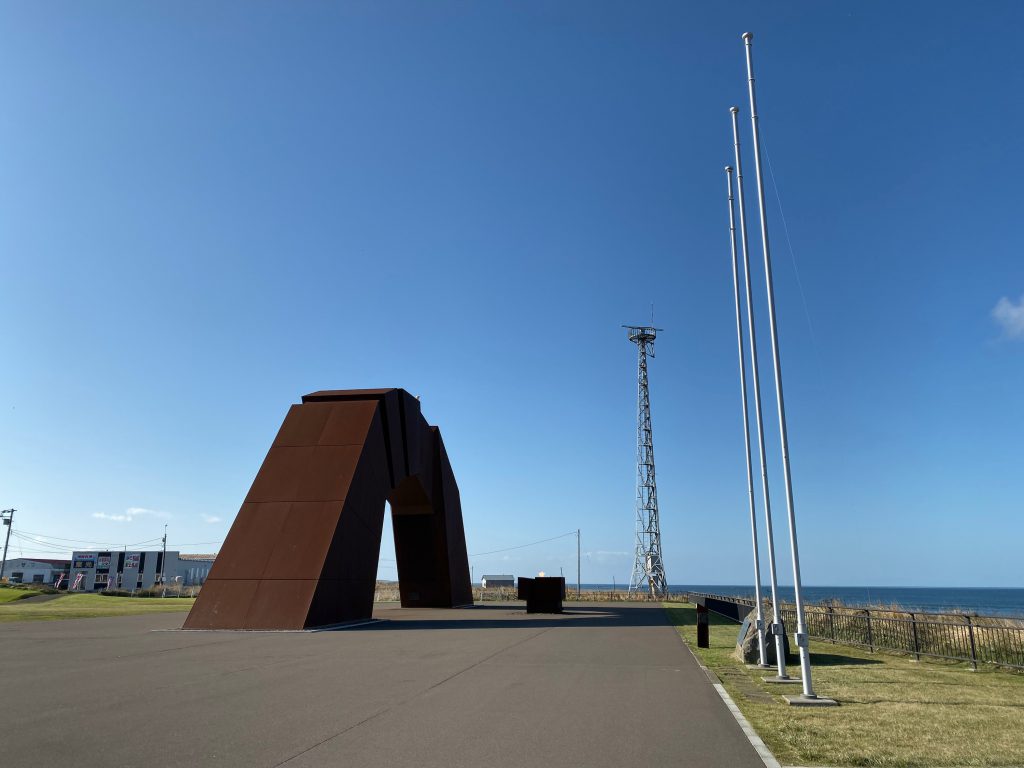 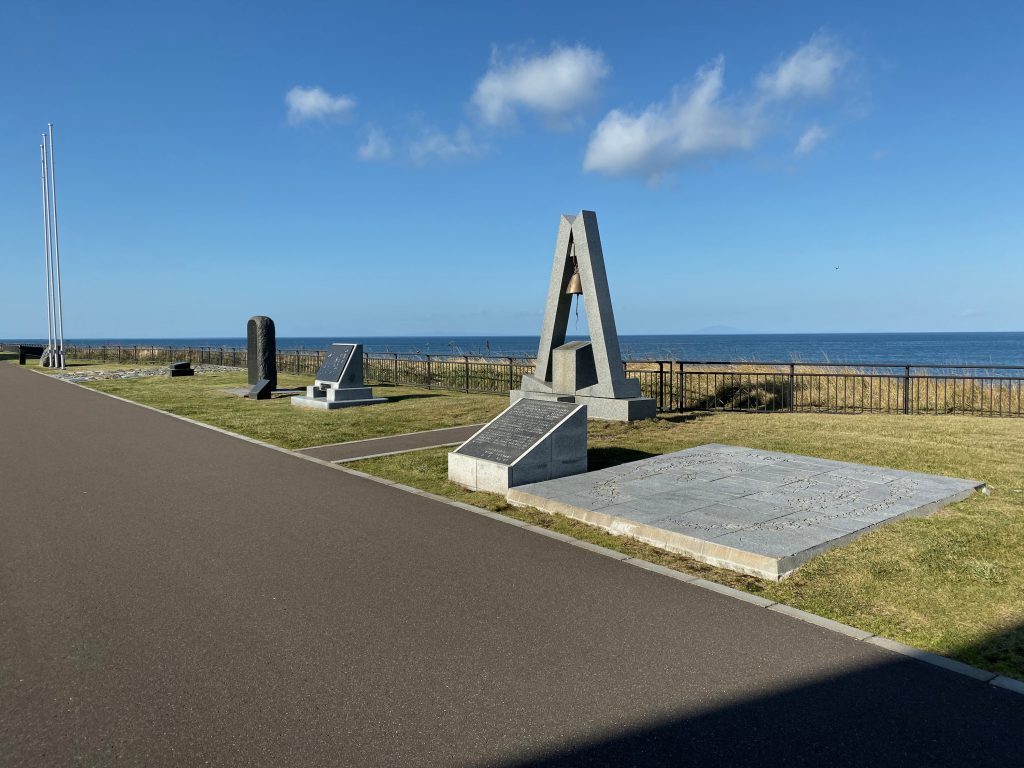 There’s a viewing tower where you can get a better view of the islands, and where I took the aerial photos from. 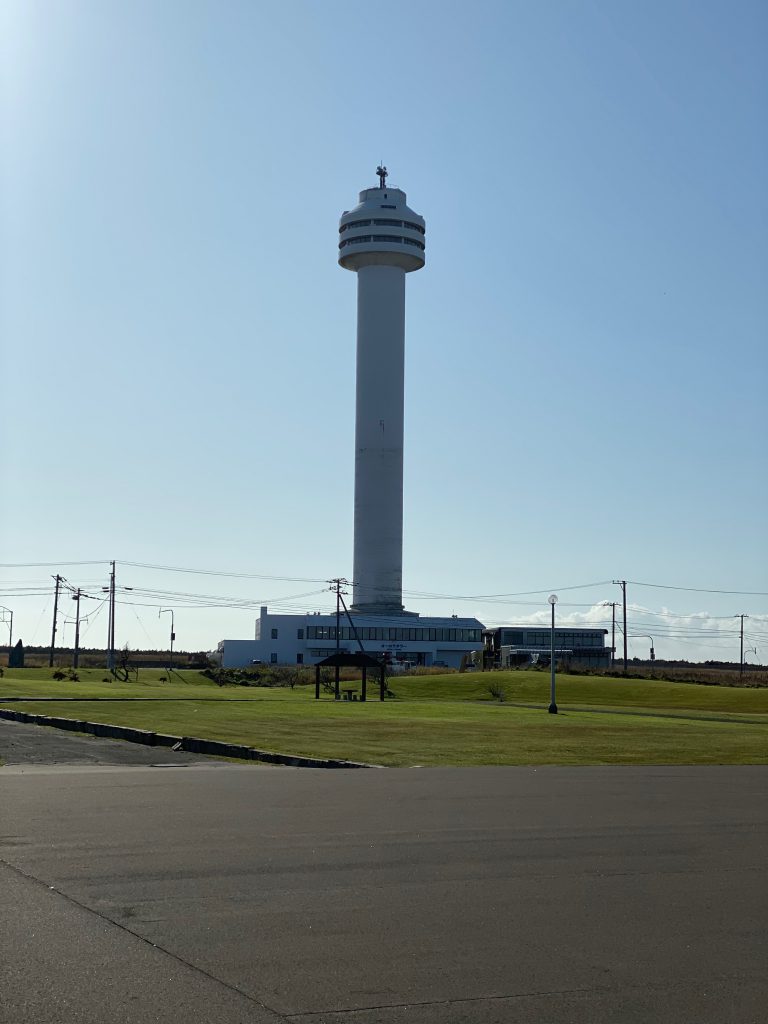 This one is from the easternmost point.

I went to the ramen restaurant and asked what they recommended and it was the 2-color donburi. Fresh salmon roe and fresh crab! 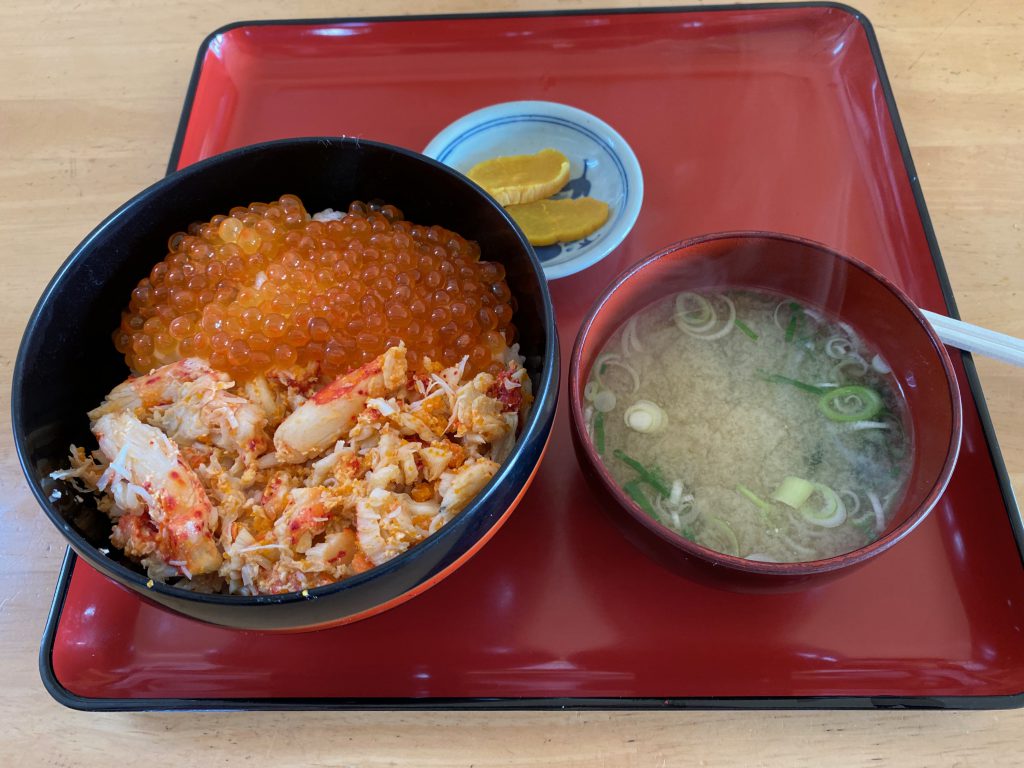 After that I finally figured out the Bluetooth and the hidden button to get the map to take another destination. Not really hidden, but Toyota’s UIs are awful. The GPS told me it would take five hours to get back to the airport and I followed the speed limit like all the rest of the people did (i.e. passing cars doing the speed limit).

I got back to Kushiro with plenty of time to spare but it was dark at 5pm and I was told to watch out for deer. I just went into town to find a restroom (thank goodness for convenience stores) and they told me which road to take. I found a gas station about a mile from a Mister Donut so I got gas and ate dinner where I knew I could. Clams at a Mister Donut seemed iffy, but I feel fine. 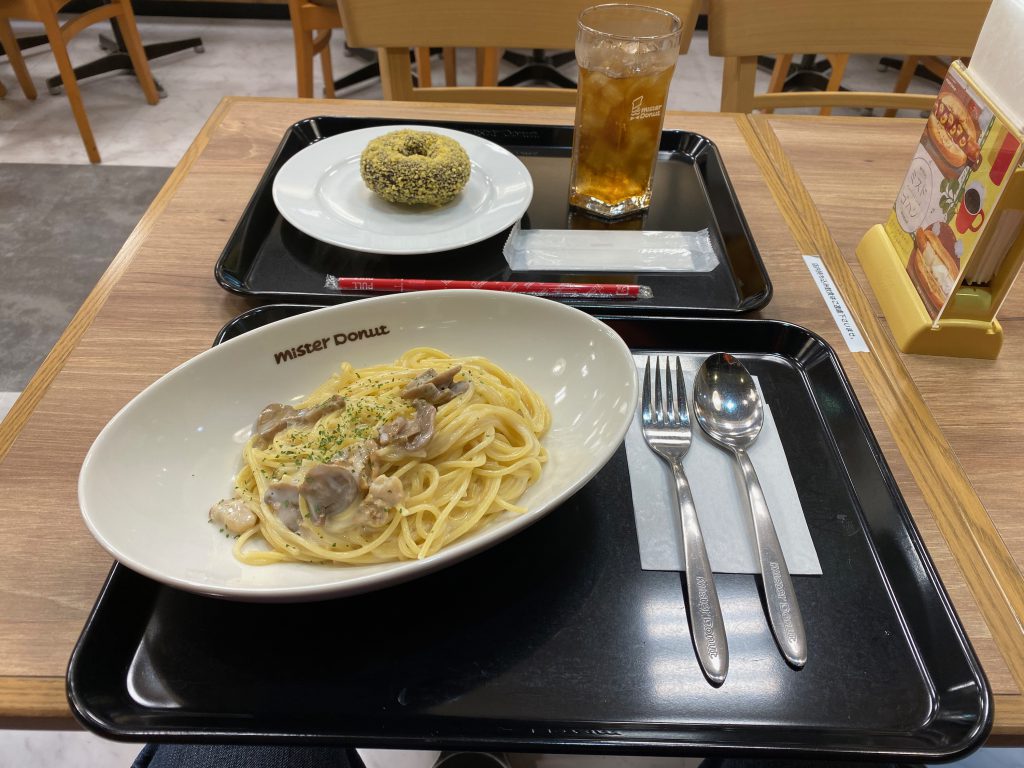 The Kushiro airport isn’t that tiny and had several restaurants. I wish I would’ve looked beforehand. I had a long wait for my plane, which was late, and got on the first bus. The speed limit was 60 and the bus was doing 90, so I didn’t feel so bad about my driving in Hokkaido. I got back about 11pm. A long day, just so I could get to the easternmost point. Maybe I need better hobbies.