I just watched the rugby semifinal with South Africa winning a close game over Wales. And now I have to go to bed early or at least get up early for my trip to Hokkaido tomorrow! I got an early start, which was a mistake. No salaryman parade on Sunday, but Hoshino Coffee doesn’t open until 9am now! I should’ve checked yesterday. I ended up at the Excelsior Cafe, which wasn’t bad except for the Aussie on his cell phone. 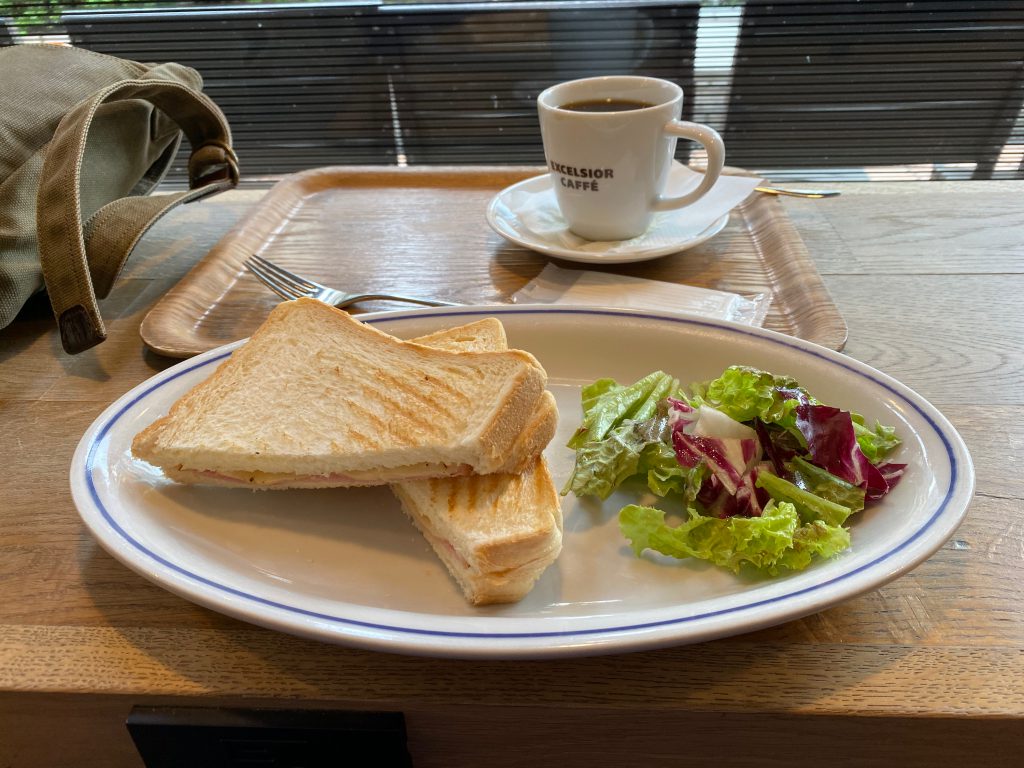 I decided to head to Akihabara today for my yearly pilgrimage to what’s left of the old Denden town. On the way I remembered I still had to buy a Suica card for my sister’s friend’s daughter who is meeting us on this trip later. I had to go to Tokyo Station only because I’d already left Shinjuku station. Man Tokyo Station is confusing now. Stood in line with a Kiwi who’s lived in Hong Kong for the past seven years and a very hungover old Englishman or something, who was pretty right-wing about everything and was kind of being a bummer. It was still better than being at work.

When I got through the line I got the Suica card and also remembered I was going to take the Yamagata Shinkansen for the shortest trip I could so I could say I was on it. The seven minutes from Tokyo to Ueno is only ¥1140. And they let me keep the ticket. 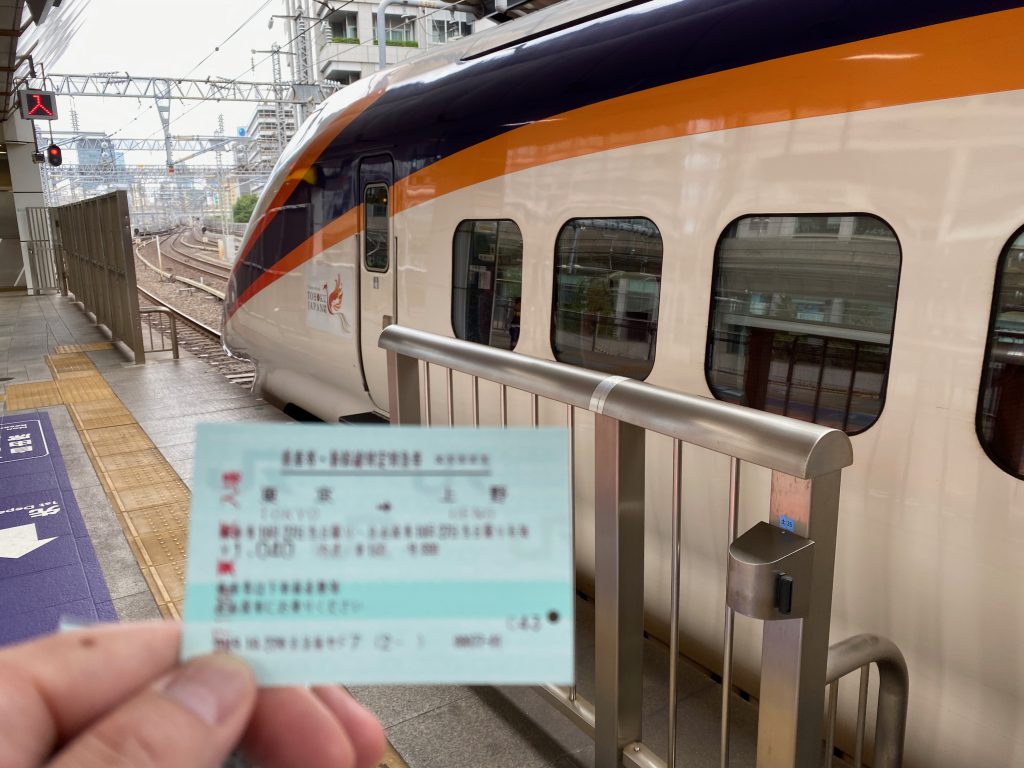 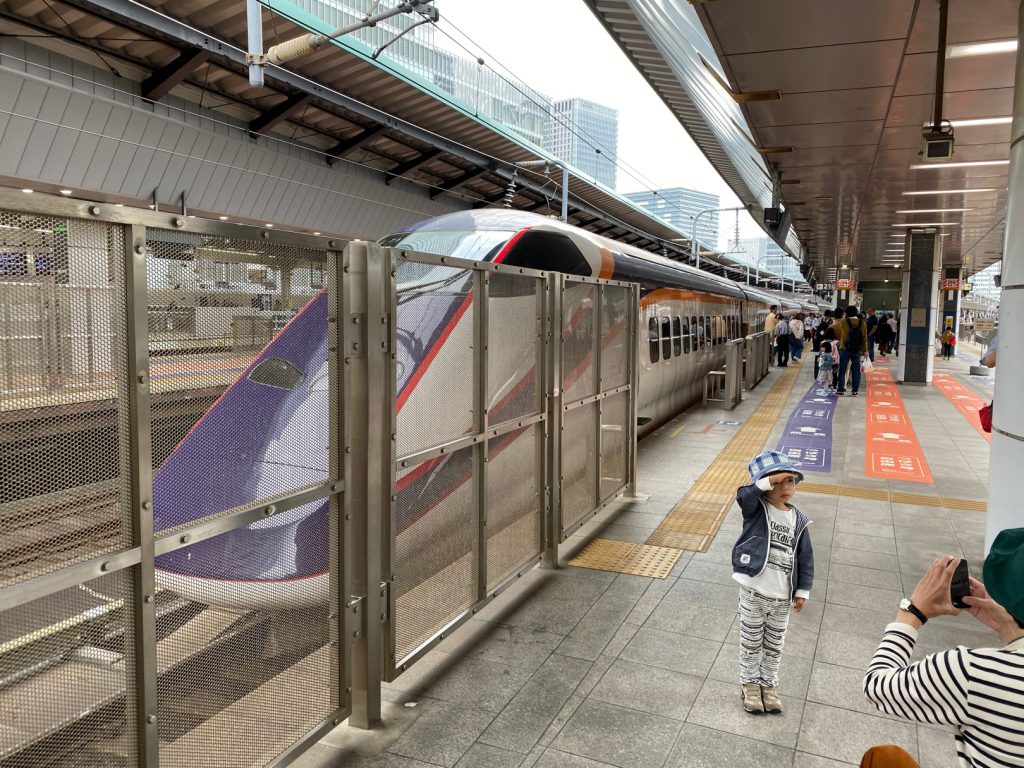 It’s a “mini-Shinkansen” and is paired with another Shinkansen until it splits off onto the Yamagata route. 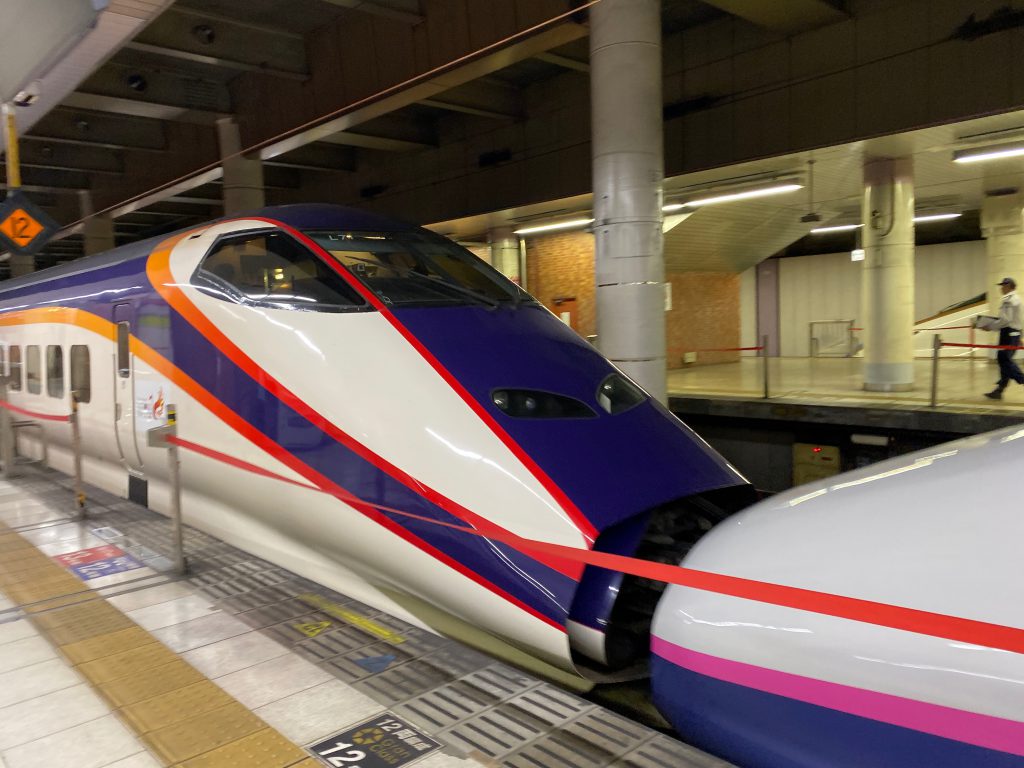 Then I walked to Akihabara. It’s not really that far and at one point I found they’d converted the space underneath the JR tracks into a bunch of art boutiques. And I finally went into the grocery store-looking “Cha Bara” (it has a lot of food-related stores inside) and ate at the Nagasaki Toruko Rice Cafe. It was a lot of very tasty food. Their frying game is on point. 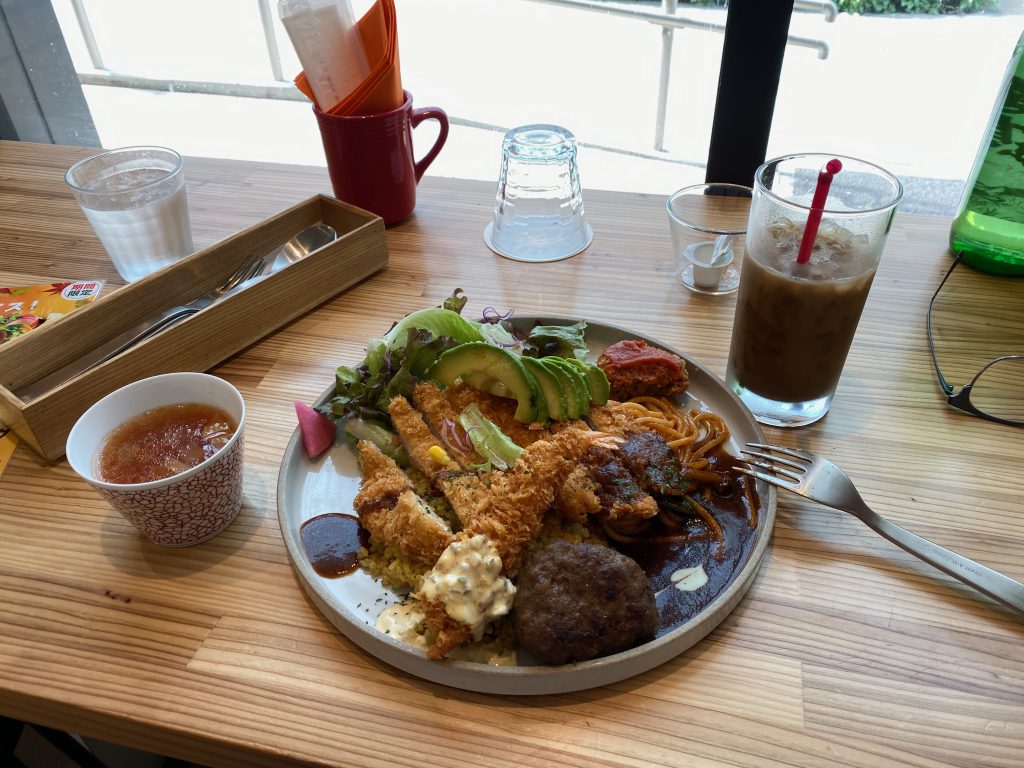 We were joined by a mushroom mascot character as well. 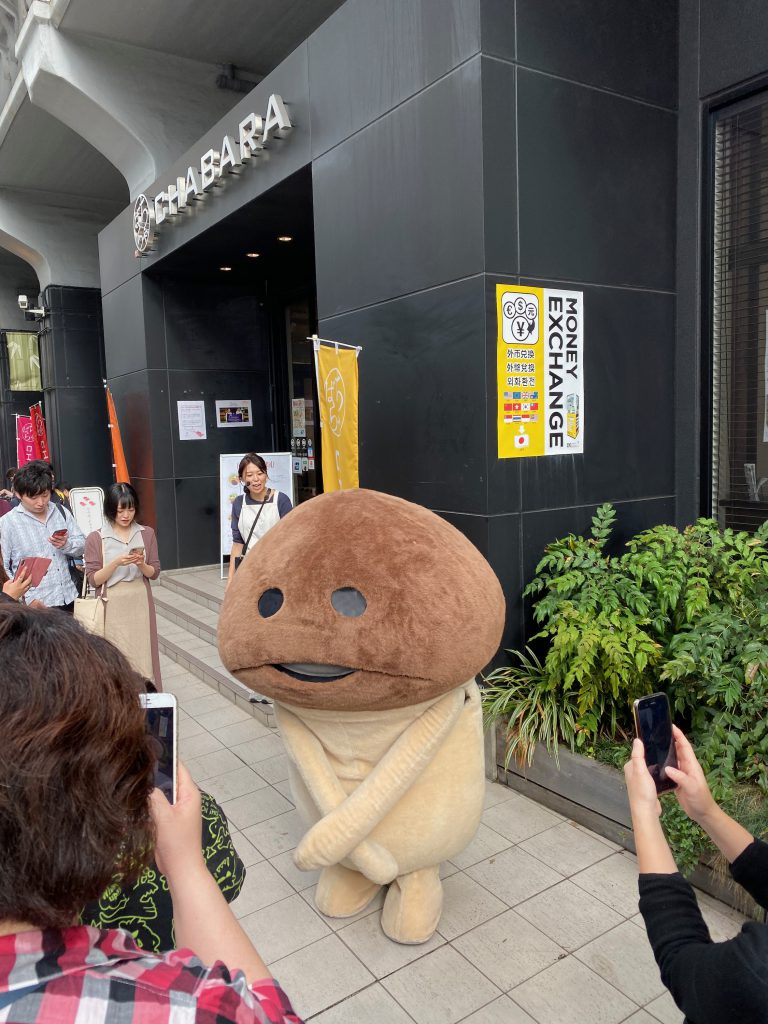 I was going to check out the musical instrument stores (and not buy anything) and go to Kanda Shrine on the way back, but at some point I really had to use the bathroom. I ended up in a cramped little public restroom in a park that was also surprisingly clean. No soap though, so I headed back to the hotel room early. I watched some Netflix, got some dinner at Mos Burger (I wasn’t very hungry after that giant lunch), and came back and watched the rugby game. Pretty good for a do-nothing day. 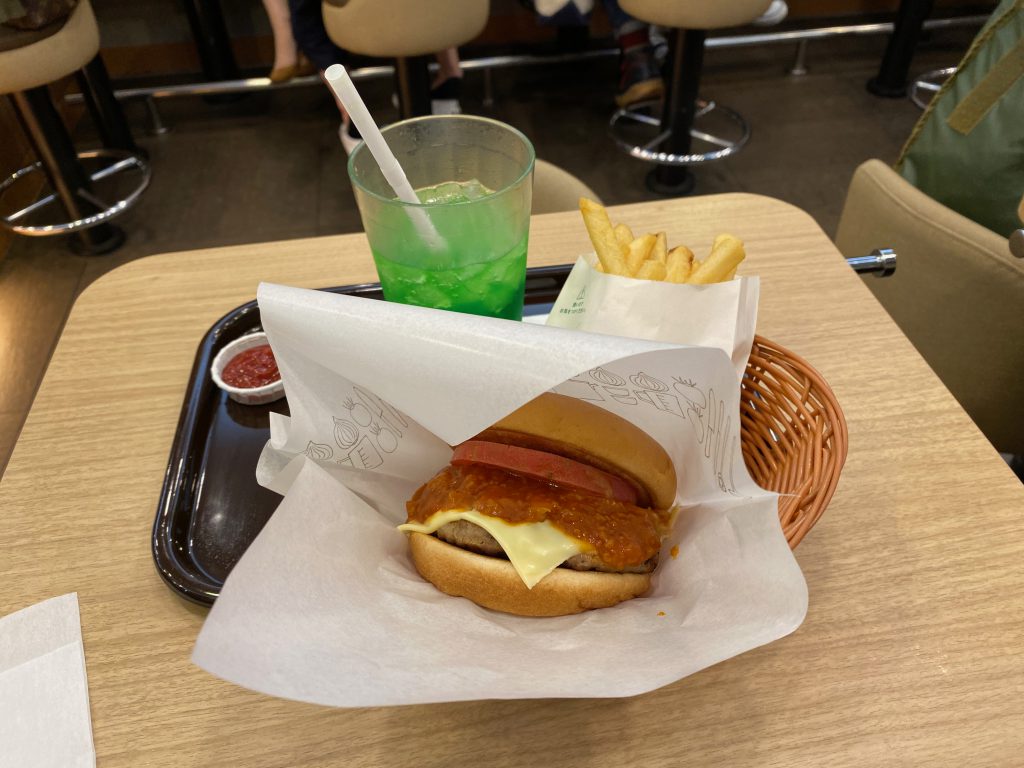