Not many pictures today.

It was still sprinkling when I got up today and I figured out I could take a train directly to Osaka station from Wakayama. There was an option that was a little quicker and cut 15 minutes off of a hour-and-22-minute trip, but it cost twice as much, I think. There were other pluses like assigned seats, but I thought I’d chance it.

I stopped for a morning set and that got me on the train only five minutes early. I had to cram into a seat next to a guy who was reading a paper. The seats are pretty small, so it was a bit of a mess. But what am I going to do, not eat breakfast again? 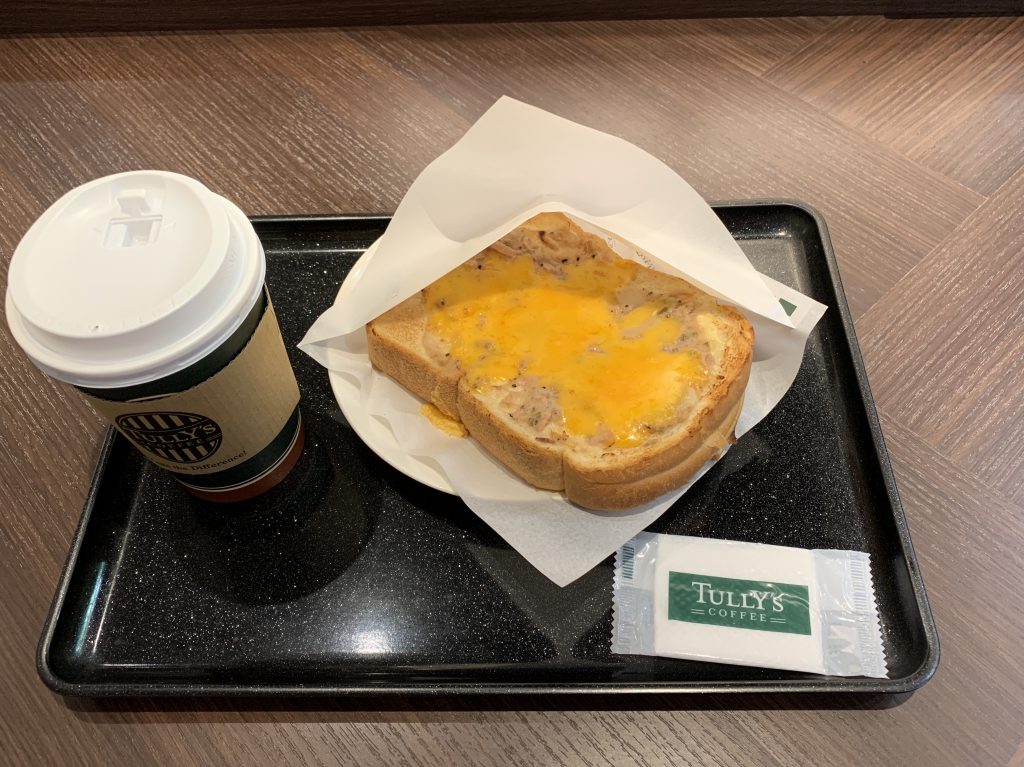 The train was interesting. At some point it met up with the airport train and hooked the two four-car trains together to make an eight-car train. But it did go all the way to Osaka station.

I got to the hotel and dropped off my bags and immediately started looking for a place to print out some documents. I’ve been waiting to get to immigrations so I can try to get my Japanese Trusted Traveler card which will allow me to go through an automatic gate and not wait in such a long line to get in and out of Japan. The first printer I tried was the really crowded 7 Eleven in Osaka station and I wasn’t having any luck. I blamed the machine and went to look for a different convenience store. There’s a FamilyMart not too far away and that let me print everything out. That’s when I realized it was Saturday and I couldn’t just go to the immigration office. I’d have to go to the airport. I got back on the same train I was on before, but in the opposite direction. At least it was only a 70 minute trip. I also got to be on the train when they unhooked the cars.

I got to the small office that took care of applications for the automatic gate. The guy told me that I’d have to print out my employment information because I’d included it in my application. He also told me I’d need to get a different ID photo because my spare US passport photo was too big for for the form.

I found a “business center” where I printed things out quickly and then had to go look for the ID photo booth. The airport was a zoo today, by the way. I couldn’t find anyone to ask and I almost missed the booth because a guy was restocking the Coke machine right next to it and the door was obscuring the view of the machine. Then I had to find someone with a ruler to figure out how big of a photo to get because the damn booth had so many options.

When I got back to the office, the first guy was gone and there was another young guy there who had no idea what to do. He called his superior who was pretty cheerful about the whole thing. They looked me up on the computer and said my application wasn’t actually ready, but I gave him a copy of the email that said it was ready. They believed me! So lots of this and that and they didn’t want half of the forms I brought. They also didn’t want the photos at all, so that was a waste of effort and ¥800. They finally got it all sorted out and I made them take some of my forms because I sure didn’t need them. Then it was time to get on the same train for the third time today to go back to Osaka.

When I got my room at the Granvia I found out it was tiny and had a view of an industrial courtyard! Nothing like the room I had last year or the room I had in Okayama! I didn’t even know they had these rooms! Oh well, I suppose I can blame booking.com. I watched some rugby on TV and when I looked at the local map I notice there’s a Shake Shack here! I didn’t like the Shake Shack burger when I had it in Shinjuku, but I thought if anywhere was going to do it right it would be Osaka. Can’t trust those Tokyo people with food. 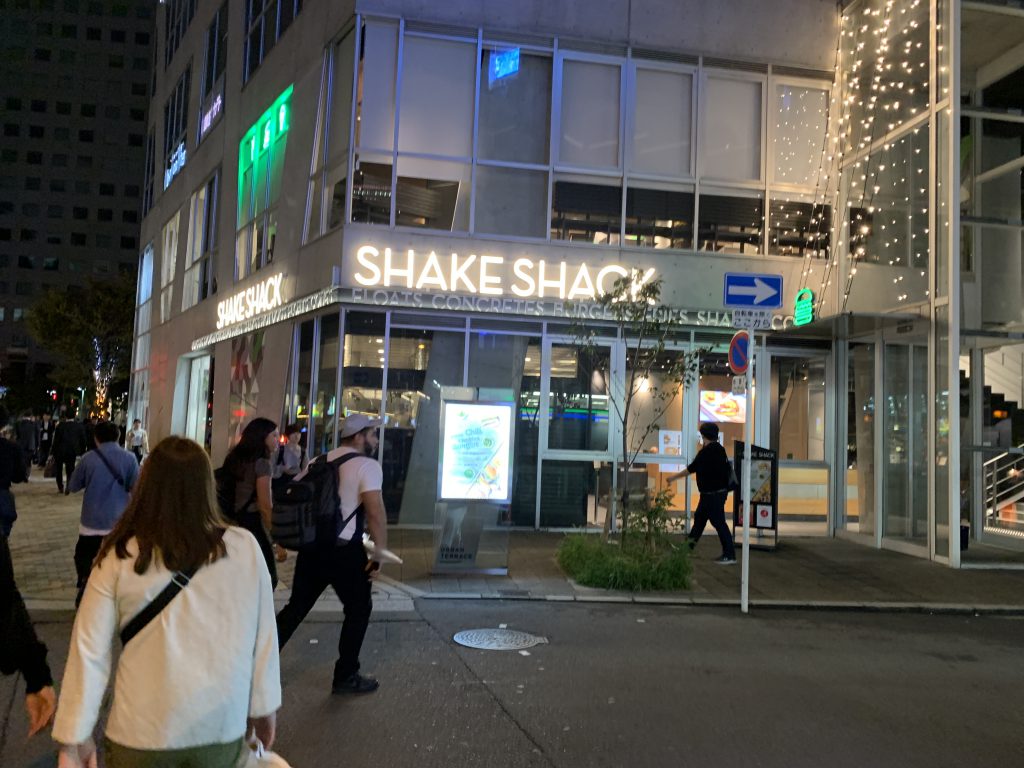 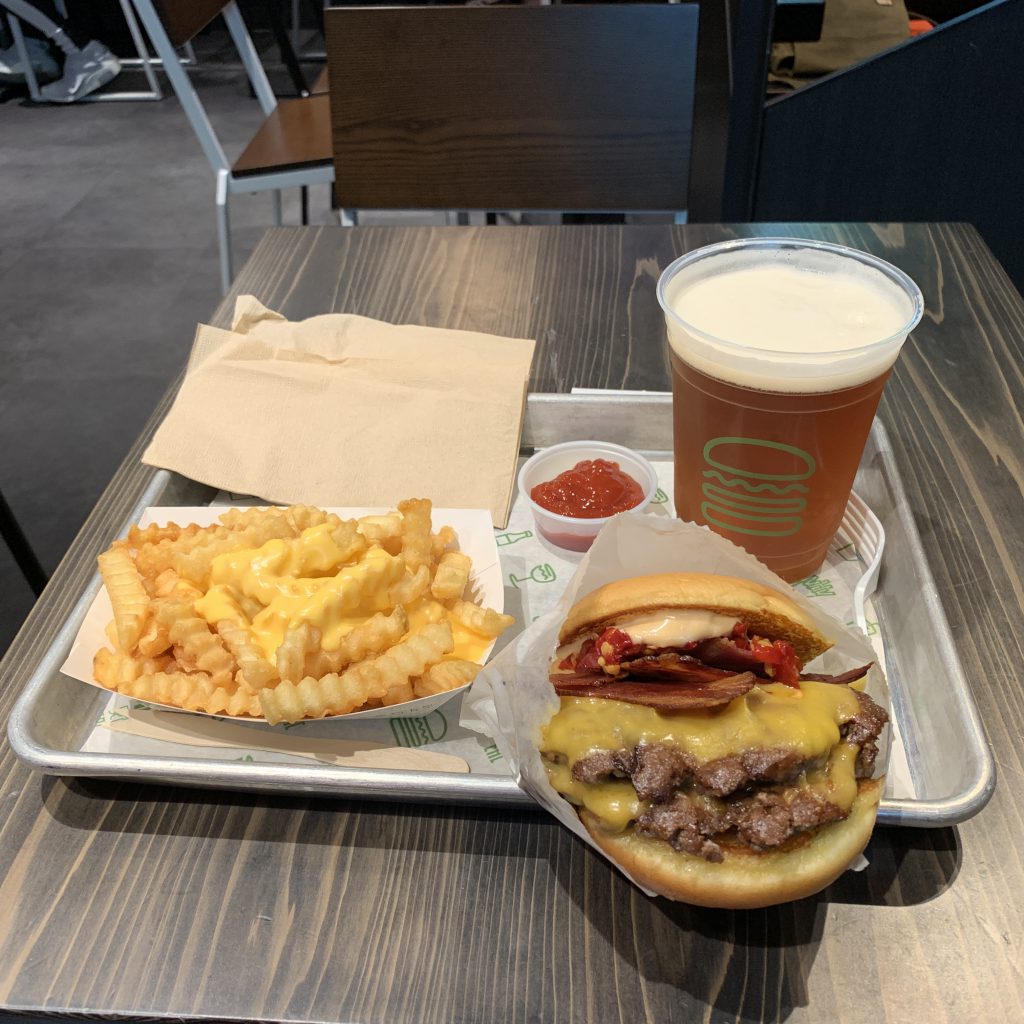 Sure enough, the burger was excellent.

I tried going to a couple of taprooms but none of the beers they had on tap excited me at all. Oh well.

I bet I’m going to spend a lot of time in this closet of a room because I’m in Osaka to wind down a bit. It was Saturday night and the place was jumping. I think there were six or seven live bands on the street, and I watched rugby at an outside bar for a bit. I think they completely redid the basement restaurants near the hotel, too. I sort of miss all the small towns I visited.

I guess that’s about it for the day.