I woke up late this morning and there up on the wall, the skeeters and the bedbugs were playing a game of ball.

Wait. No. I woke up at 6AM because I set my alarm. I had to set my alarm because my stupid Bose Sleepbuds (which are great when they work) were malfunctioning again. Usually the left ear is the one that acts up but this time the right ear was acting up. Sheesh. Fortunately, the onsen in Kamikatsu was pretty darn peaceful. The only weird thing is every time I saw the rapids outside my window I’d think I needed to turn it off or I’d be wasting water. I dunno. Maybe this trip is getting to me.

Anyway, I got up and got to the lobby in time for the ride they offered me to the bus stop but it turns out they needed to replace the tires on the hotel bus and the tire place was near the ferry terminal. I got down to the ferry terminal before the restaurant was open, so I had to get breakfast at FamilyMart again. 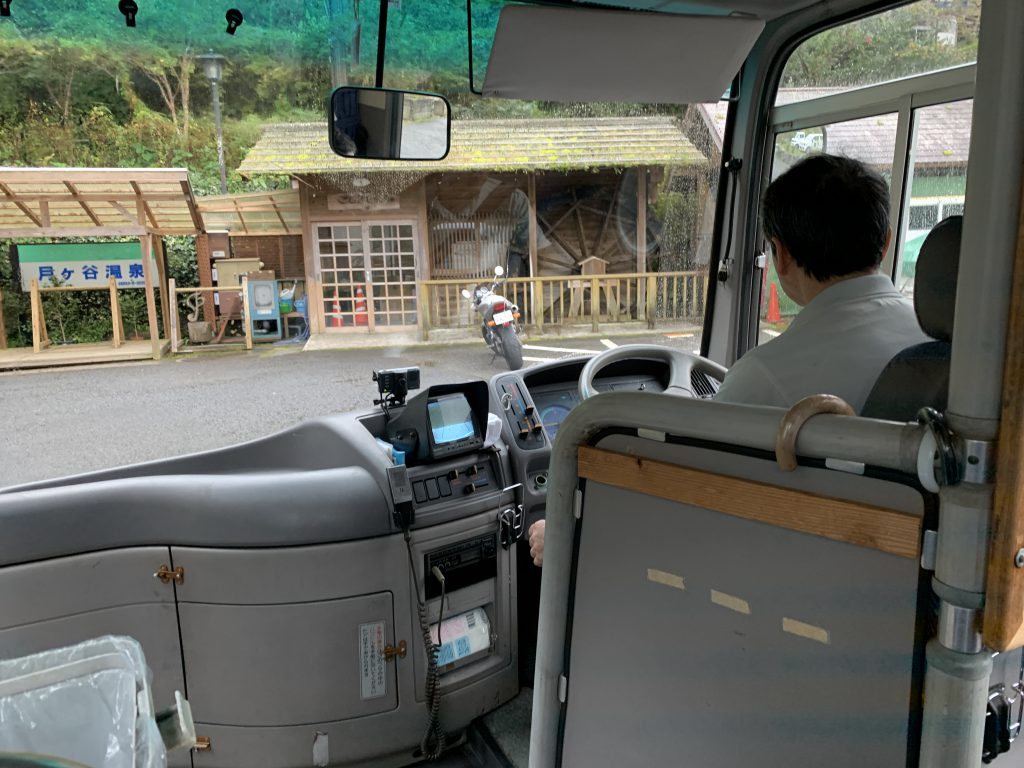 And I was an hour-and-a-half early for the ferry. It’s a Nankai ferry, and connects to the Nankai railway. 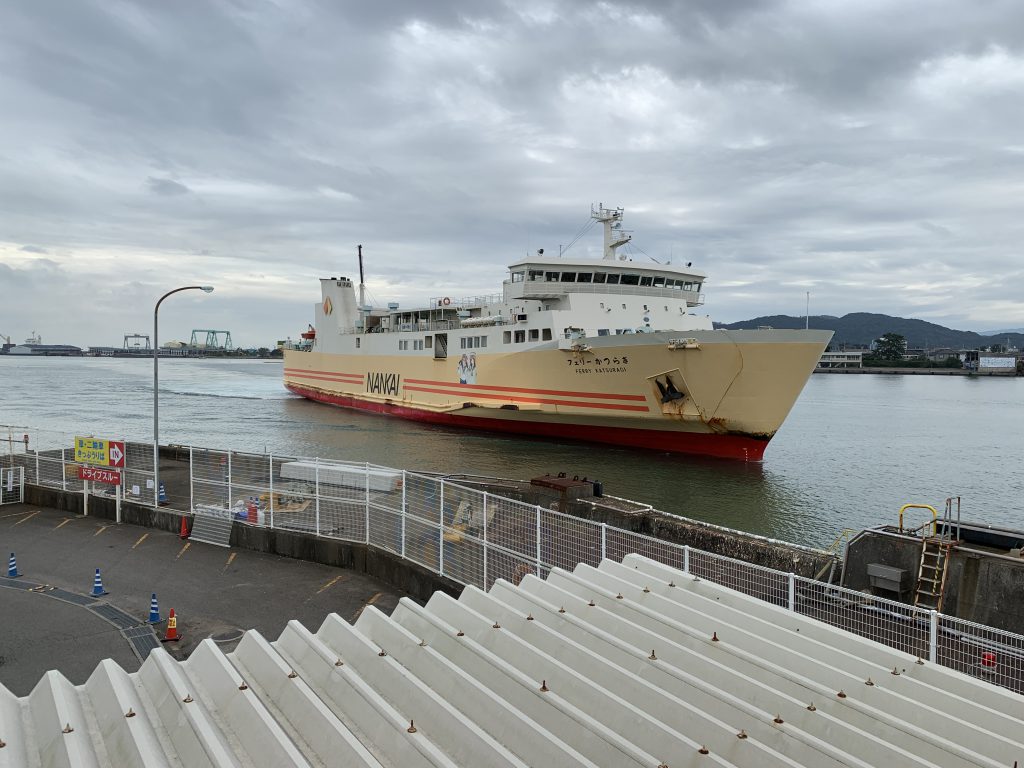 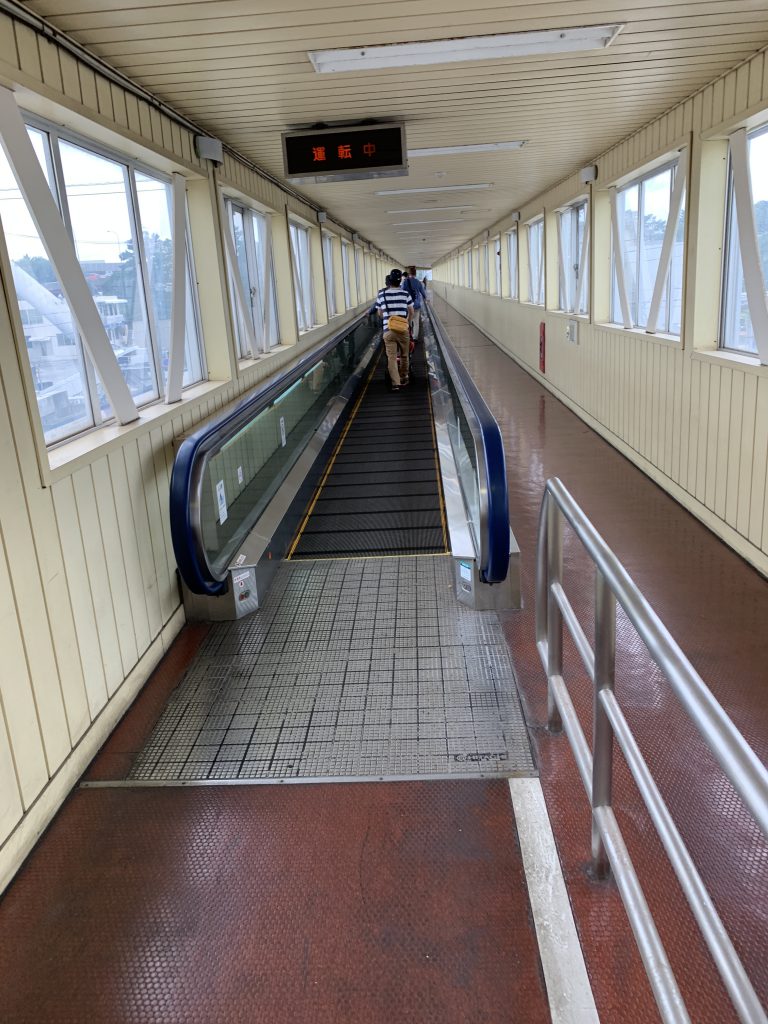 At the end of the people mover is the Nankai Railway station. I had to go down the stairs and wait for a bus. Google told me to get off a couple of stops early and of course as soon as I got out it started to rain hard. I ducked under an office and got my little umbrella out.

I was able to check in early to the Dormy Inn where they lent me a big umbrella. The tourist bureau told me I should check out the castle and it was drizzling and humid and hot. Basically some of my least favorite weather.

When I got to the castle it was a ferroconcrete reproduction that made me kind of sad. 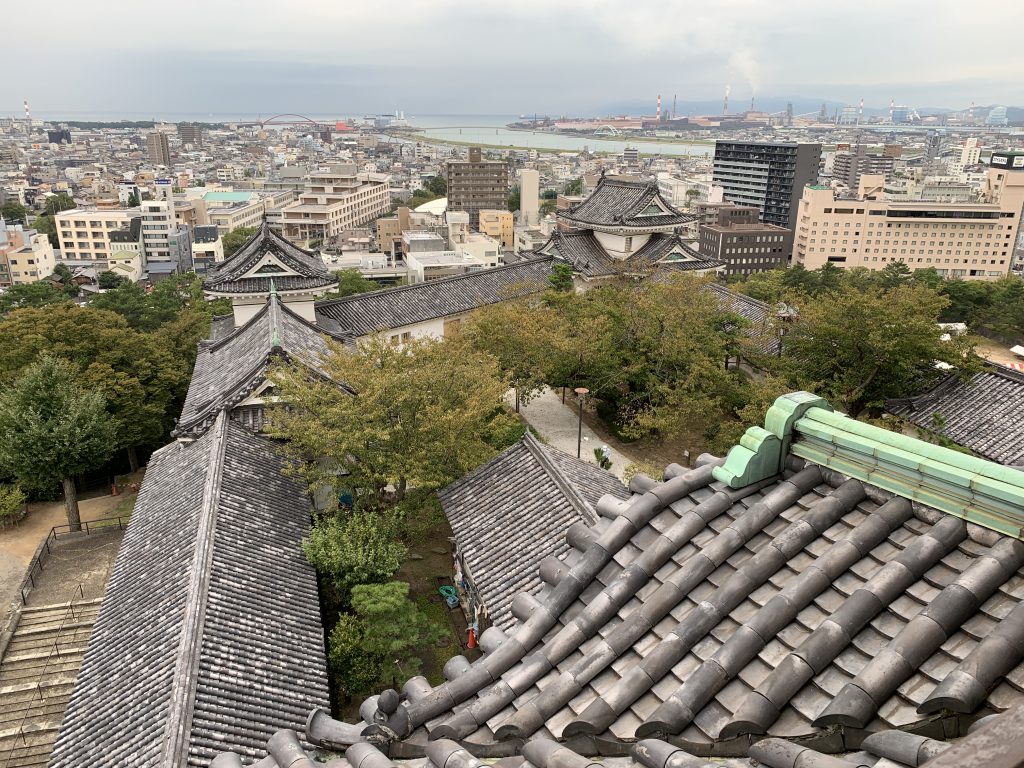 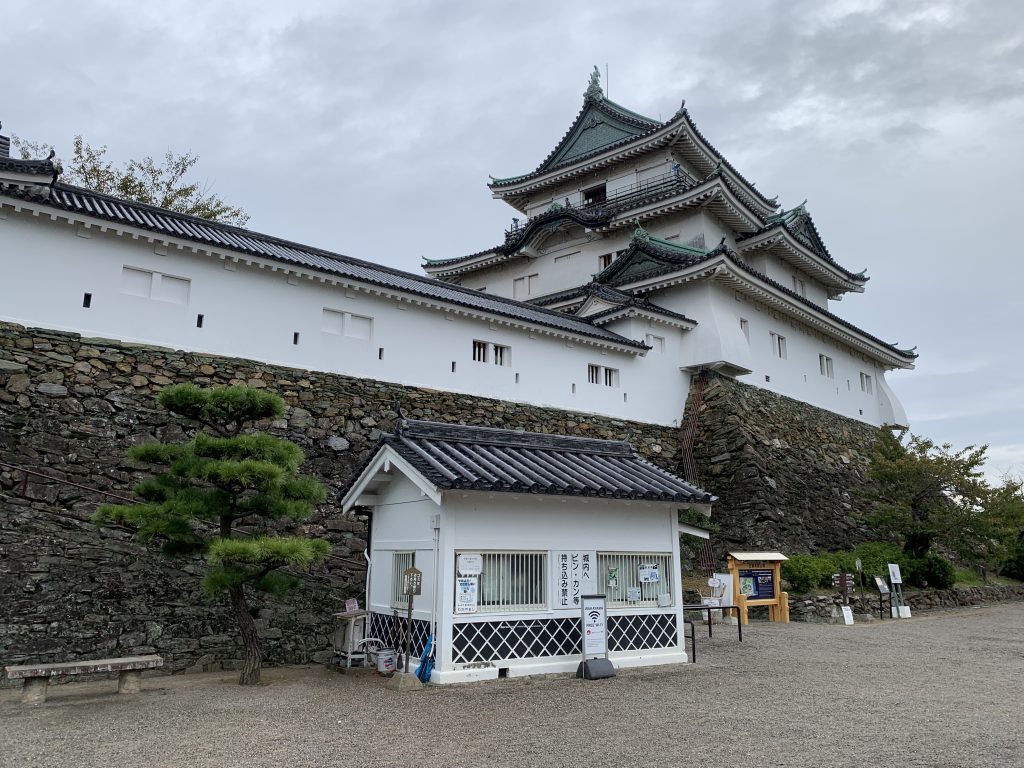 But I did sweat my way up to the top of the tower and I saw a cake place. Since I hadn’t eaten anything since my pathetic excuse for a late breakfast, I went to get some cake. 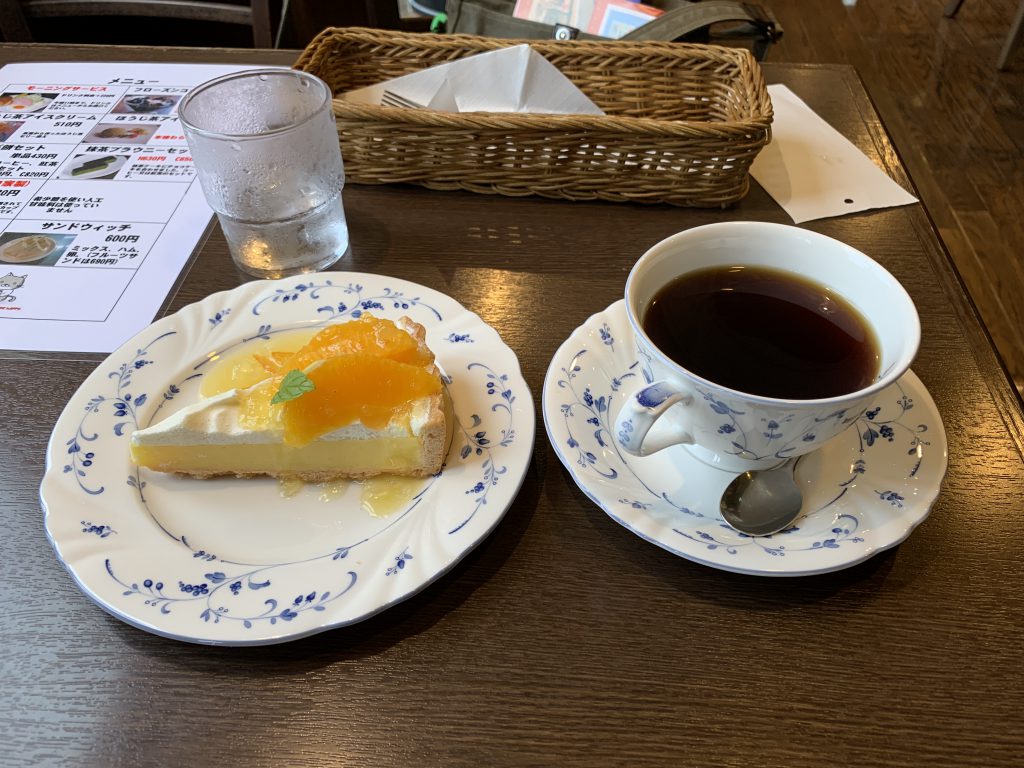 And then I walked around to the other side of the castle to find the only original part – the Okaguchi gate. Well, I miscalculated and the gate was actually right next to the cake place and I went around to a re-created tiny gate. I had to walk all the way around again, but here it is. I’m still not all that impressed by Wakayama Castle. 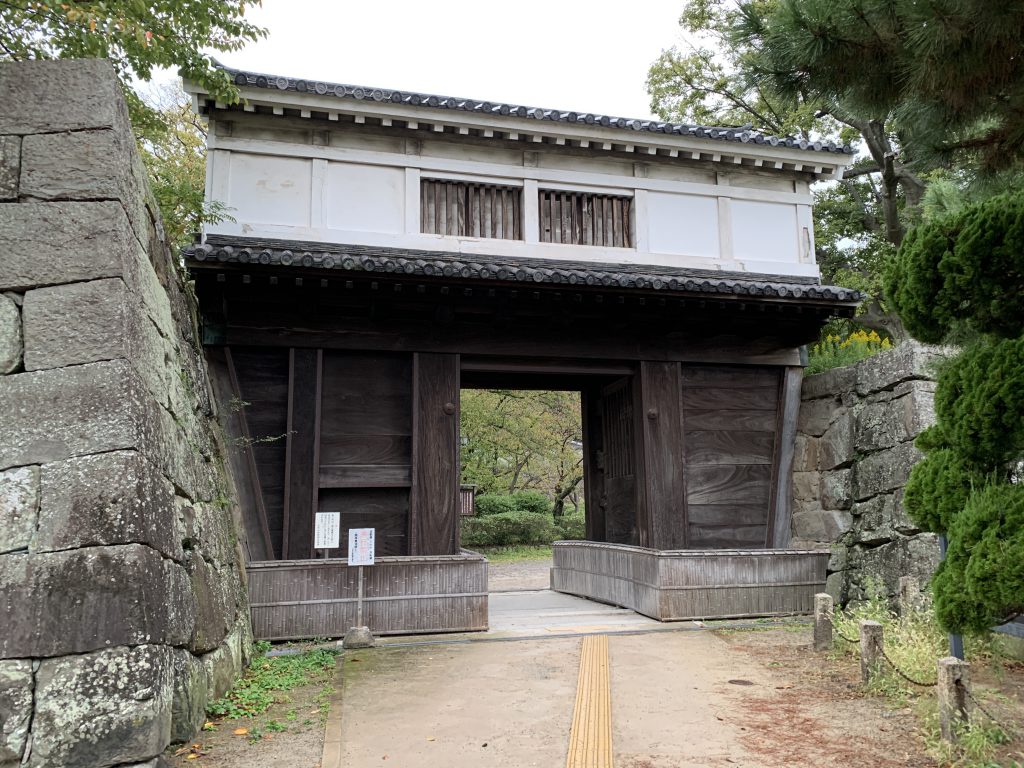 I decided to go to a craft beer place for dinner. They make their own beer and that can be iffy. Even worse, they take orders on iPads, and so you can’t ask any questions unless you flag someone down. I got the large onion rings. I’d already eaten several by the time I took the picture since I was so hungry. That first beer was a Heiwa Craft fresh hop “pail” ale. It was the only half-decent beer I had. 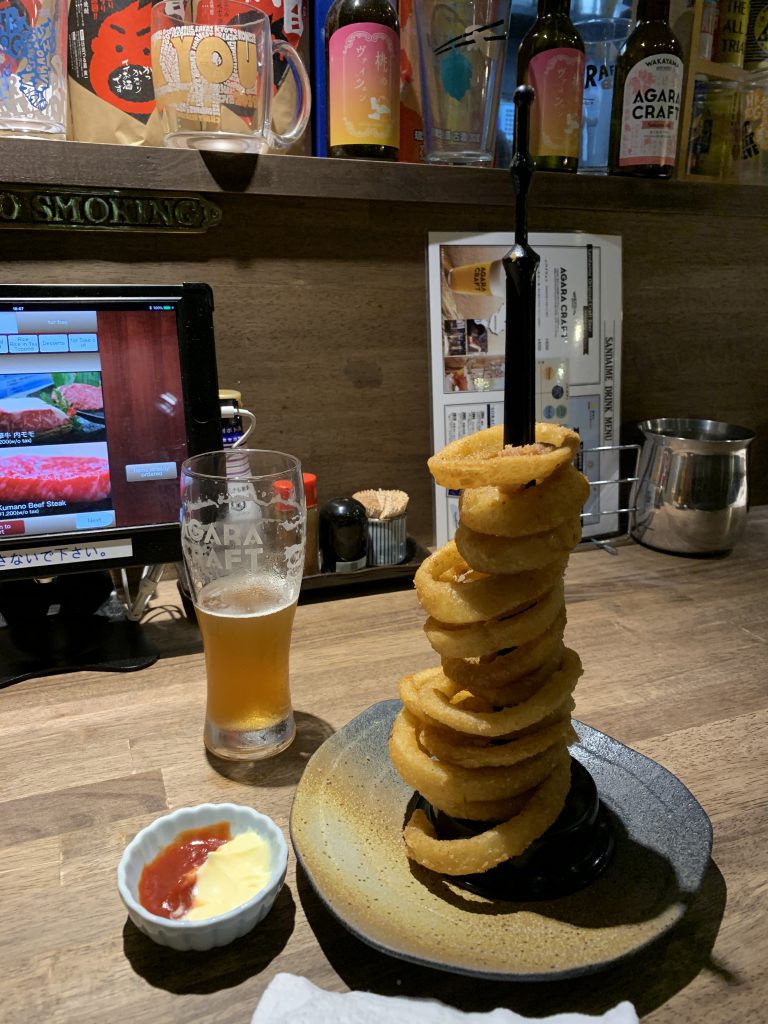 At the suggestion of the person delivering the onion rings, I got some chicken wings. 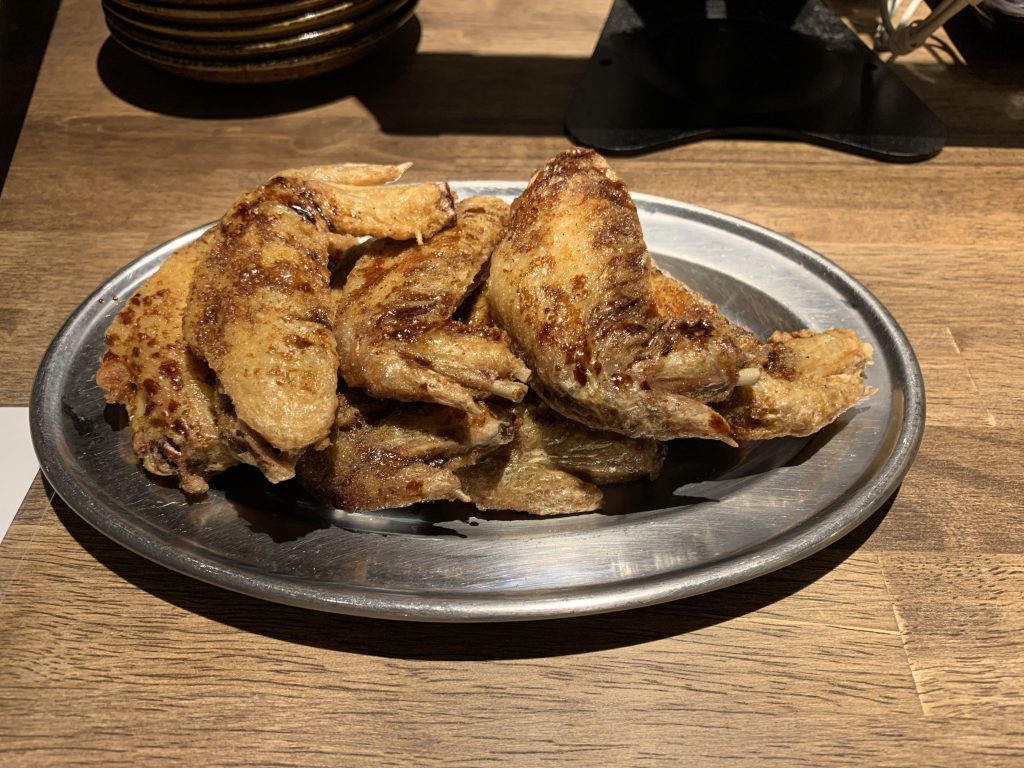 And at the suggestion of the person delivering the chicken wings, I got local beef. Once again under-seasoned and, well, meh. That’s the Agara IPA from the “Wakayama Brewry”. It wasn’t very good. 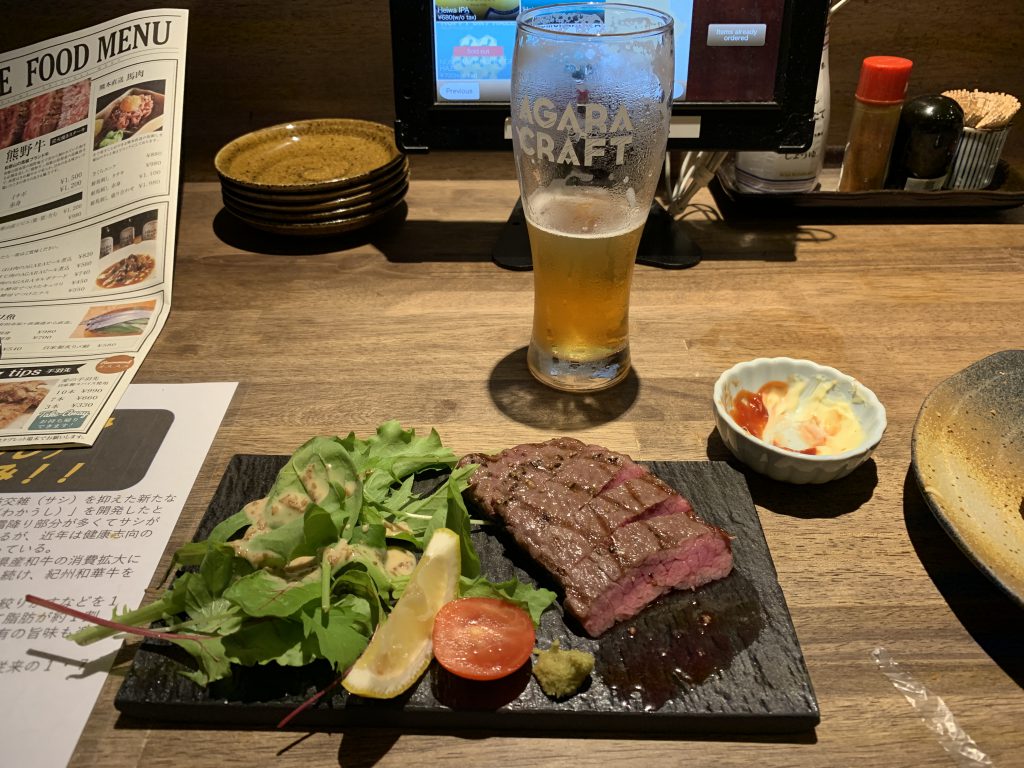 I decided to try the Nom-something IPA, the only other local IPA they had, and it was similarly not very good. 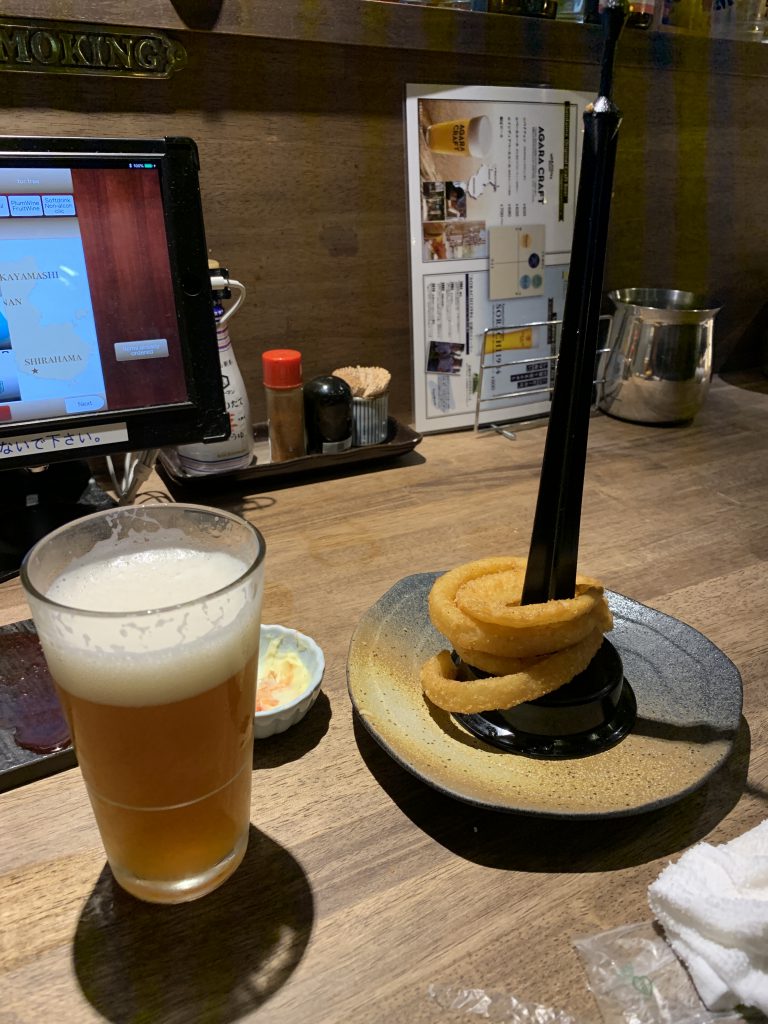 I got back to the Dormy Inn (the buses in Wakayama aren’t cheap) and did some more laundry. This is the last Dormy Inn I’m staying at this year, and so these are the last “free” washers I’m going to see. I had a surprisingly large amount of laundry to do. Didn’t I just do laundry a couple of days ago?