Somehow I knew I’d blow the time on one of my trains or something and I’m hoping that this is my one and only screw up this trip. I had a ticket for the Narita Express one year on the wrong day. They let me ride anyway, but it was just dumb on my part.

I was planning on going on the Ibusuki and Chiran tour today. I took a free shuttle from my hotel and got to the bus stop and didn’t see anyone. I thought the bus was leaving in 15 minutes instead of 5 so I left to eat breakfast. 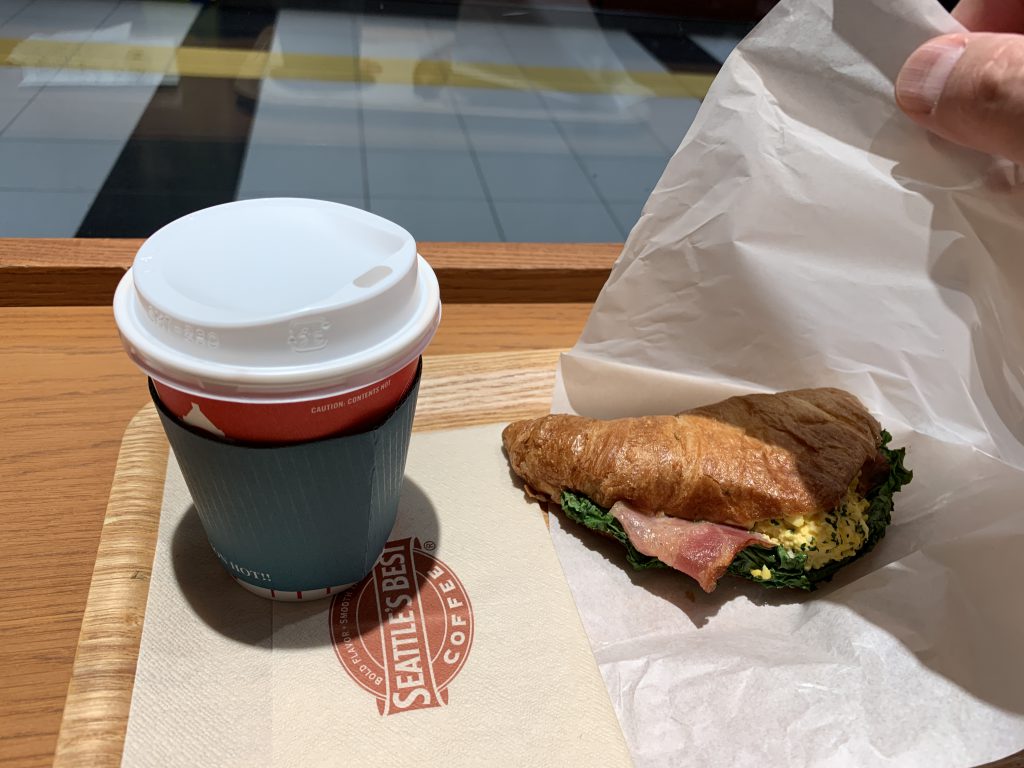 Anyway, that left me with no plan except a harebrained idea that I might want to go to the southernmost point of Kyushu. Well, that happens to be another island, but the southernmost point of the island of Kyushu. I wasn’t even sure if that existed since I wasn’t planning on renting another car. Somehow I decided it was time to wing it and consulted with my buddy at the tourist bureau, who sent me to Orix Rentacar. They gladly rented me a compact car and told me which ferry to take and where to gas up the car on the way back. Off I went onto the ferry in South Kagoshima. Here’s the gray car I rented. 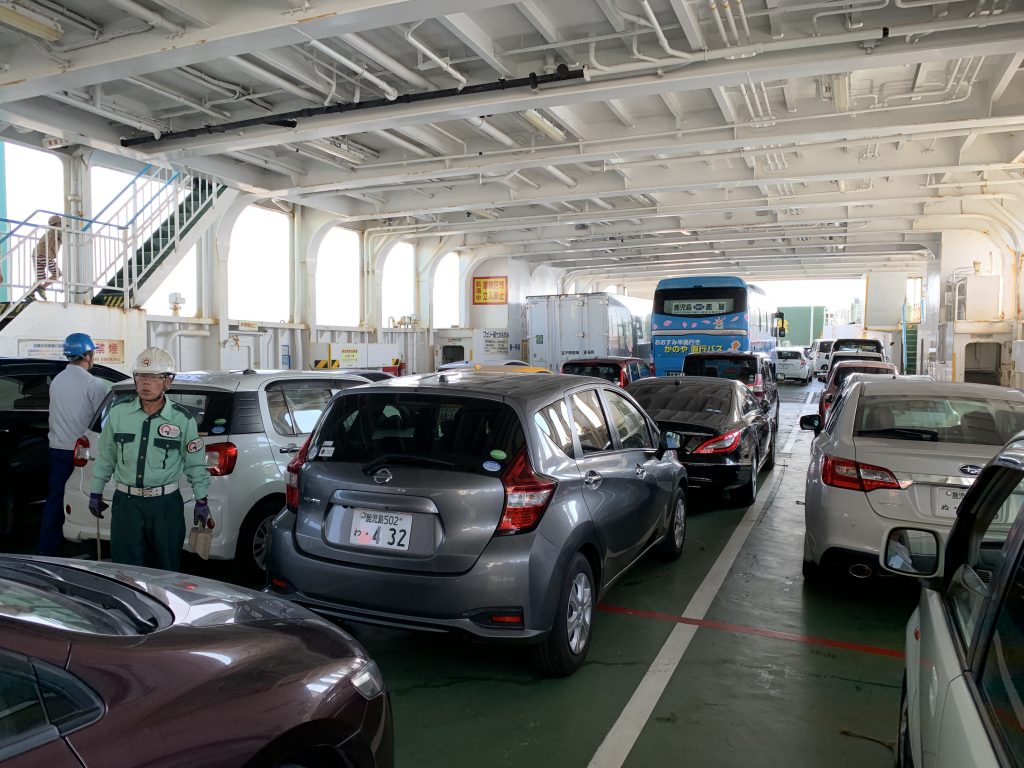 Let’s see, I must’ve started around 9AM. There was a 40 minute ferry ride across to the opposite peninsula and we went by the volcano “island” again. The bus driver from the hotel told me that there was a lot of ash on the cars today and I saw the reason. 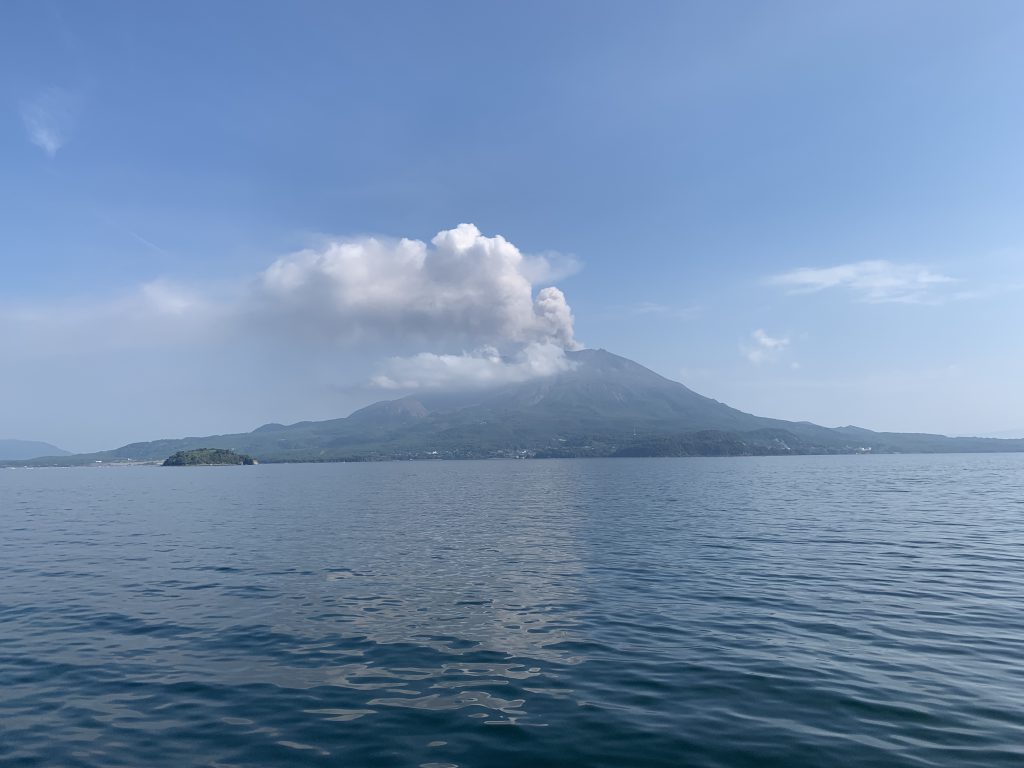 So off I went with my rudimentary understanding of the Japanese GPS to Cape Sata. Lots of driving down the coastline, which was beautiful, but it took 2 ½ hours or more to get to the cape. And I was “speeding”. The speed limit varied from 40 to 50kph which is 25 to 30mph. I was doing 30 – 35mph.

I got down to the cape and it was HOT. Well, there’s an explanation. 100m from the parking lot is this monument that says you’re at the 31st parallel which is the same as Baja California or Texas. 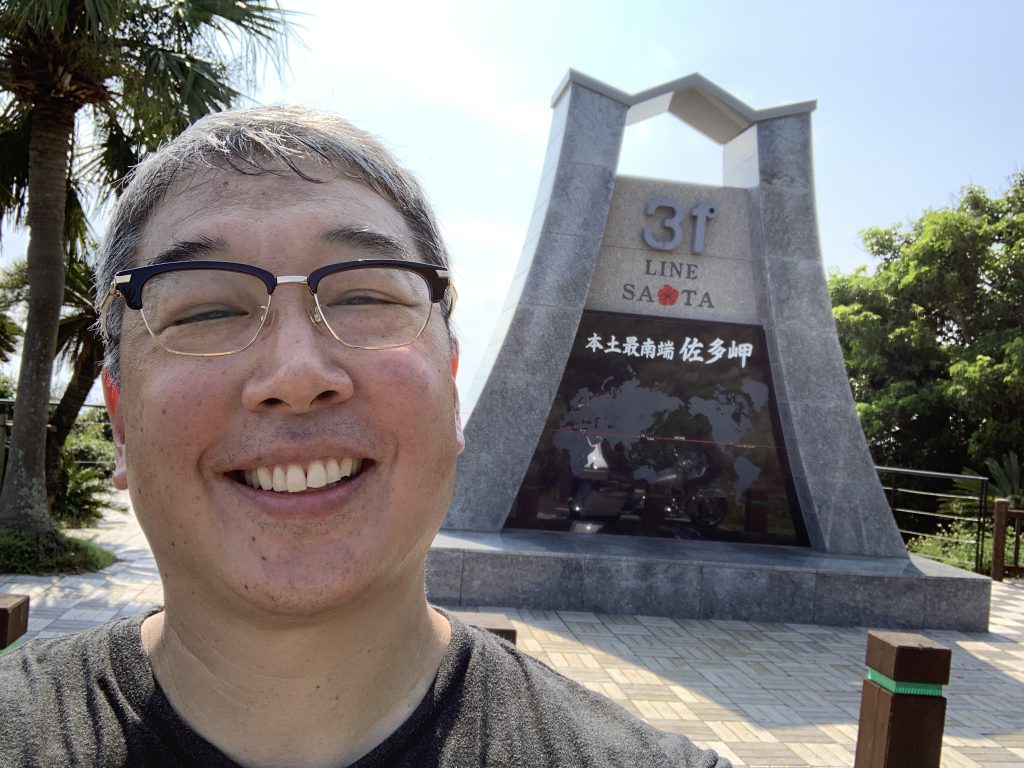 There’s a tourist information counter and then a 20-minute walk to an observatory. That’s as far south as the path goes, either that or the ruins of the lighthouse quarters. I went to both just in case. 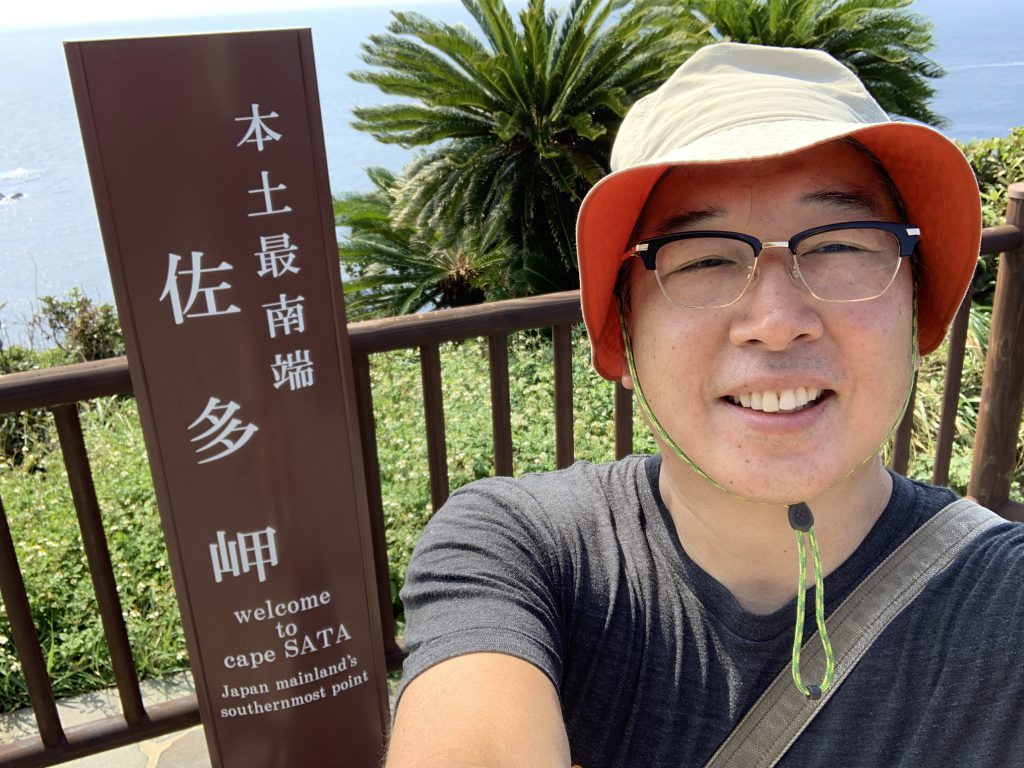 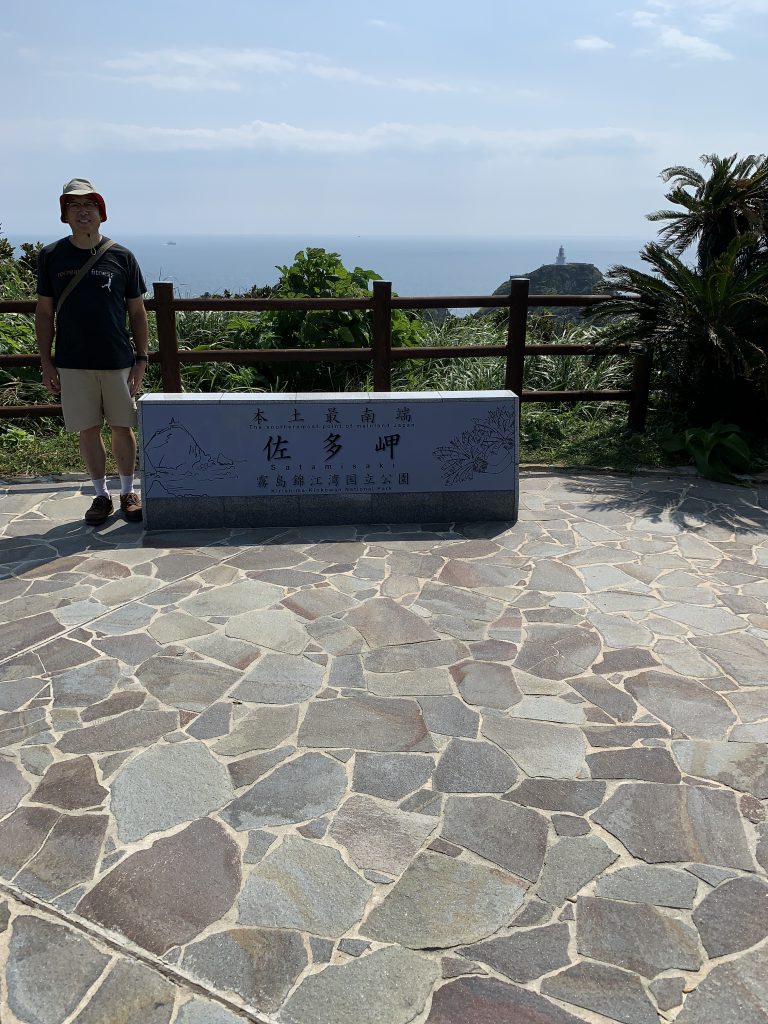 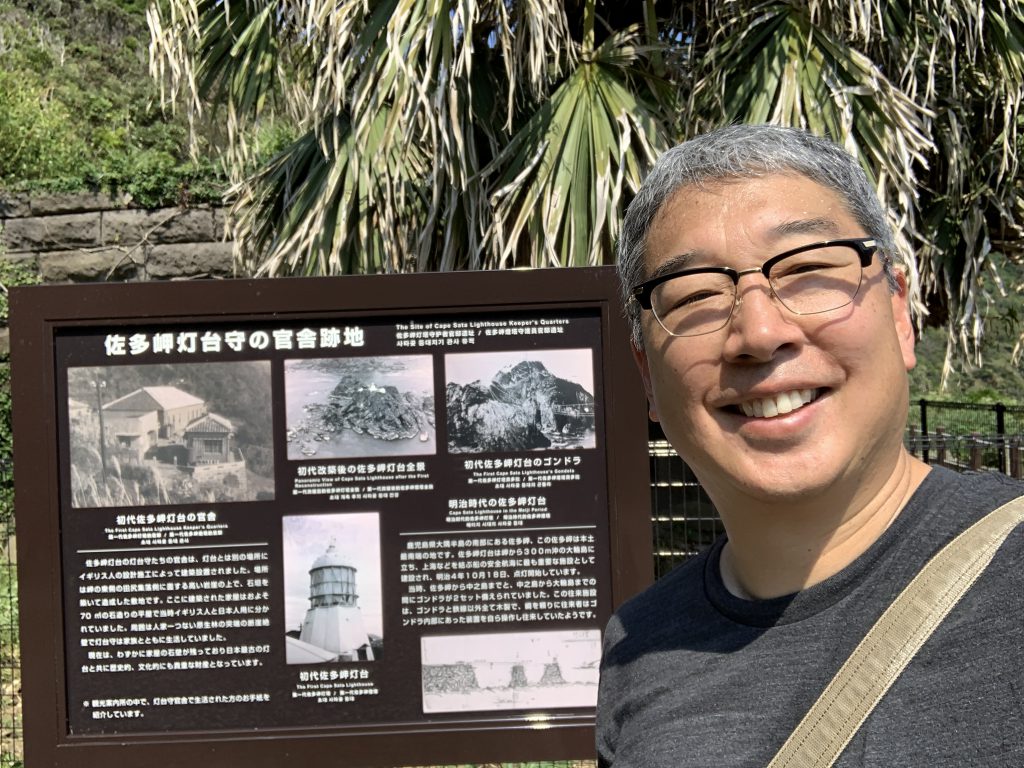 It was pretty out here, too.

I could even see the mountain I would’ve been closer to if I’d actually taken the tour (the conical one in the middle distance). 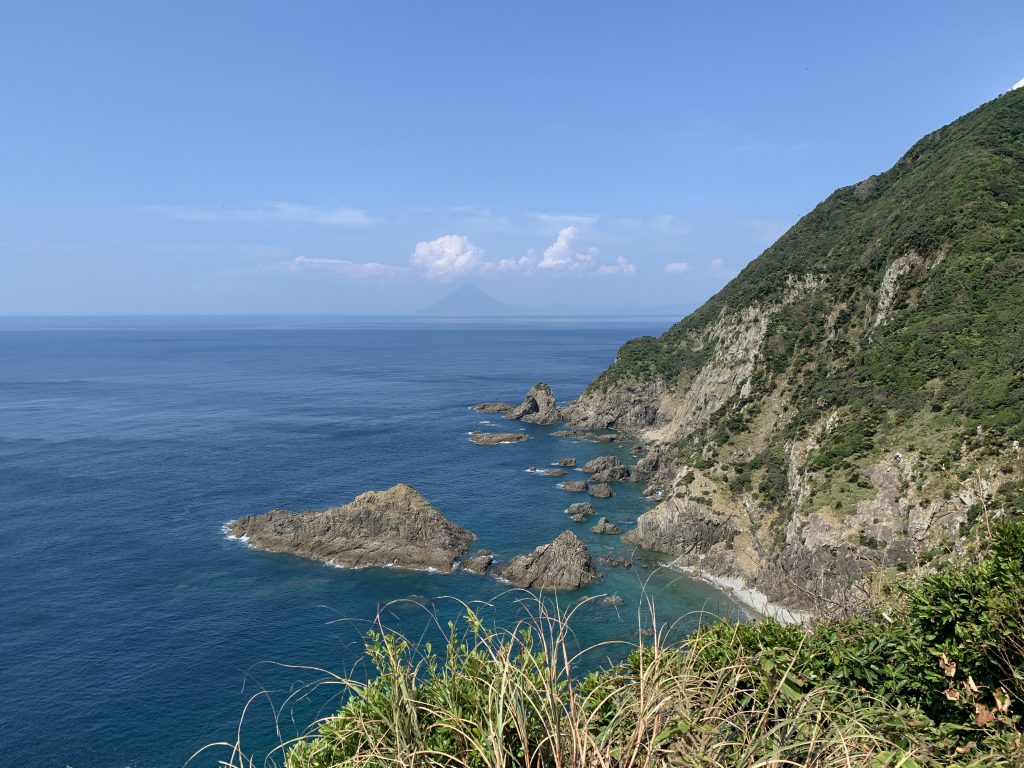 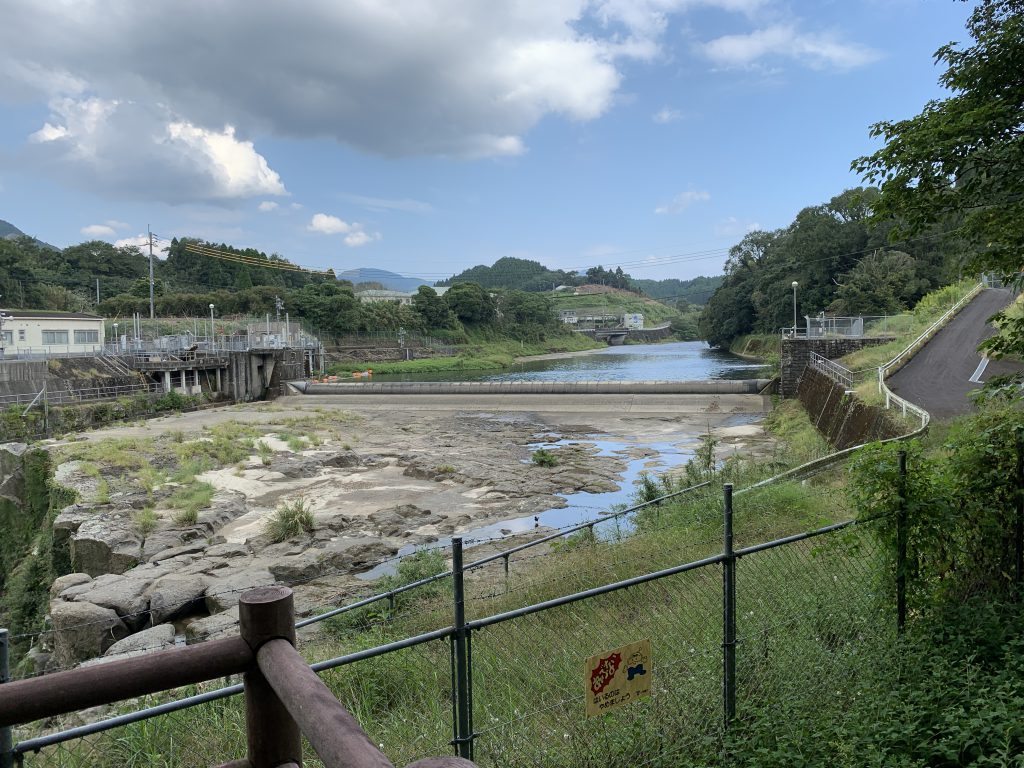 It’s quite a drive down and back up the valley through even narrower one-lane roads and then there’s a 30-minute walk, but a pretty walk. 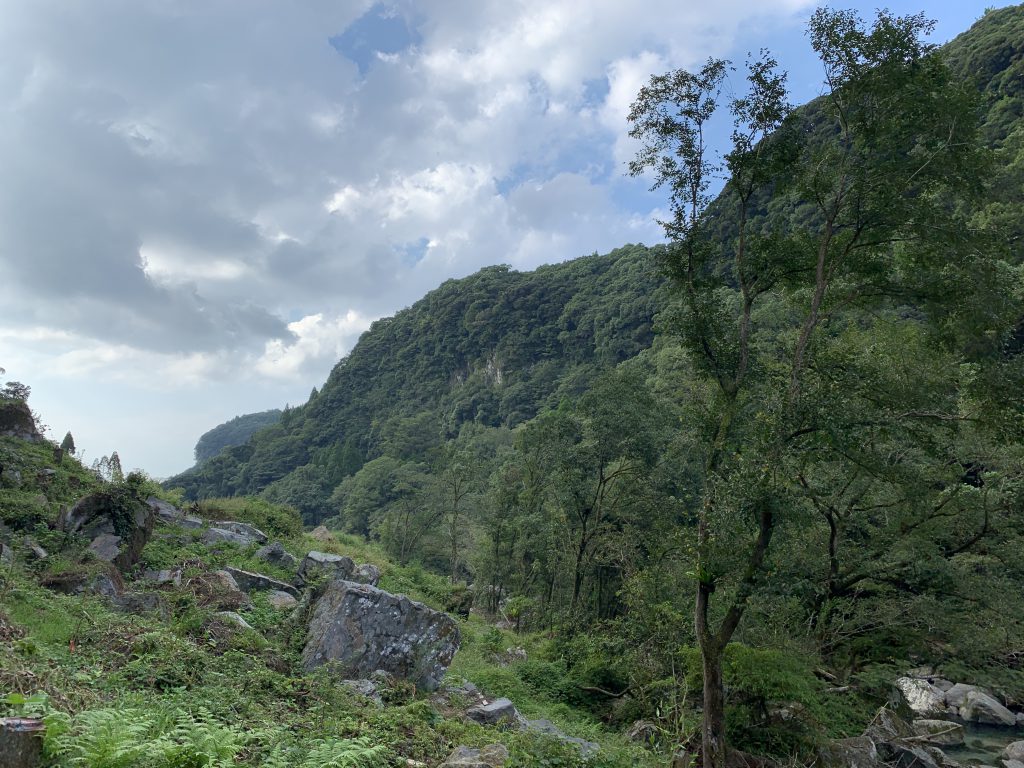 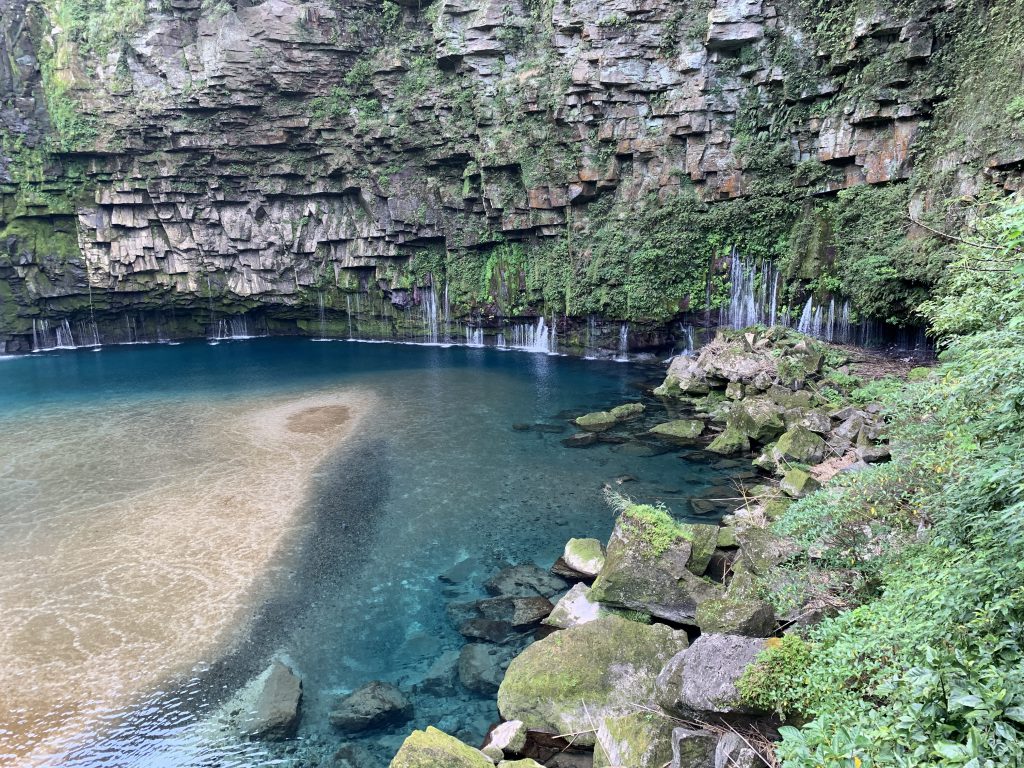 Yes it was humid, but the waterfall was spectacular. A lot of the water came from springs in the face of the cliff. 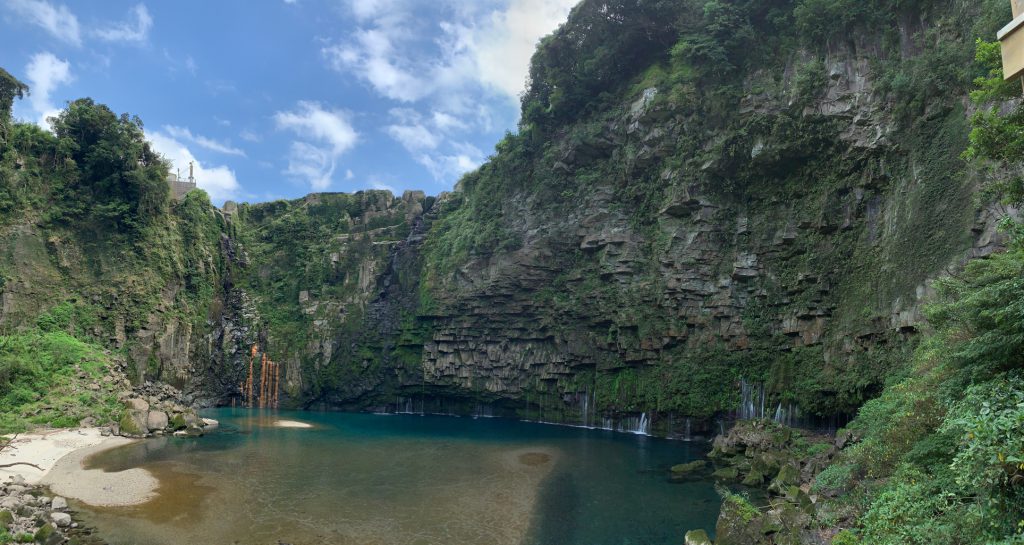 Then it was time to get back. I was tired of all the driving (it wasn’t freeway driving and would it kill a guy here to make a straight road?)

The volcano was still going. 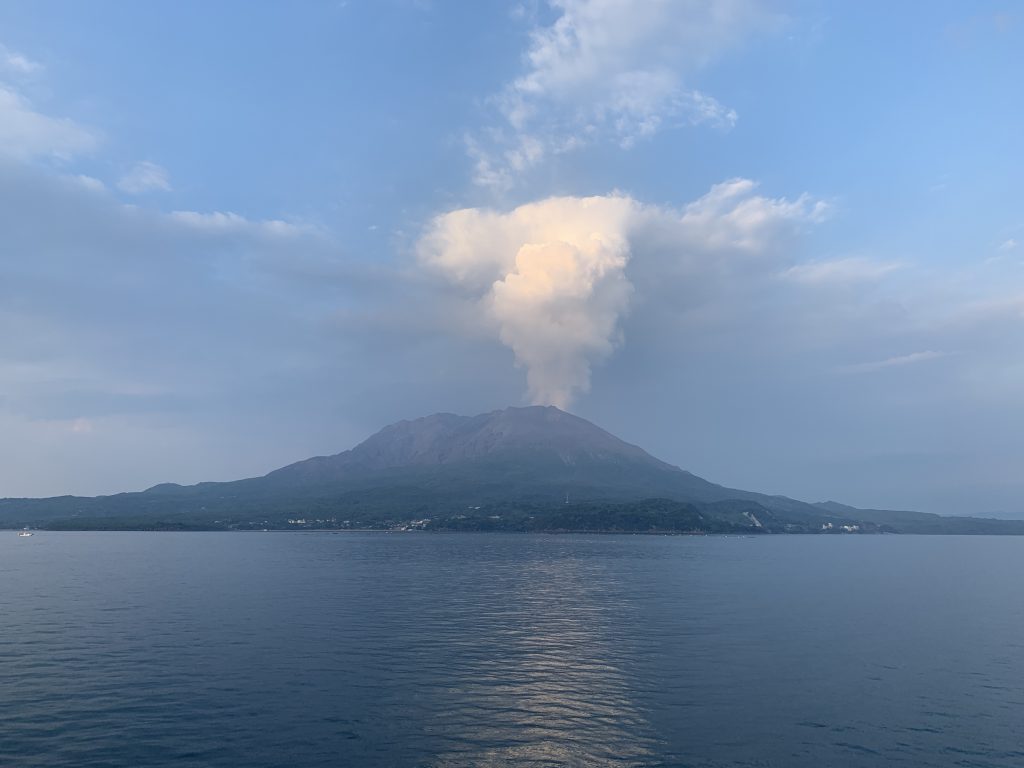 I got back to town, filled up with gas, and returned the car. Then I hit the train station department store for some dinner. I think I overdid the carbs. 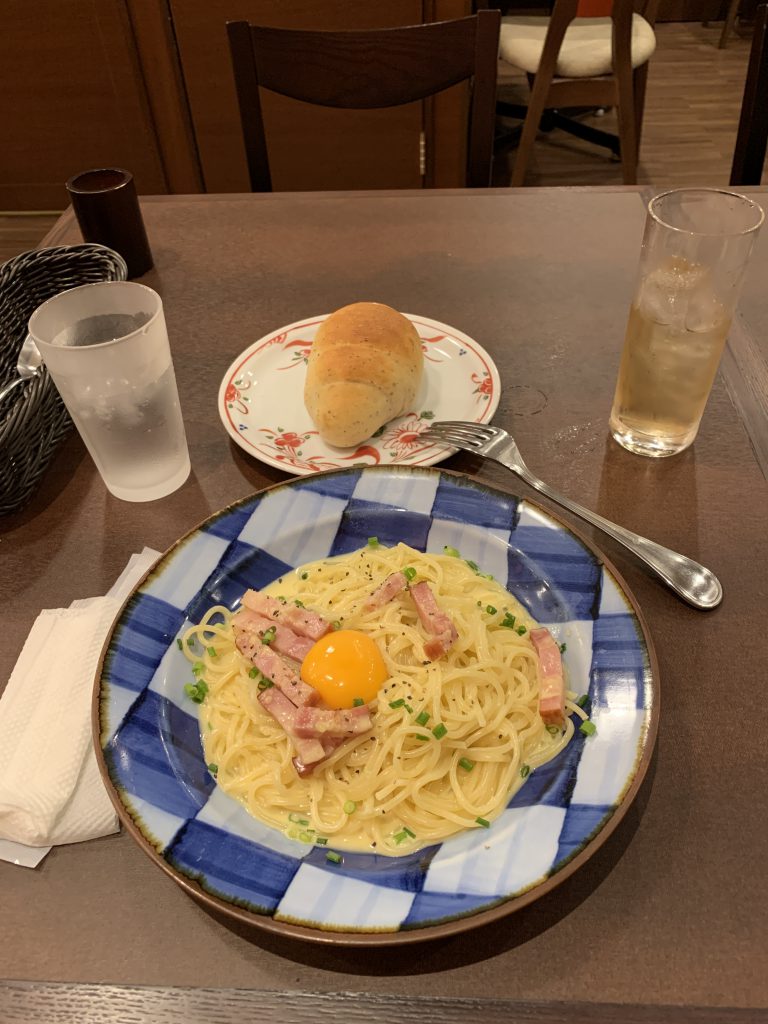 If the people next door stop slamming their goddamn door, I may get some extra sleep tonight.