Staying in Sakaiminato was kind of a mistake. I knew that when I asked the lady from the tourist bureau on how to get to Izumo and how to get back and she said, “You’re coming back?” I had two different people laugh at me when I told them I made that mistake. One was a random older guy at the bus stop (probably my age) who said, “Yeah, you went for the yokai? I bet it’s a bit of a disappointment,” and the other was the guy at the Matsue JR Green window who kind of said, “Sakaiminato? Oh boy.” Honestly it wasn’t that bad.

There are some oddities, though. I went out looking for a coffee shop and found out they don’t open until 9AM! Seeing as how they all seem to close early, I don’t know what the point is in keeping banker’s hours. I had to walk back to the hotel and in the opposite direction to the Lawson, who was very poorly stocked. I still got a tuna & egg sandwich set, a ham & cheese roll, a smoothie, and a can of coffee and ate it in my room.

Then it was off to Izumo Taisha, the oldest shrine in Japan. I took a big highway bus to Matsue, a train to Izumo, and then a city bus to Izumo Taisha. 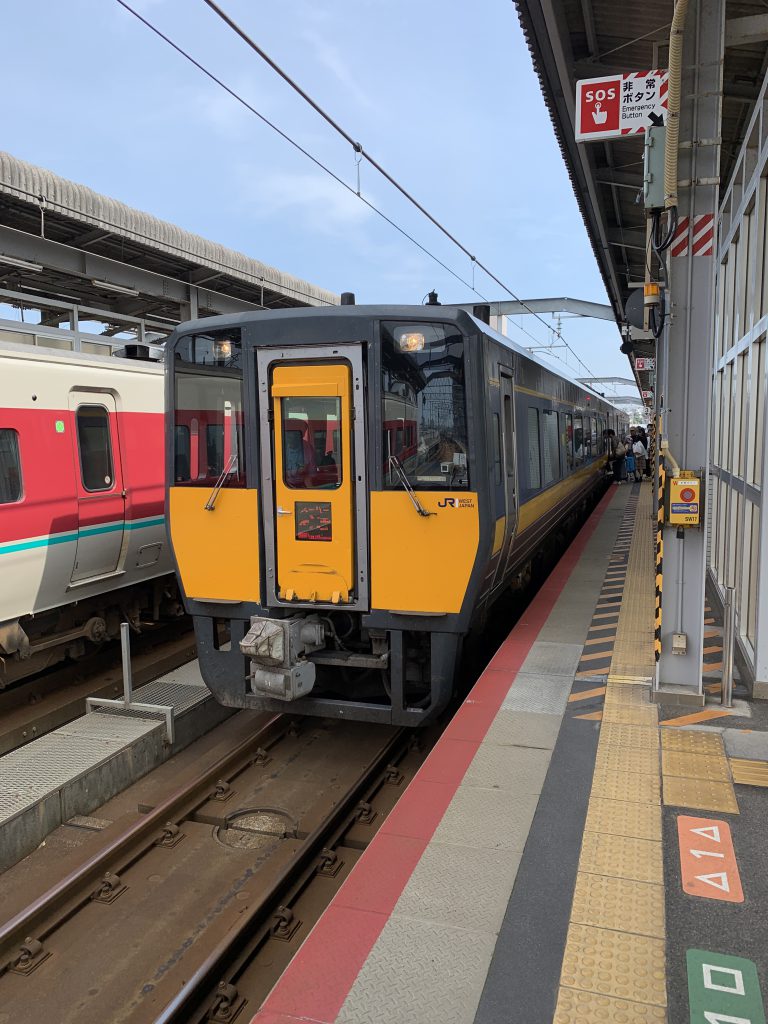 I guess the train was the same one as the other day going from Tottori to Yonago. Lots of waiting around in between the train and the buses, and my lunch was some unhealthy mess from 7 Eleven while I was waiting at Izumo station.

Anyway, the Izumo Taisha is the grand shrine and possibly the oldest one in Japan. I spent my time going around the grounds and it was HOT again. 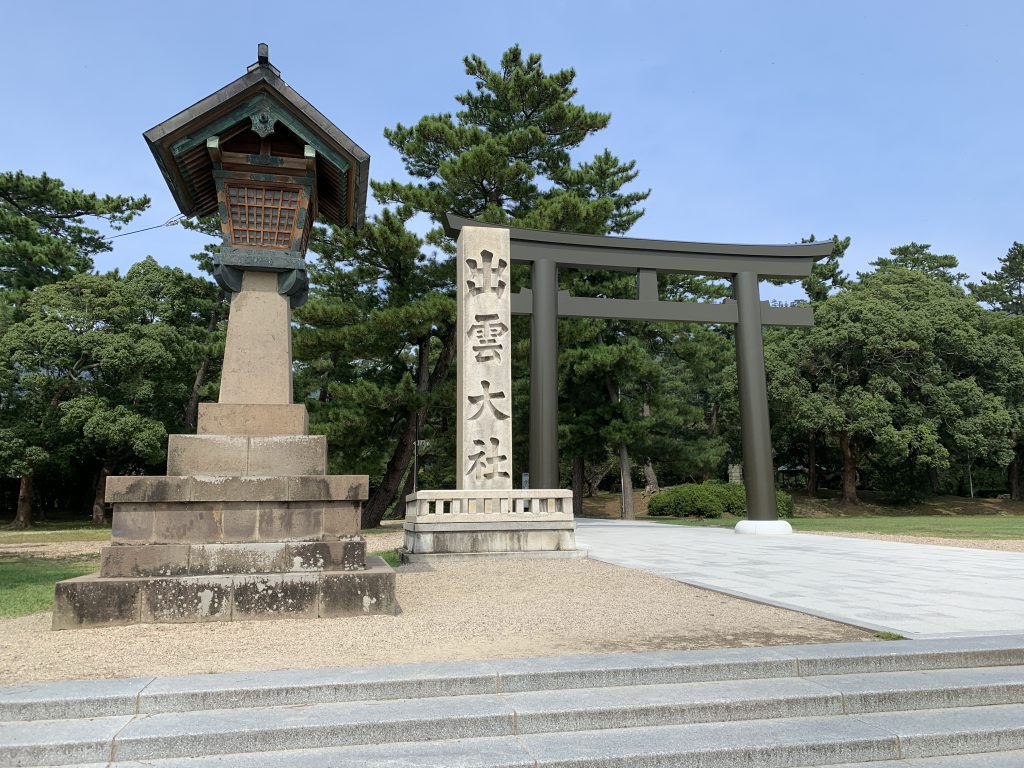 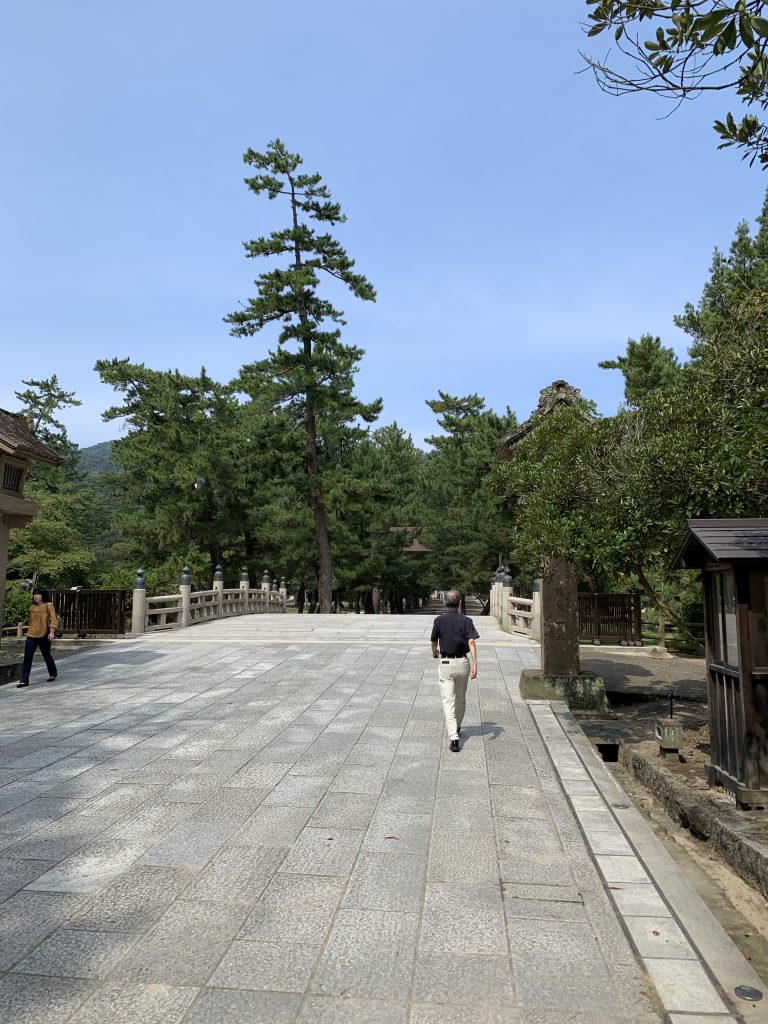 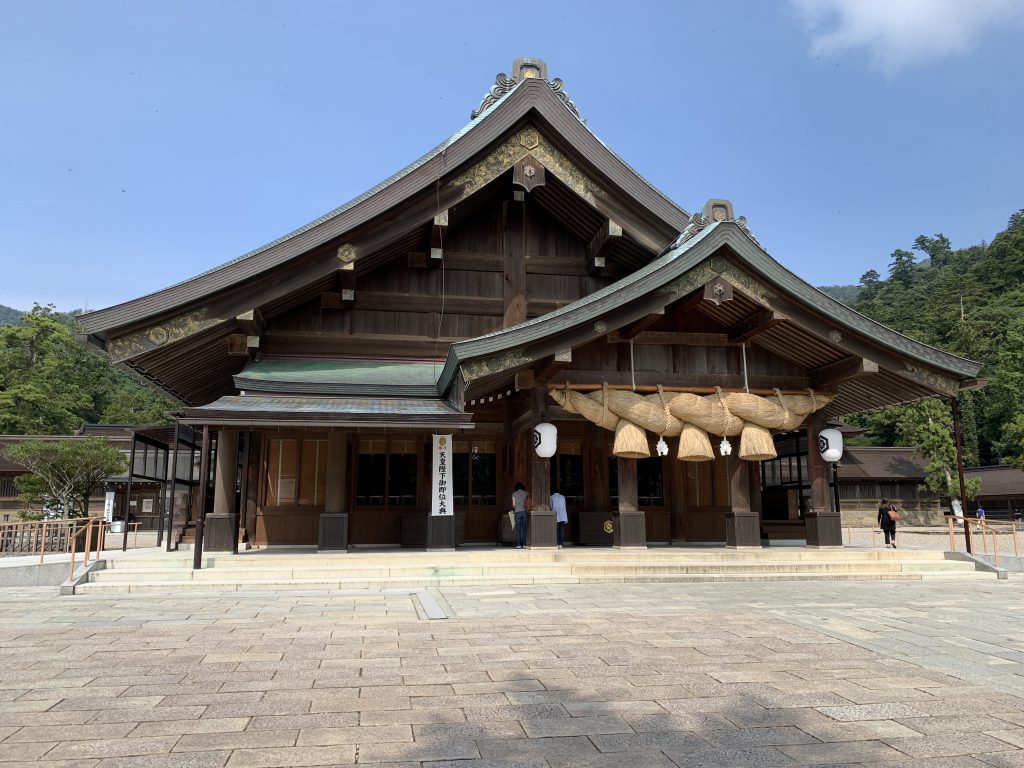 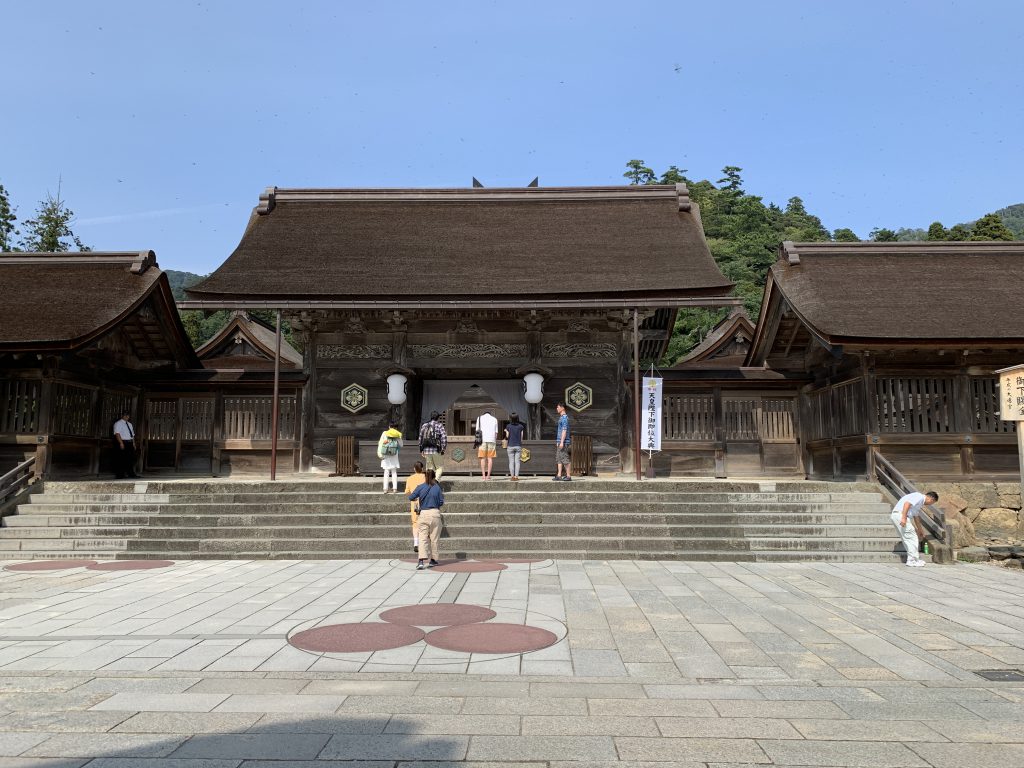 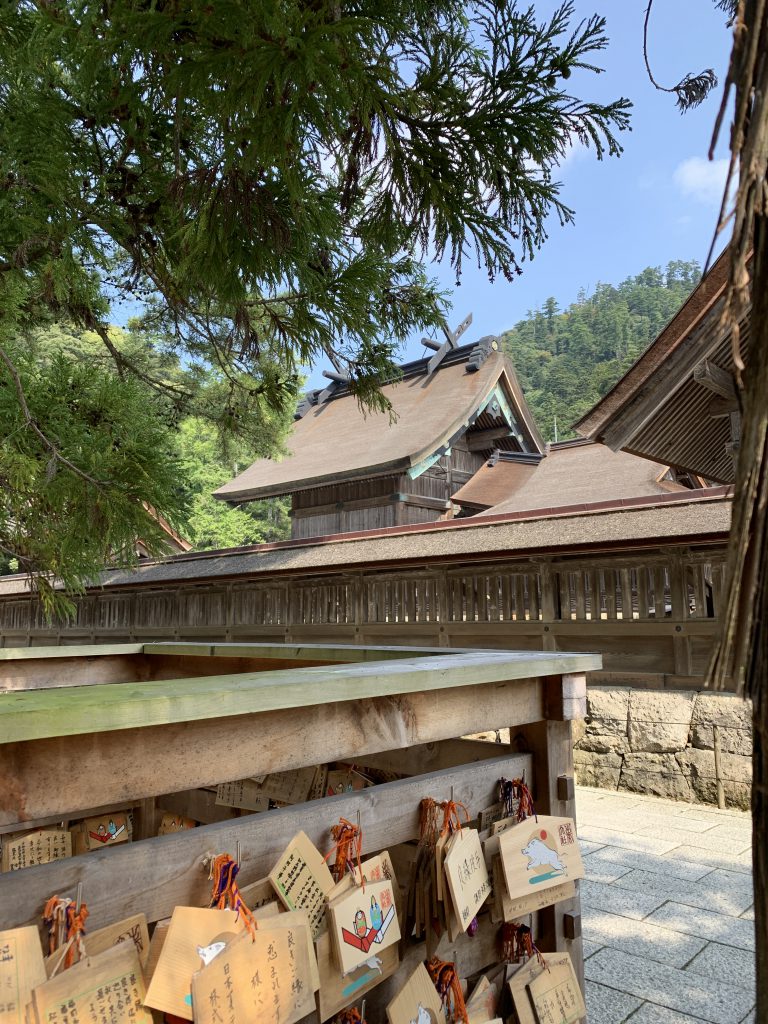 I also went to see the treasures of the temple, and then went to the Shimane Museum of Ancient Izumo where they have all the archeological history of the area on display. Pretty cool.

Then I got on a couple more trains to get to Matsue Castle because why not? It’s on the way back. I took the local electric railway where they still use paper tickets and the paper punch to show you got on. 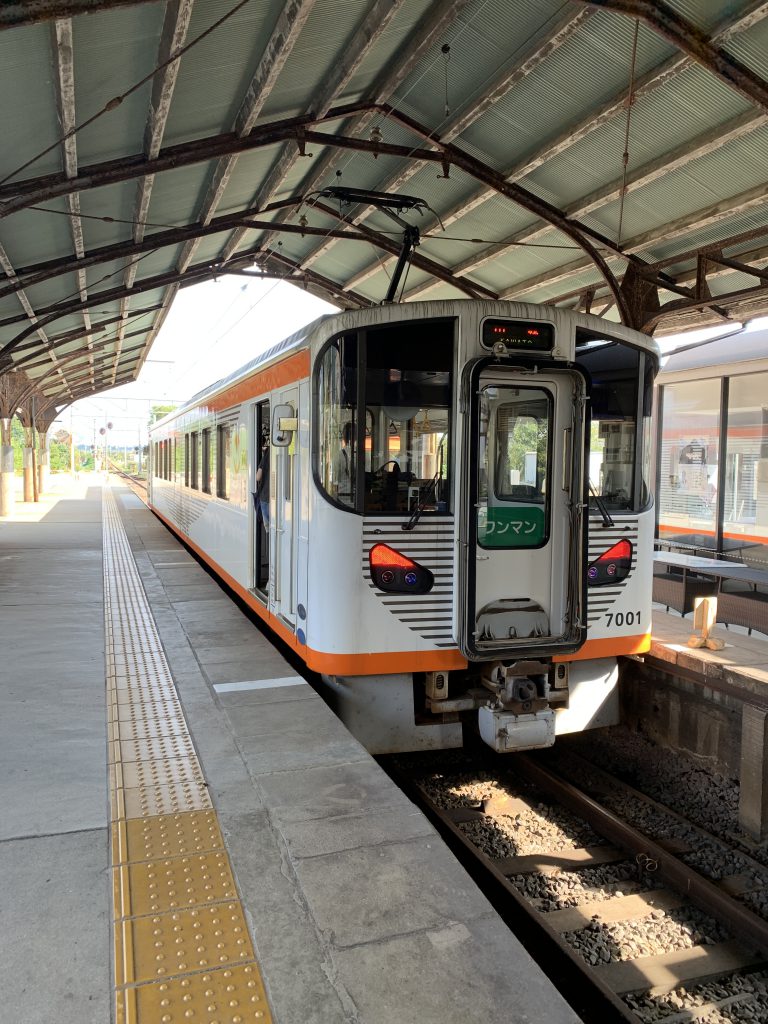 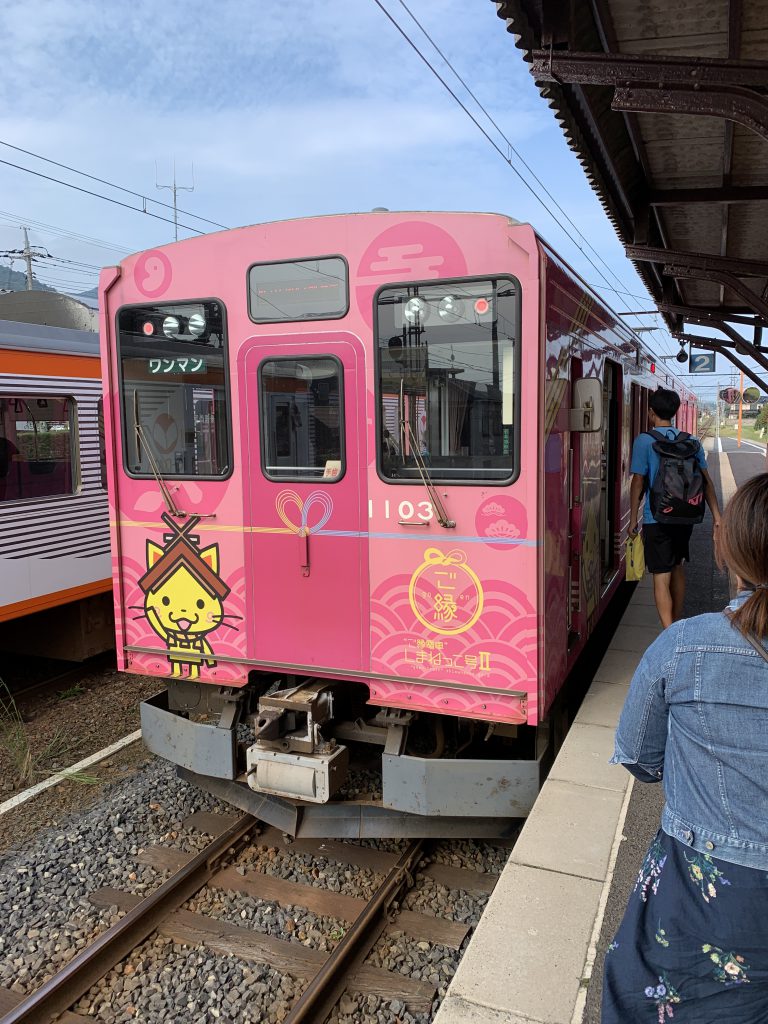 It even had one of those weird turnarounds I never understand. 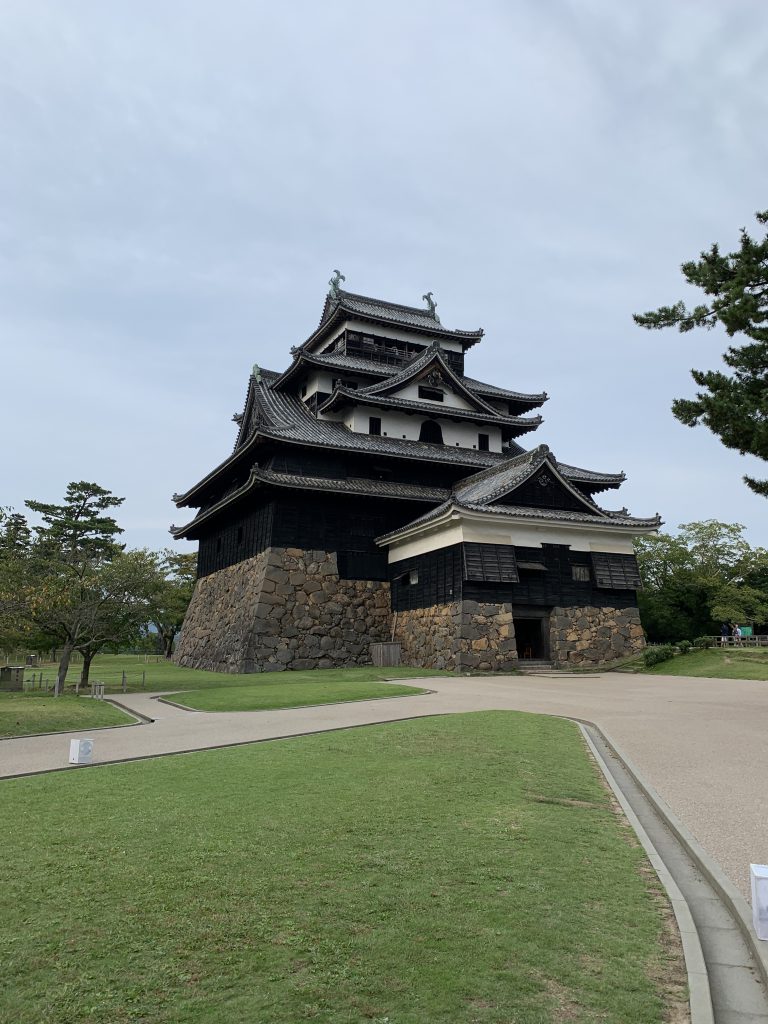 My train back according to Google was canceled! So I had time to eat some so-so ramen at the train station. 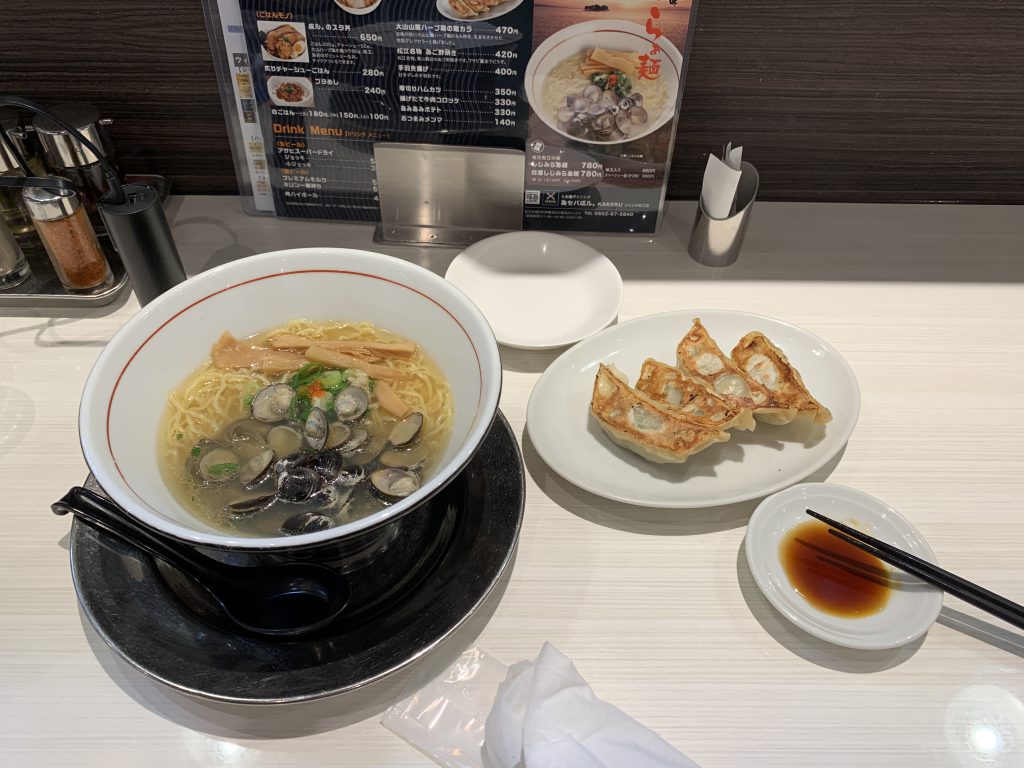 And then it was back on the same sort of train to get back to Yonago, and then a nondescript non-cartoon-wrapped train to Sakaiminato. 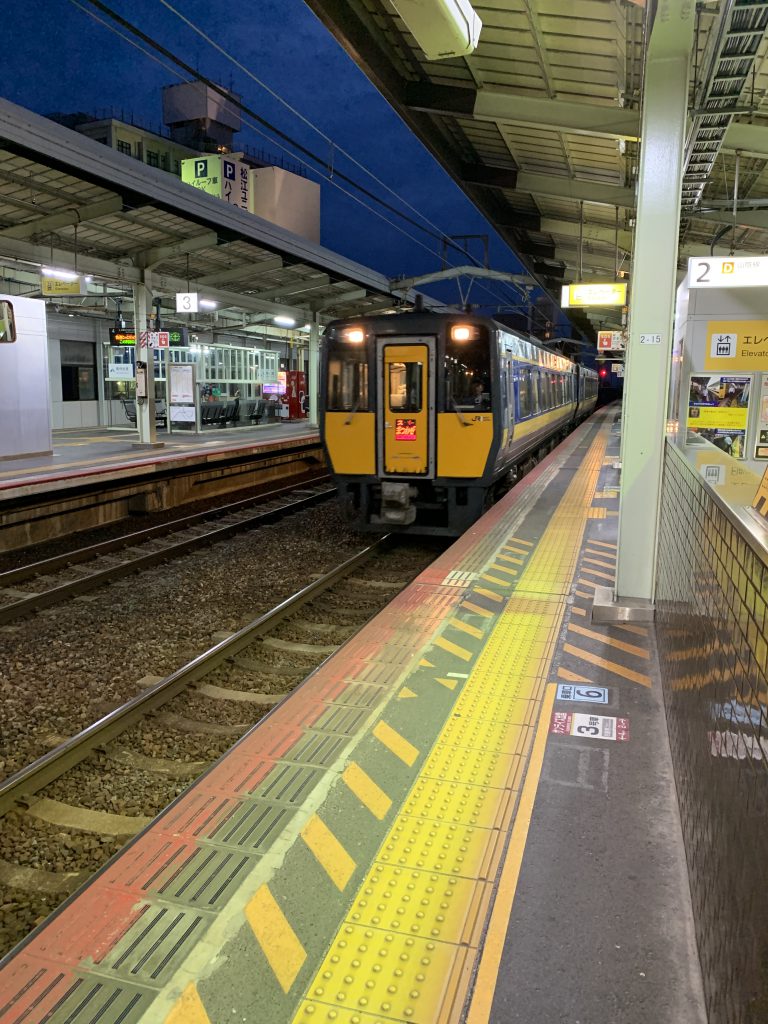 And another thing I found out – I was on that crazy bridge connecting Tottori Prefecture and Shimane Prefecture (look up the Eshima Ohashi bridge) and I didn’t even know it! Anyway, that’s it for today. Here’s a video of the beer robot that I hope shows up OK. 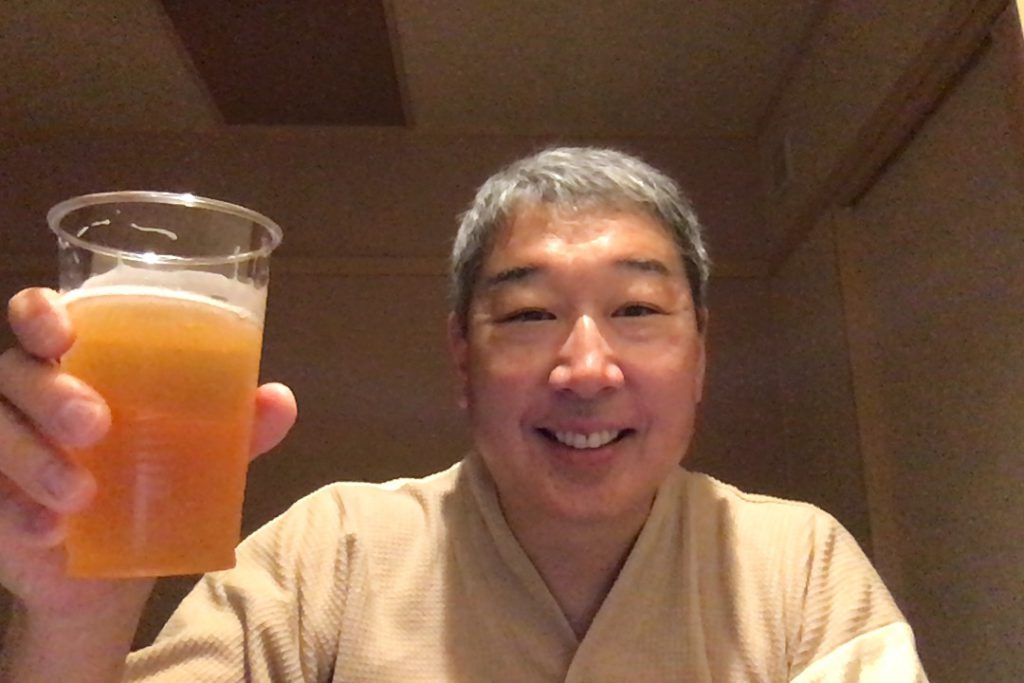 Bad Behavior has blocked 31 access attempts in the last 7 days.