So there wasn’t a whole lot going on in Fukuchiyama, and the JR people weren’t all that nice to me, but it kind of grew on me. And my room at the Route Inn? No, Sunroute, was fairly quiet. It was on the 2nd floor and right across from an ER on a main road which seemed ominous. I even heard one bosouzoku go by with his loud motorcycle (one of several) but that was the only one and it was around 7pm.

Anyway, I didn’t want to pig out (yet) so I went back to the station where I saw a coffee shop. I was the only one there! The guy got upset when I said I didn’t like “sour” coffees and was describing the flavor I wanted (I think he was quite a coffee nerd) and I had a really nice cup of Kilimanjaro with some toast. 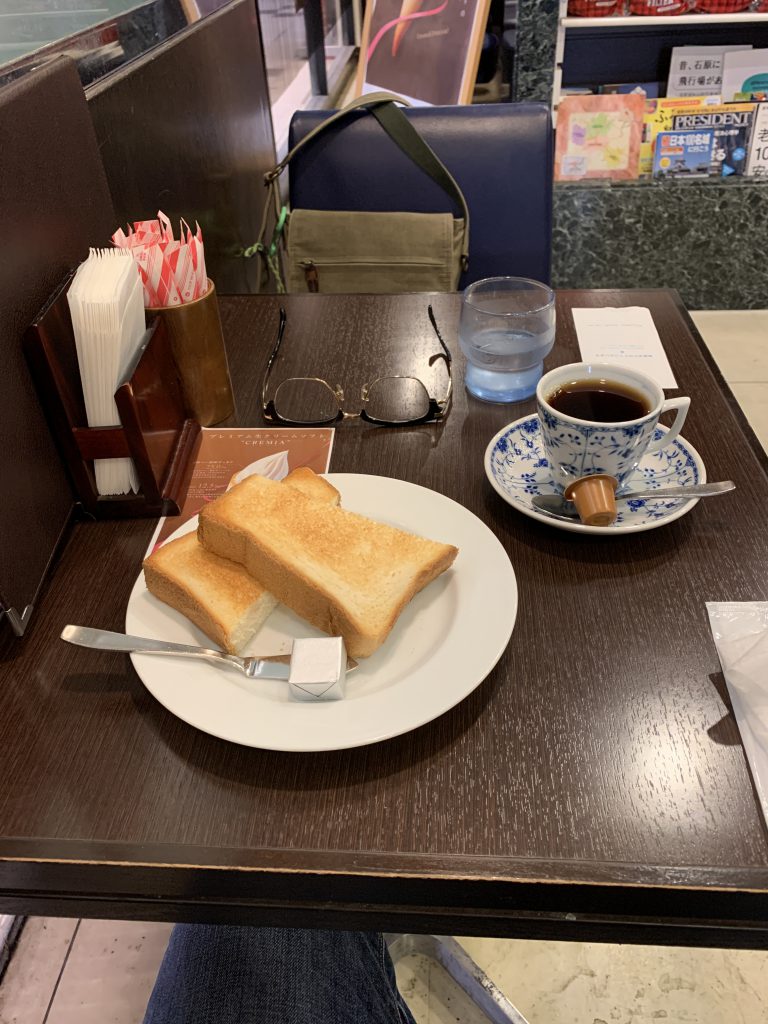 Then it was an easy ride to Kinosaki – just one train! I got there way too early to check in, so I looked for the craft brewery I heard about. I upset that guy too when I said I wanted to walk to the brewery. Seems like I find all the touchy people. 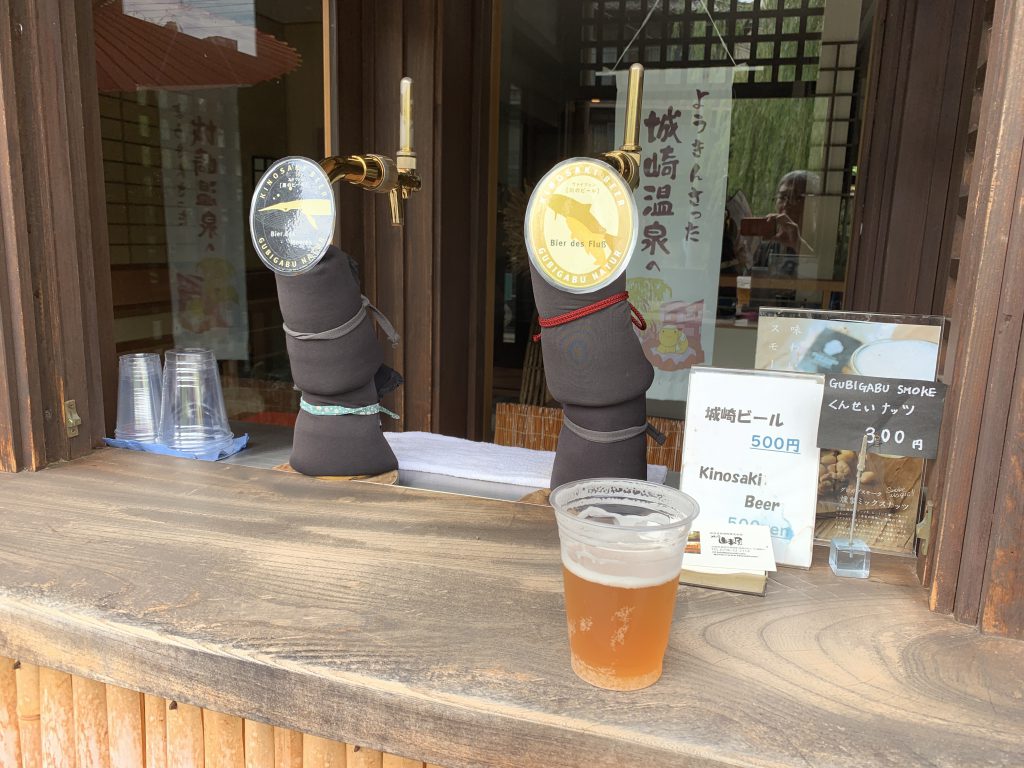 It was a Weizen and not bad, but screw those guys.

It was another hot (and humid) day so I decided not to walk to the top of the cable car (I wore long pants again) and took a ride up. It was nice and cool up there and I even had a fairly good hot dog. 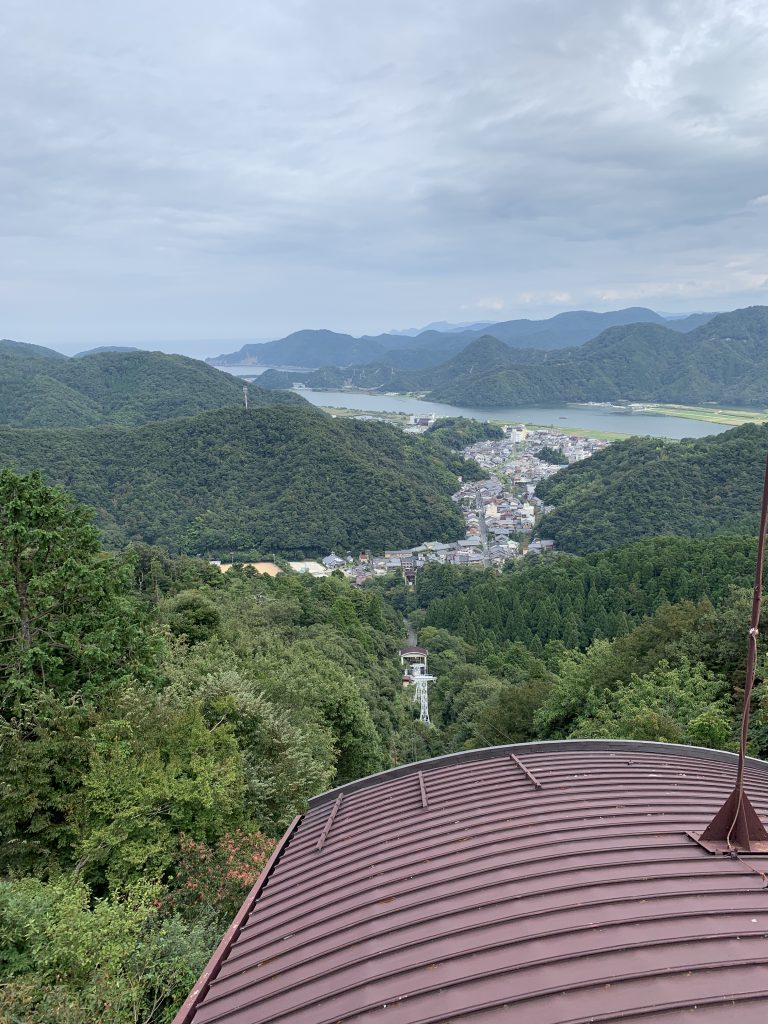 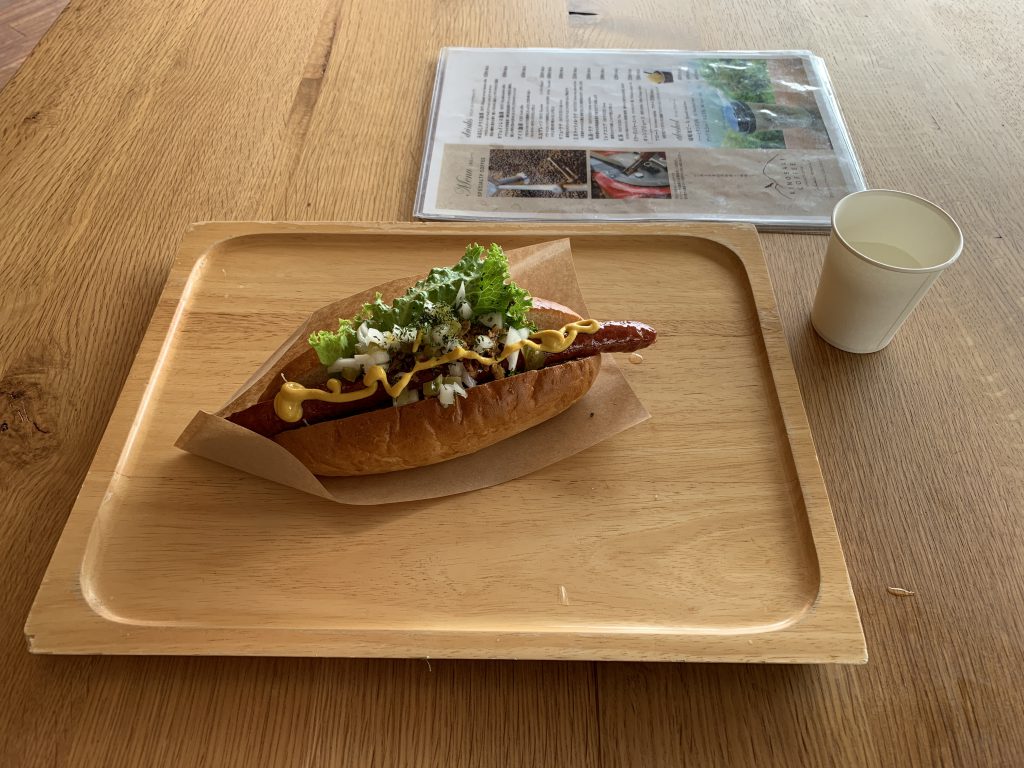 There was a weird game where you were supposed to pray at the temple and then make a wish and try to throw plates through a hole in a board. It looked hard and I confirmed it by watching some people completely miss the board. 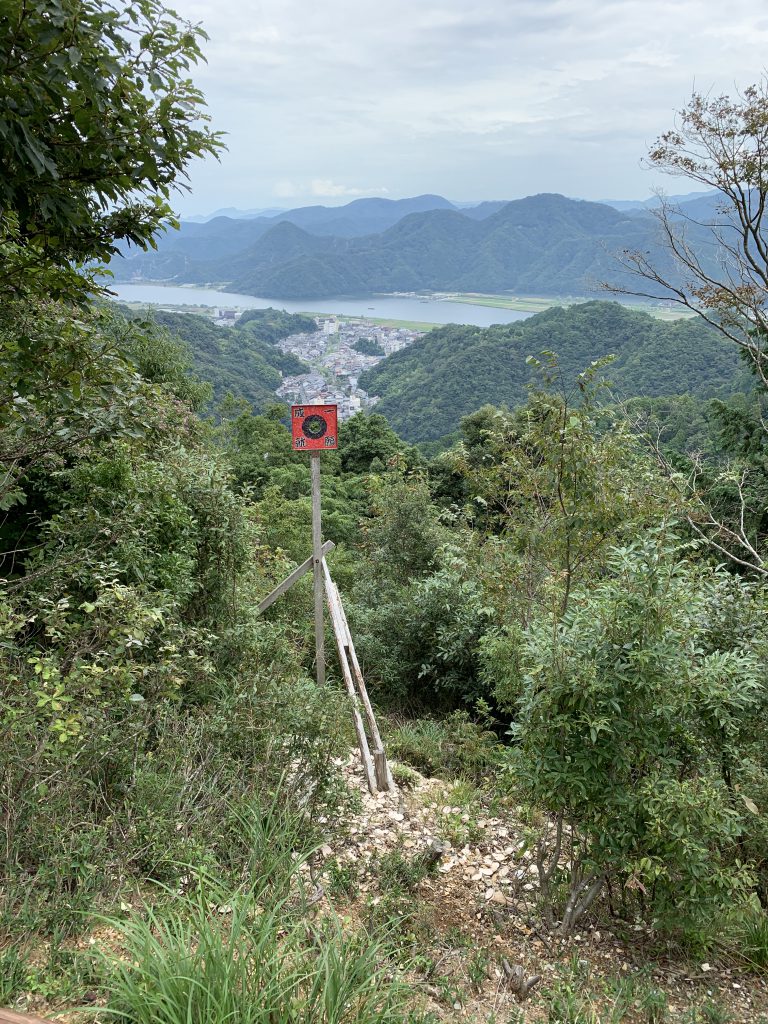 I spent some time up there and it was nice and breezy and cool. I figured it was cooling down so I should walk down the mountain. Not the best idea either. It was rather slippery and slightly muddy towards the top (a few times I wondered if I was going to end up sliding my way down) and it took a while to get to the middle cable car station – Onsendera Temple. I met some people coming up and found out that from Onsendera it was 1000+ steps straight up/down.

At the bottom there’s a spring where the water comes out of the ground at 80°C! They sell eggs there and you can cook the eggs in the hot water (the famous Japanese onsen tamago). 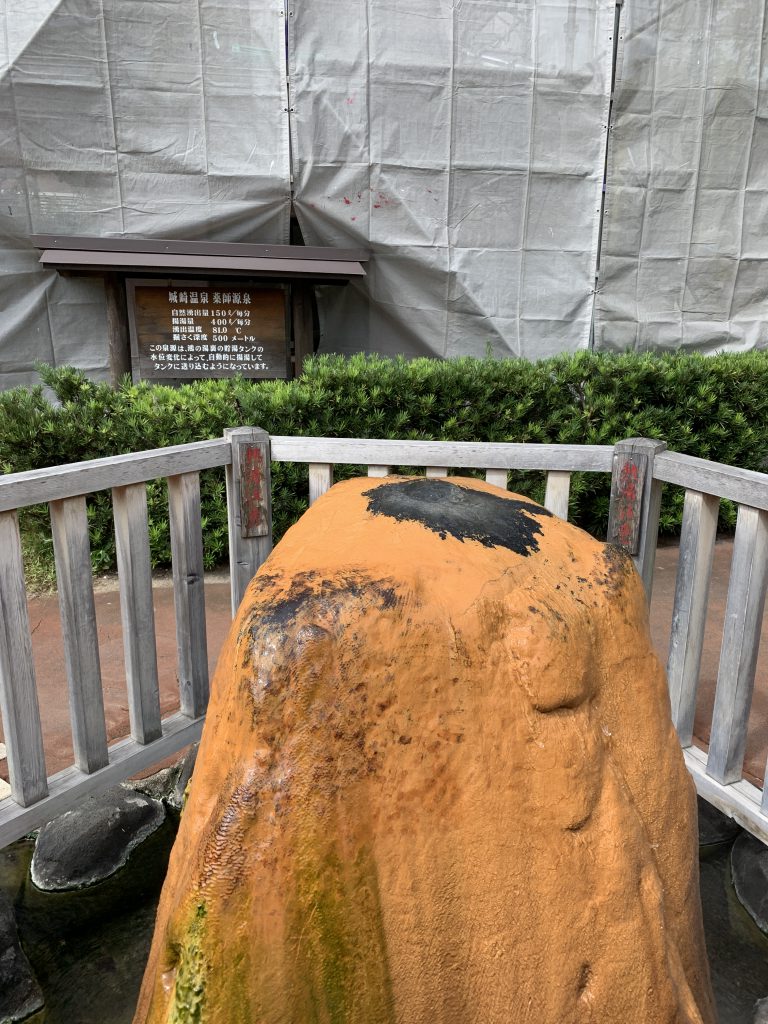 I got back to the ryokan and checked in just after 2pm. 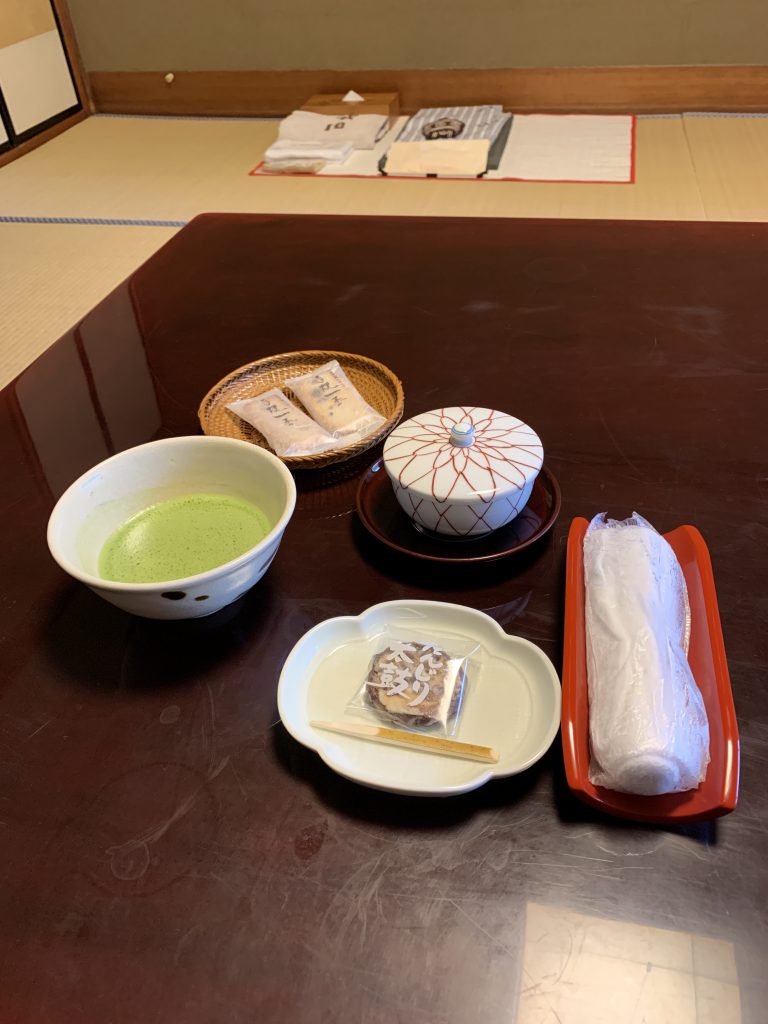 I changed into my yukata, got my onsen pass, and went around to all the public onsen except for two – one was closed and the other was all the way back at the station and I didn’t feel like walking that far in my ryokan geta. Five baths killed a lot of time because I got back just in time for dinner! I told them that sure, I’d pay the extra ¥10,000 for the special kaiseki dinner (in-room no less). It was great and not so much that I wanted to pass out afterwards. 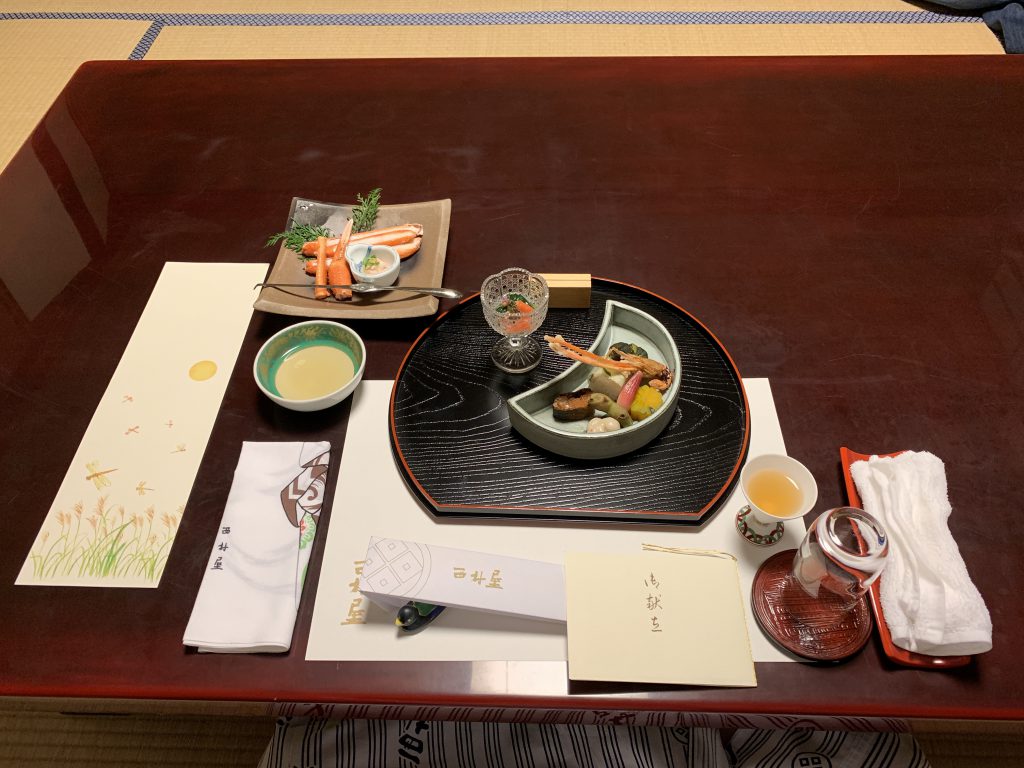 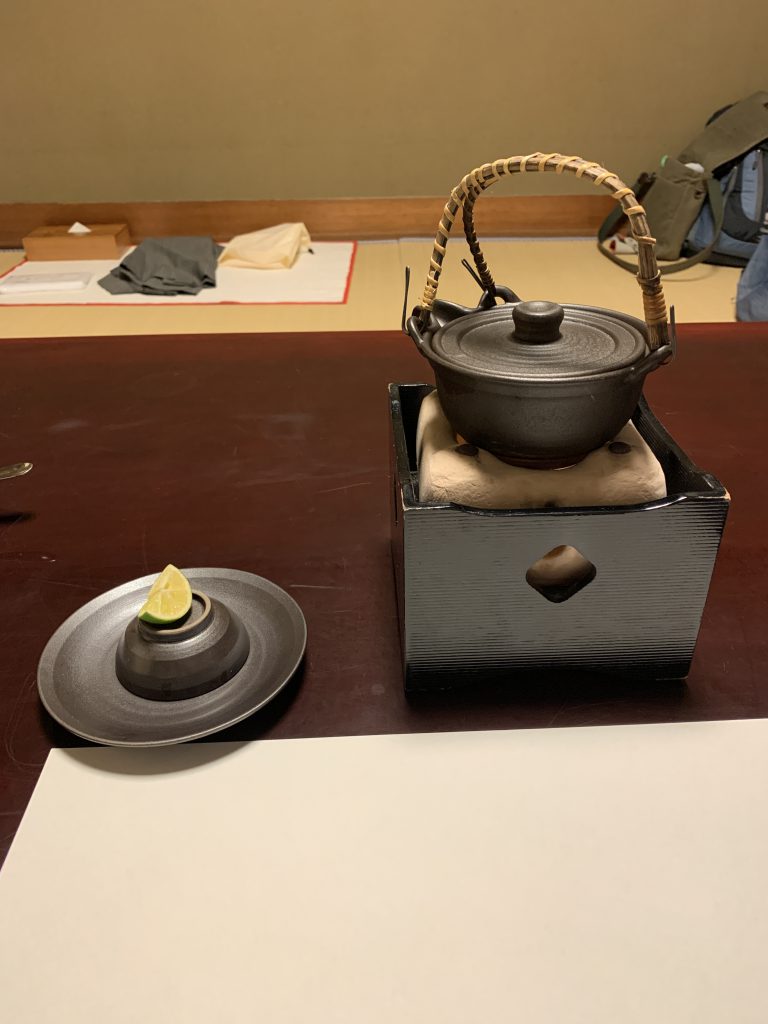 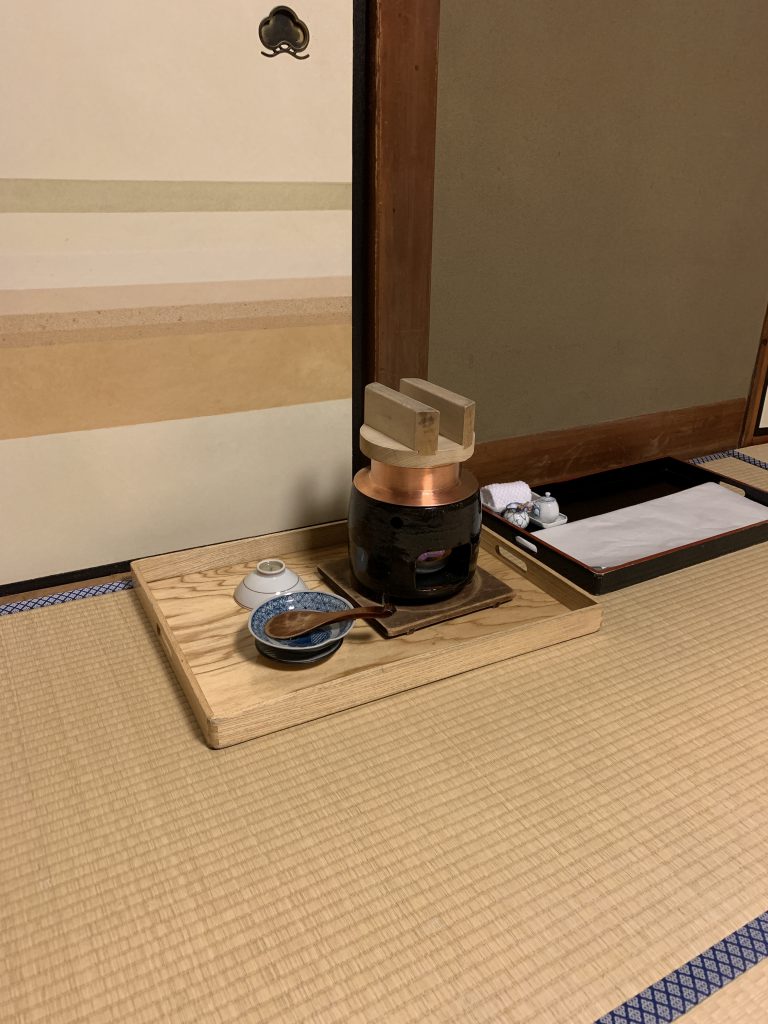 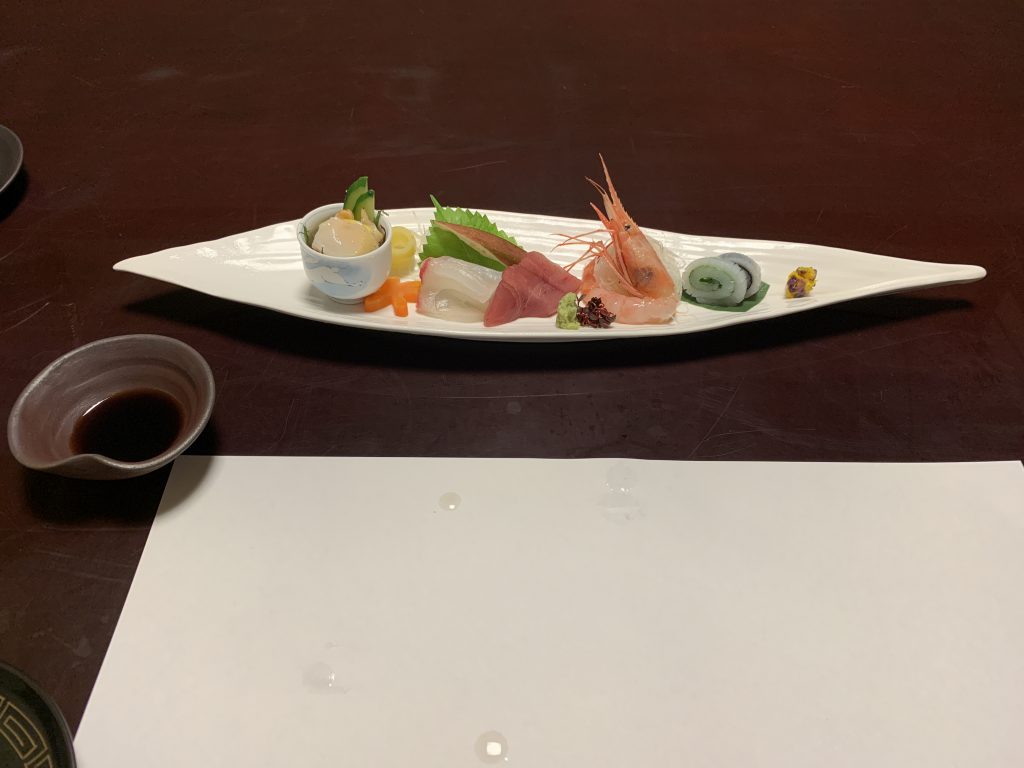 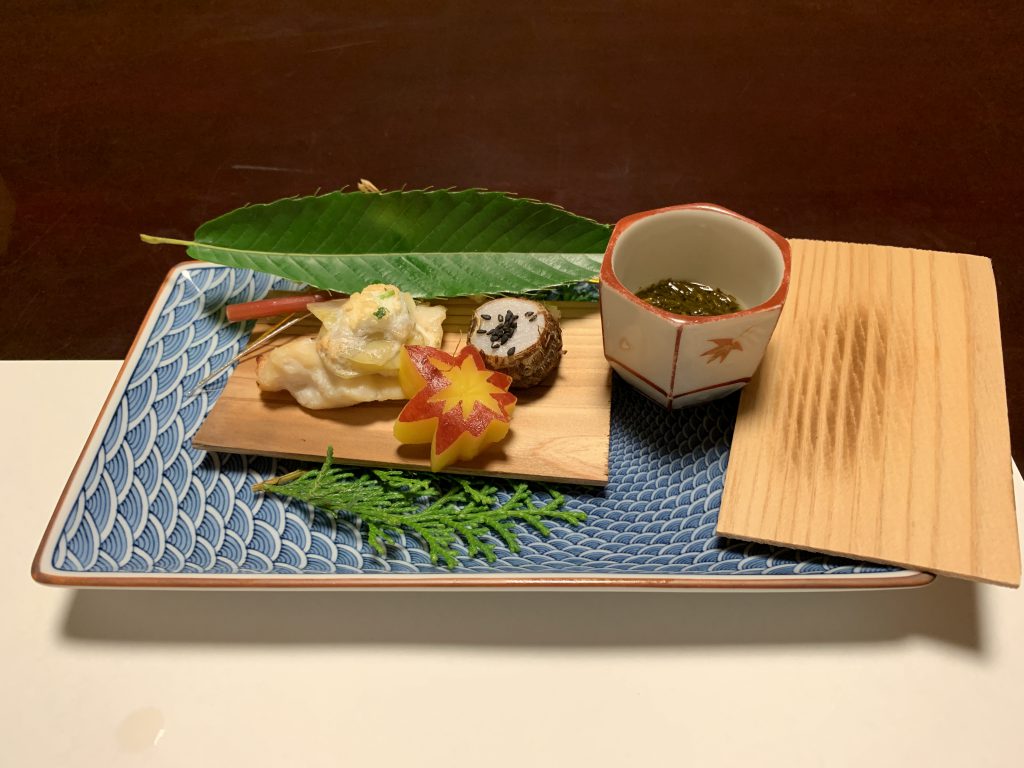 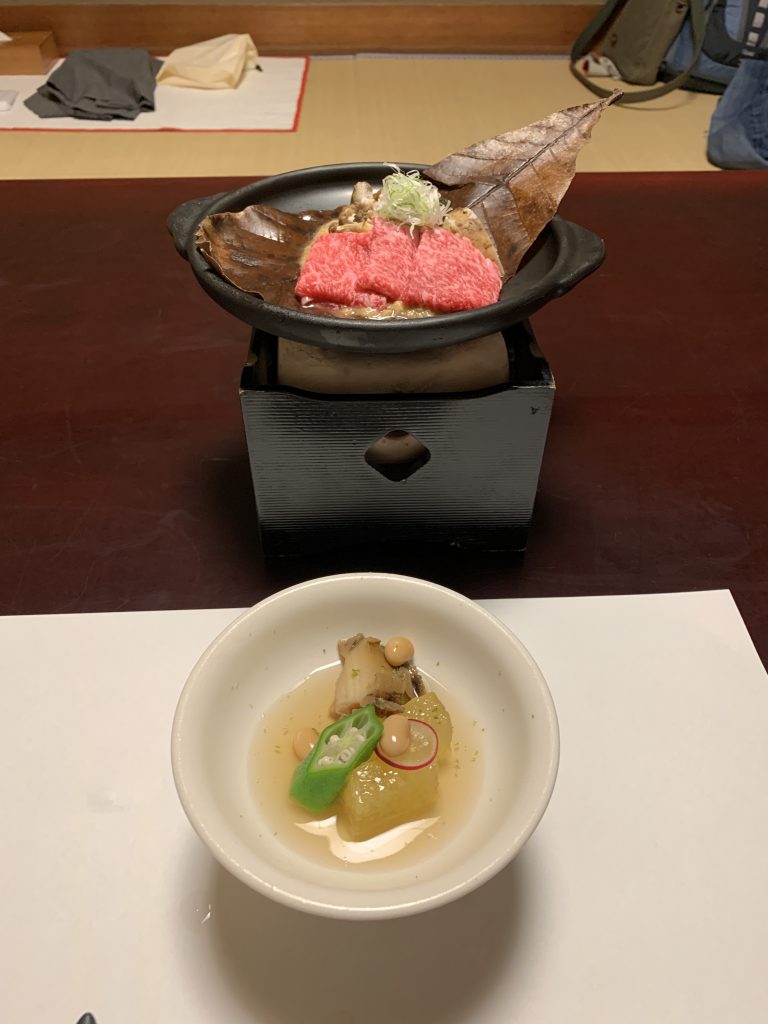 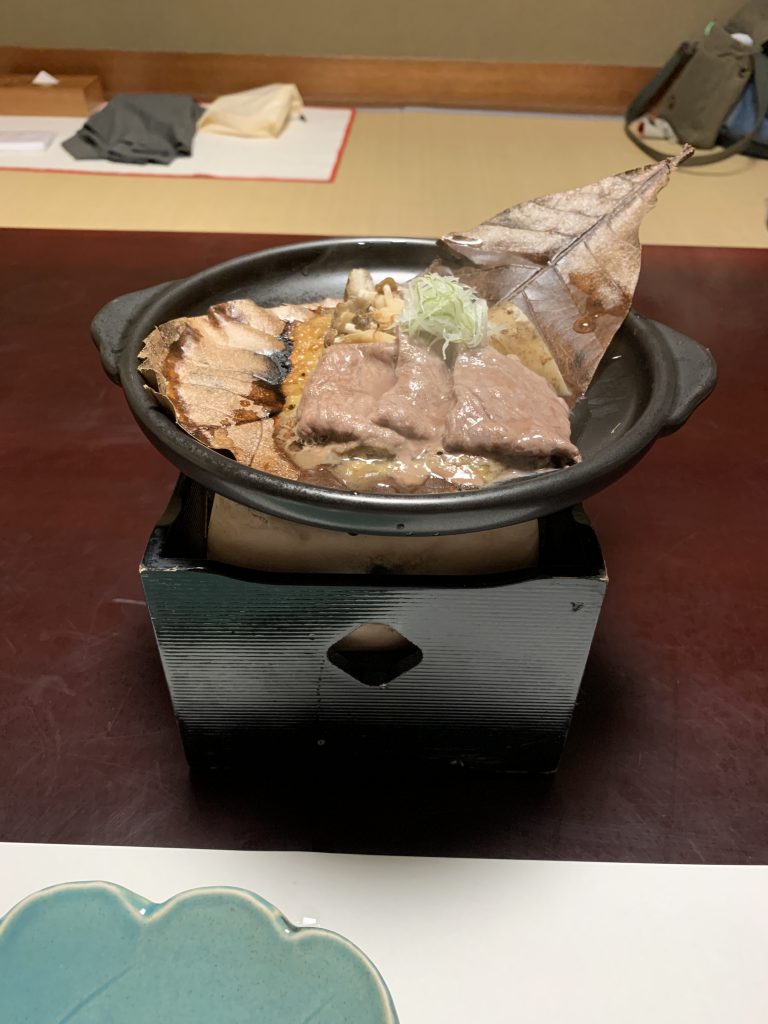 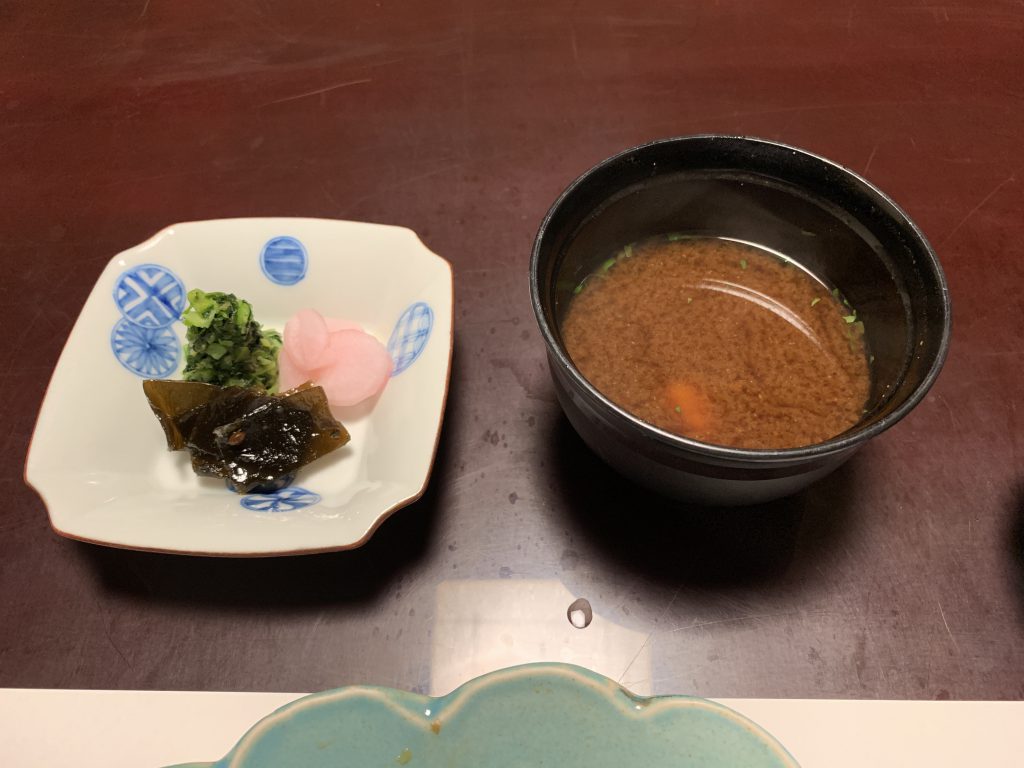 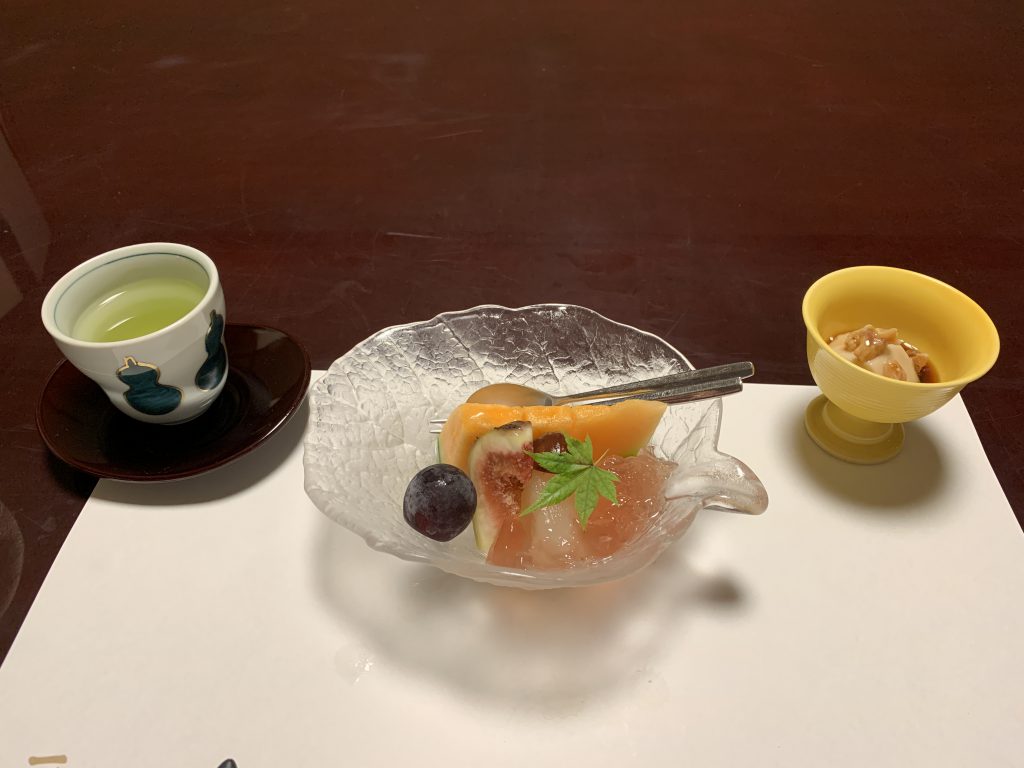 After that it was just another bath in the ryokan onsen, and off to bed!