You’re going to have to give me a minute because for the second day in a row I convinced myself I needed to try all the beers at a brewery. Not only that, but the it was a very Japanese brewpub, meaning it was a Japanese restaurant, and they didn’t have a taster tray. After they figured out I wasn’t from Japan, they also sent me to a second taphouse and I convinced myself that would also be a good idea. I got really lost and found out I wasn’t too far from my hotel.

I took an “express train” (the same one as yesterday, but all the way to the end) to Akita. On the way my friends from Niigata convinced me to ditch Yamagata and get to Niigata early because Typhoon 17 is on its way (I’m not sure who named it Tapah, but it’s just called 17 in Japan).

But first, breakfast in Hirosaki. The breakfast at the Route-Inn was included and was pretty good. The only bad part was the coffee, and I thought that would be remedied by the coffee machine in the lobby (it was not). 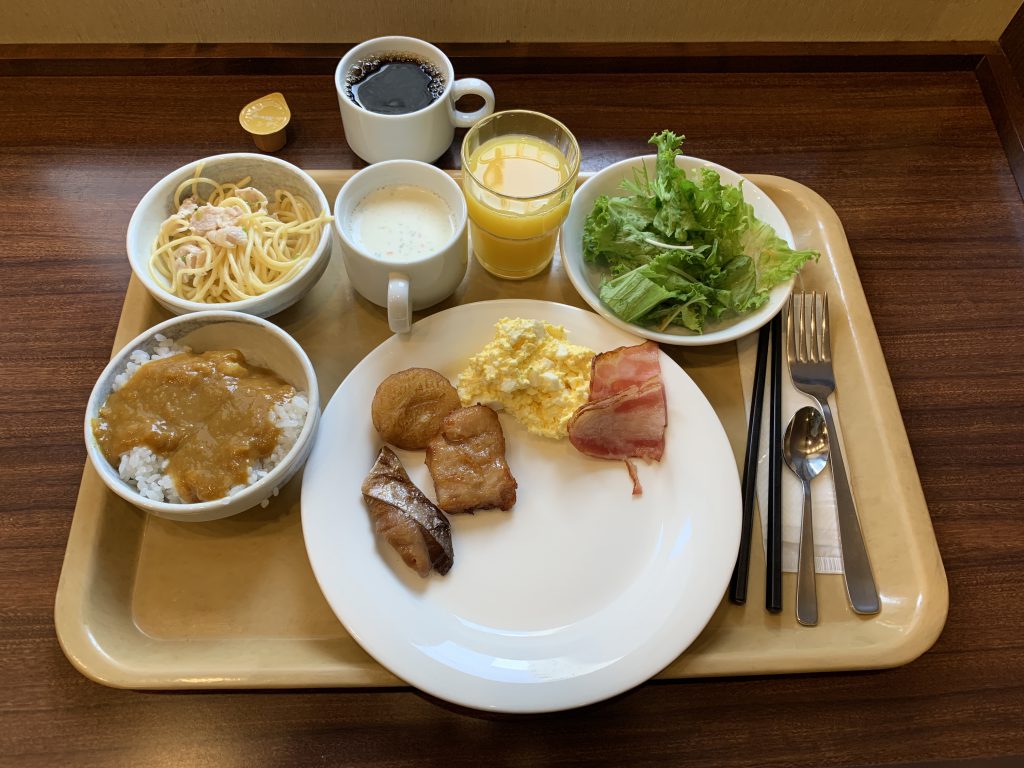 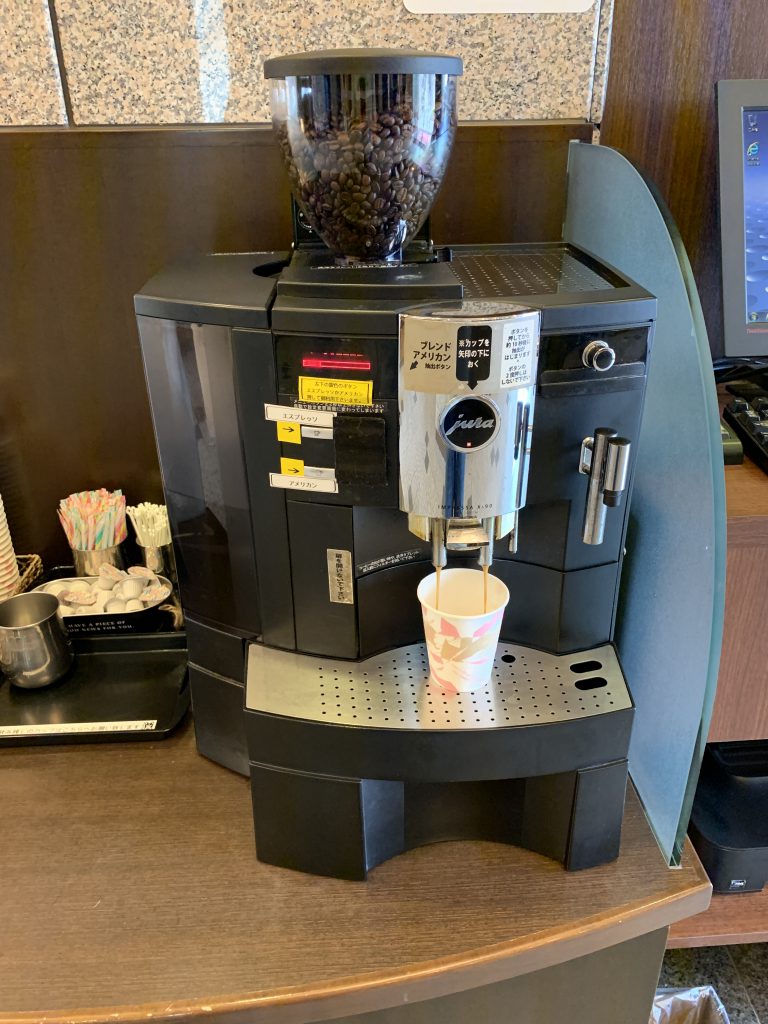 In any case, I made it to Akita, where they wouldn’t let me on the Shinkansen platform to look at the Akita Shinkansen (a mini-Shinkansen that doesn’t go as fast and also only goes from Morioka to Akita.) I got to the Dormy Inn and I broke out my laptop to try to frantically find a hotel for Sunday night. Fortunately, I found one but it wasn’t that close to the train station. I also tried to find a way to still get a ride on the Akita Shinkansen without delaying my trip to Niigata that much. Fortunately the guy I ran into this time must’ve known train nerds, so he let me take the train from Akita to Morioka back to Akita (a ~3 hour round trip) in time for the 1PM train to Niigata.

After that it was tourist time. The first thing I went to was the “Folklore and Performing Arts Center” where they did the lantern balancing from the Kanto Matsuri. It was another “festival” museum. 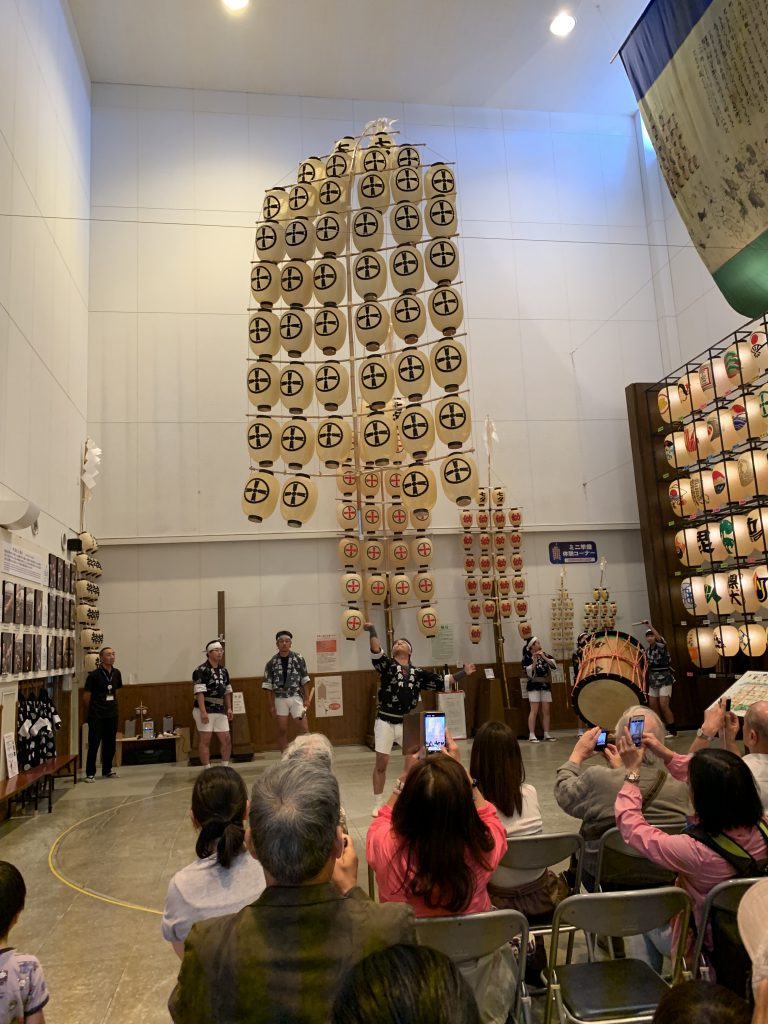 I had to get there quickly because the demonstration where they balanced the lanterns on their foreheads, chins, hands, and hips was about to start. Later on I saw them doing the same thing on the street. 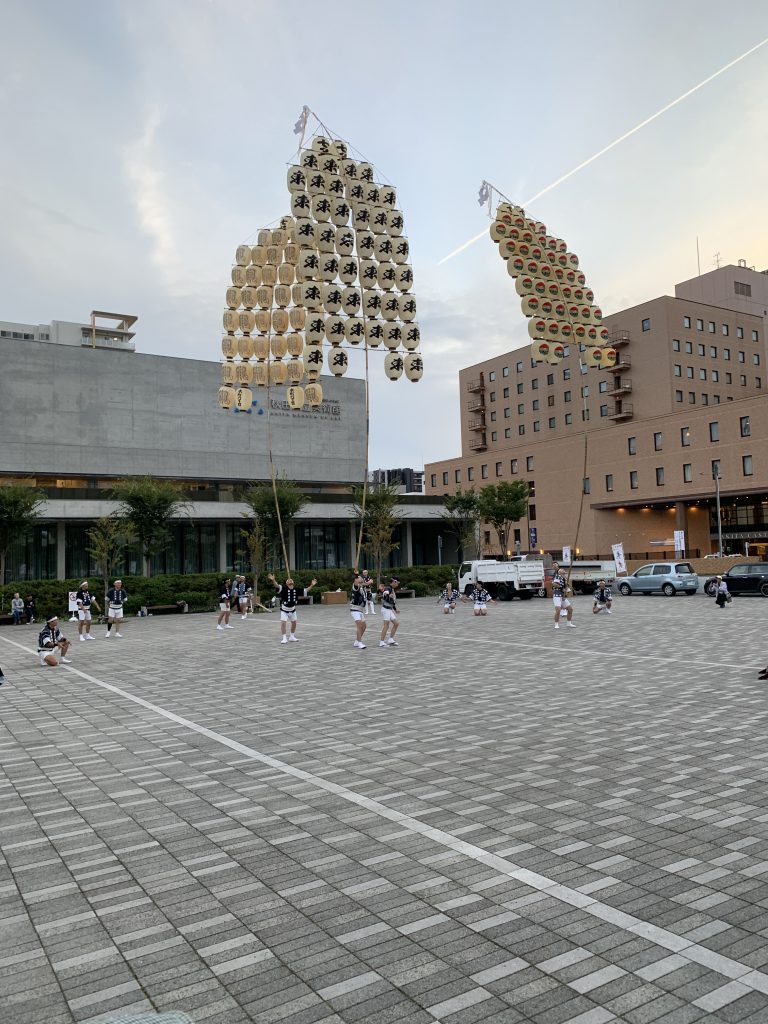 I got the “loop ticket” and did most of the things available to me, the Akarenga art museum, the Kubota-jo museums (Satake historical museum and the castle turret display), the art gallery in the Atorion Building, and the Akita Citizen’s Market. 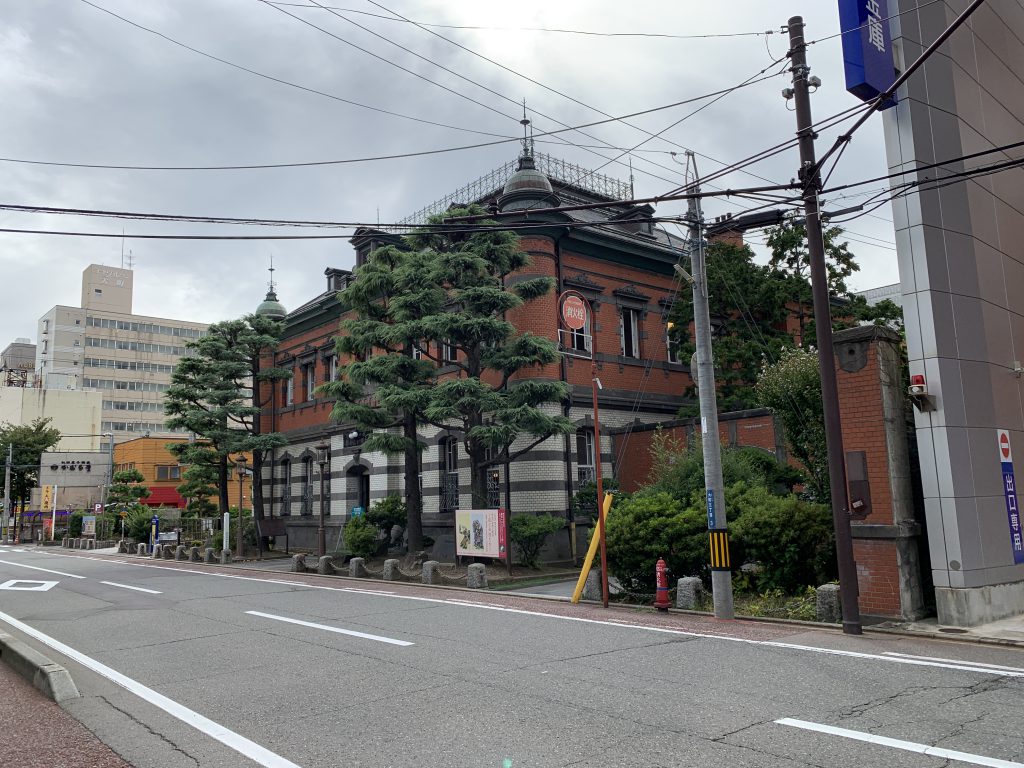 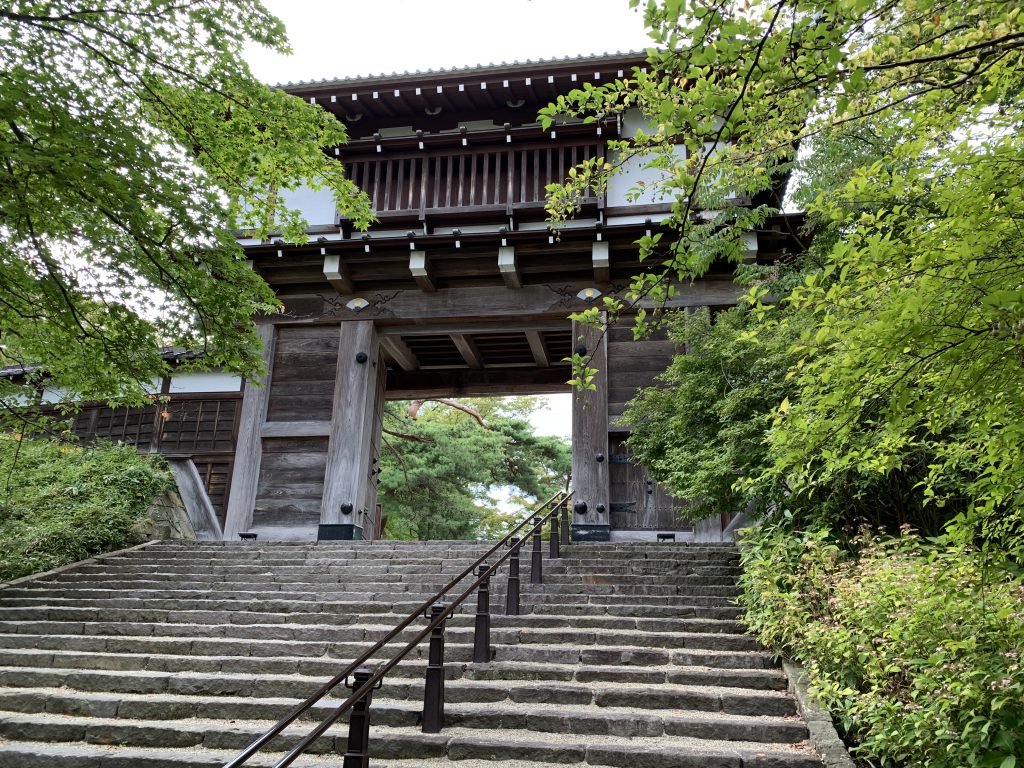 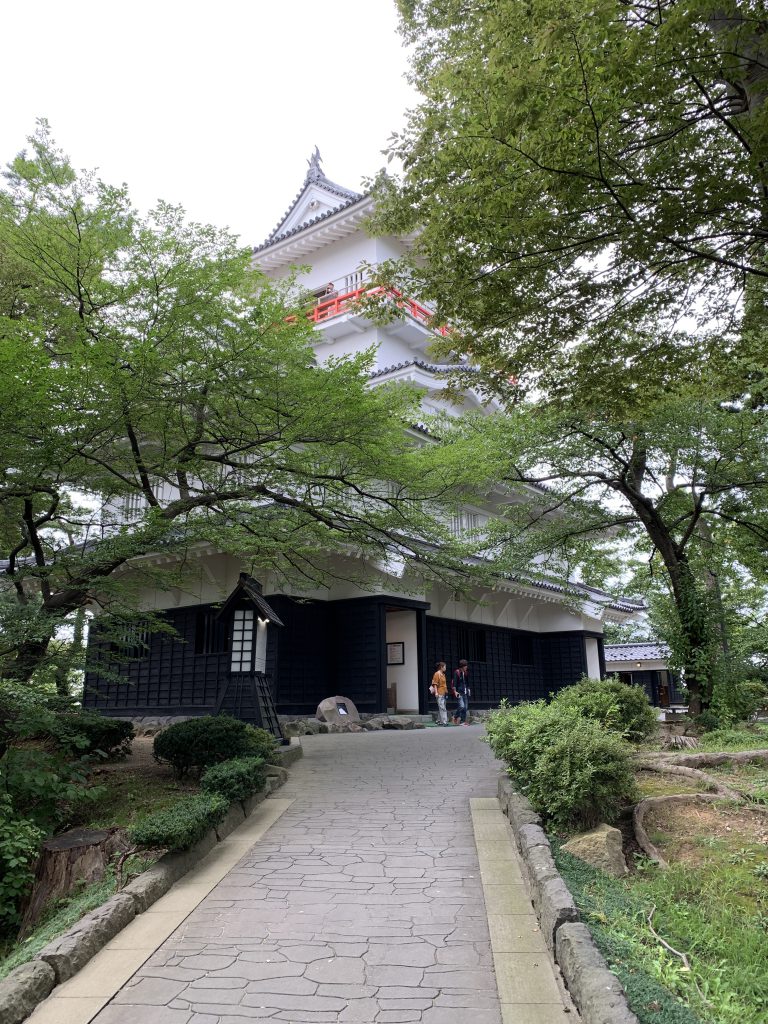 And then dinner. Was it wise to drink my dinner again? Probably not, but that’s just how I do it. I had five beers at Beercafe Aqula and both of the Japanese craft beers at Beer Flight. 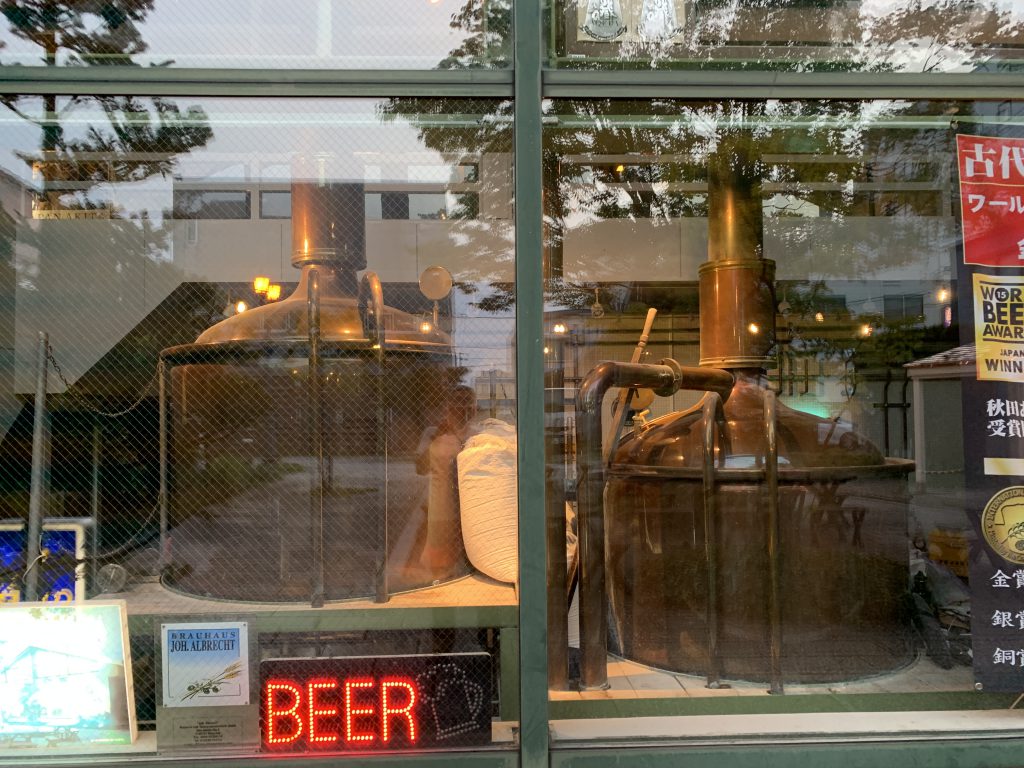 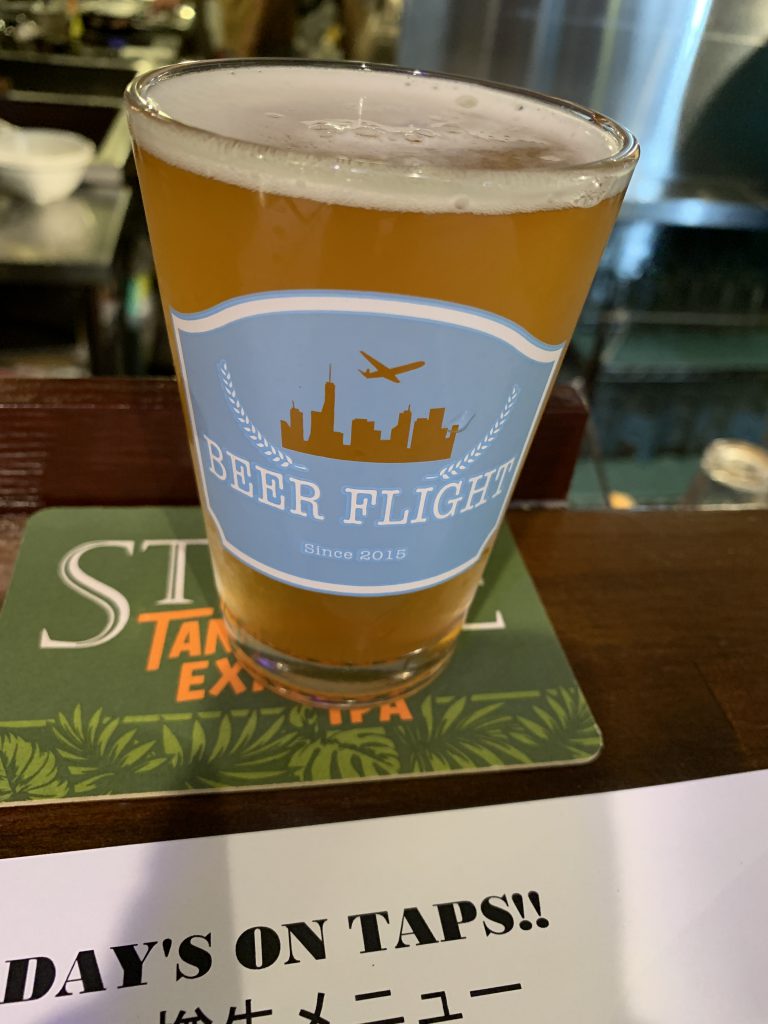 I did have SOME dinner, excellent sausages at Aqula:

And snacks on the way home: 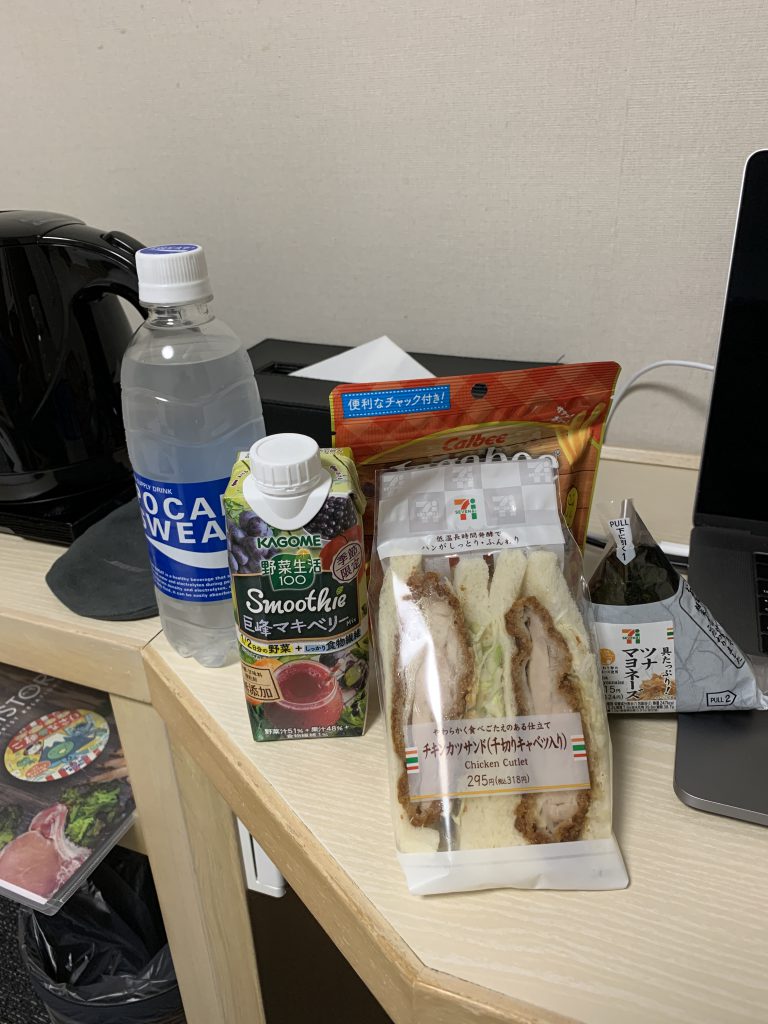 I also took advantage of the big bath in the hotel and now I’m about to pass out.