I don’t know what’s worse. Job fairs in this economy, or singles events. I’ve only been to a couple of singles events and there’s certainly a strange feeling in the air. But current job fairs are worse.

I went to the fair and was told I had to get my résumé “reviewed” before I could be let into the engineering section of the fair. There were only three exhibitors present plus the Navy and I’m too old to enter the military (35 is the maximum). Two of the exhibitors had openings I am underqualified for, senior electrical engineering jobs when I’m not at that level. No jobs in -the field where all the jobs are being sent to India- Computer Science. Good thing I (probably) got my Master’s Degree.

I did get a call from a company in town for a web monkey job, but I’ve been told by a friend, “The boss is nutty … [and] doesn’t like to be told he’s wrong. … You wouldn’t make it a month.” I also checked on the machine shop job and it’s been filled already.

I did score some swag, though. 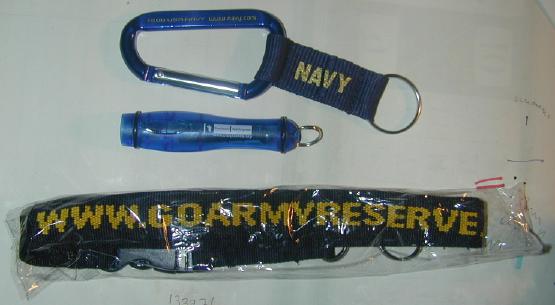