I am going to try to make this quick (ha) but I had a day today. Probably the worst day of my trip. Mostly my own fault, I know.

At least I slept well. I was sleepy most of the day. Probably from the change in weather. Here’s the view from my room. It was darker than this in real life. 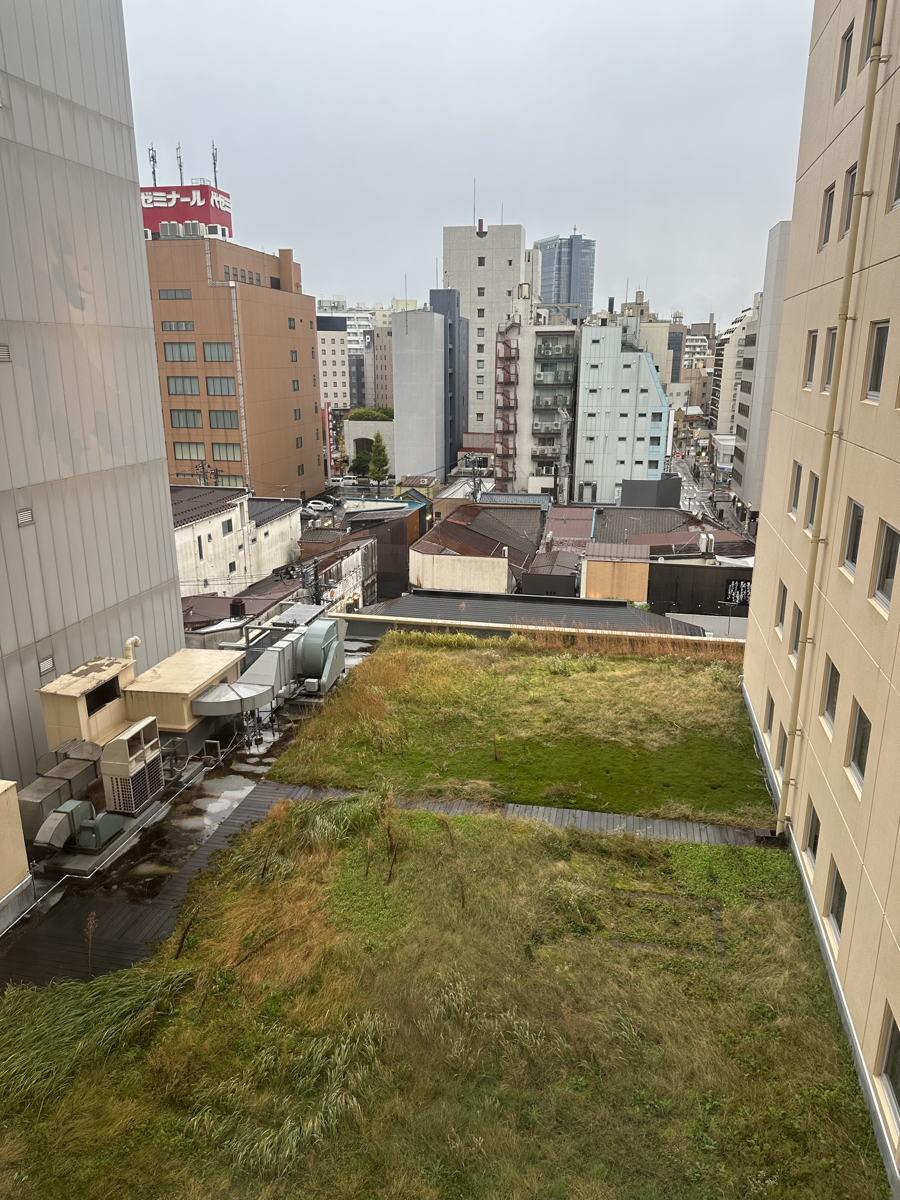 The hotel I stayed in was the first issue. It was designed by some hipster asshat. The room looked big because they shrunk down the bathroom. The toilet was set at a diagonal and I don’t think a tall person could sit on the toilet. The bathtub was an odd shape and only 14 ½ inches wide at one end. That was the end you had to stand in to take a shower. Oh and the temperature regulation of the water was awful. It went from scalding to cool over and over so it took me twice as long since I was always fiddling with the knobs. It had a hot knob and a cold knob and the cold knob turned the opposite direction of the hot knob. 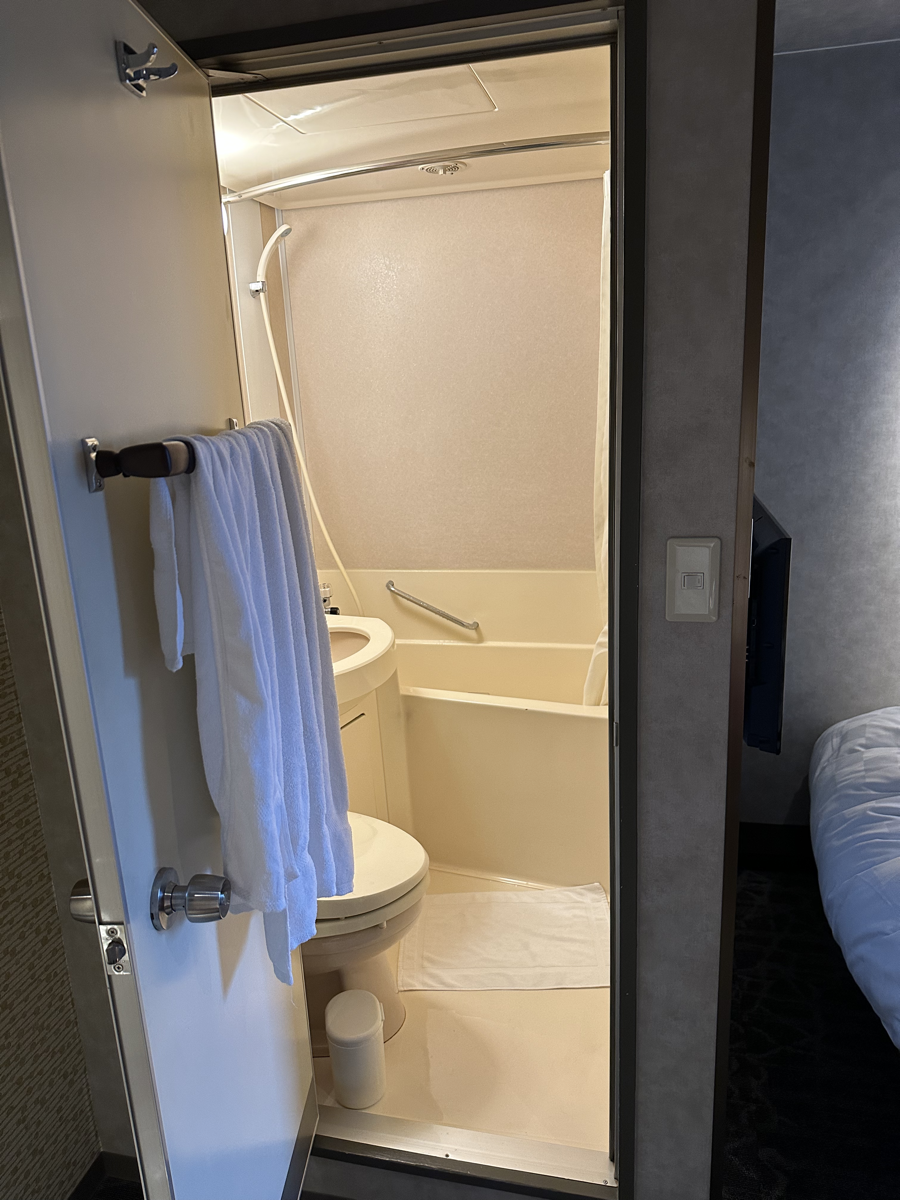 There were wooden knobs on the wall for the clothes hangers and they were placed at different levels and some were bigger around than others. The round table was next to an uncomfortable built-in bench and I hit the hanging lamp with my head every time I got up.

Breakfast was another buffet and I was cranky enough without any coffee. I bought what I thought were drip coffee packs but I just bought a big bag of ground coffee. I was thinking people were going the wrong way and I think they were. I got miso soup and the bowl they had out was cracked. I wondered how I spilled soup all over my hand. The rice was lukewarm. Well I felt better after a couple of cups of coffee. So much coffee (not).

It didn’t help that it was raining. 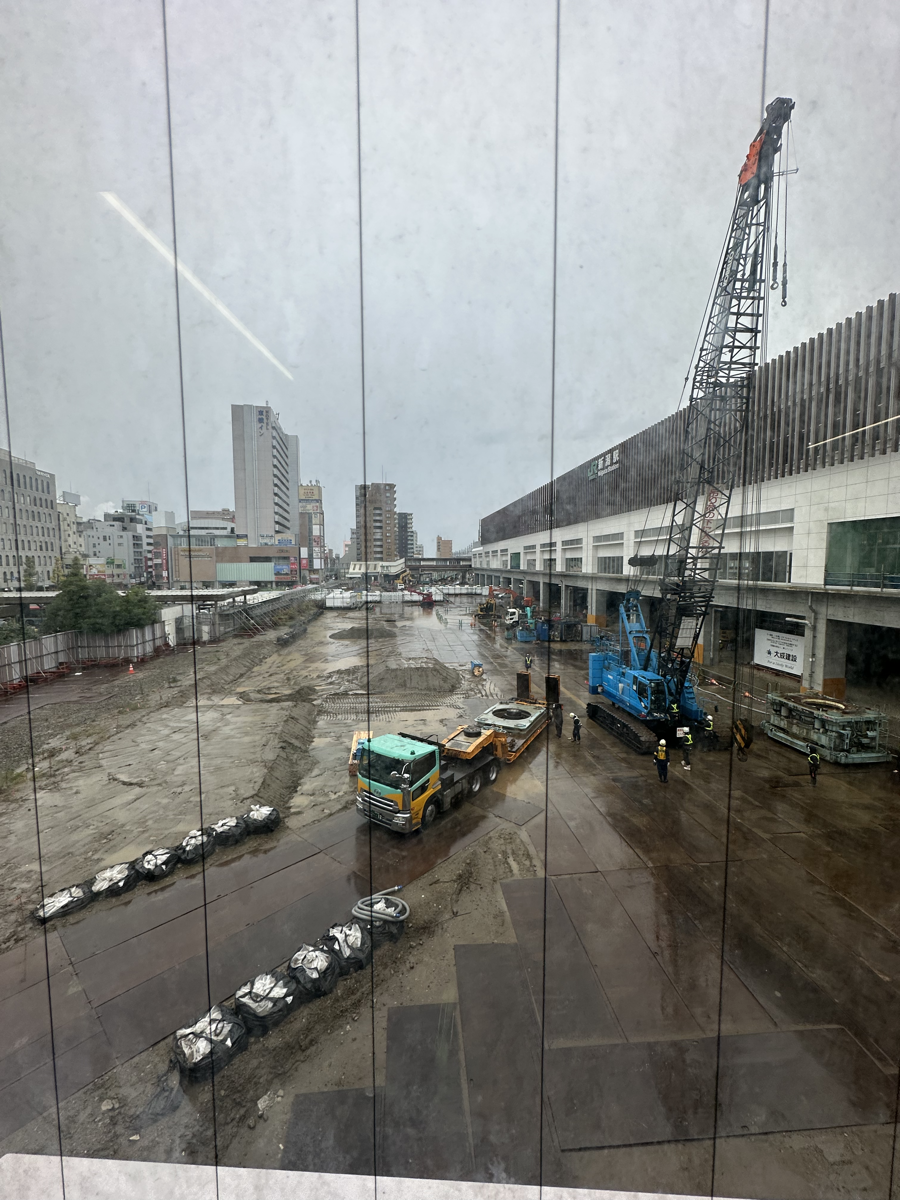 This was the day of my trip to Morioka. It went OK and I fell asleep for the first part. The rain stopped as soon as we got out of town and it was sunny most of the way. Morioka is quite far north and it’s going to be 34°F tonight. Anyway, I got there around 1PM and I had some Jyajya men. It was bland and, well, probably an acquired taste. This is what it looks like after you mix it all up. It’s incredibly bland. 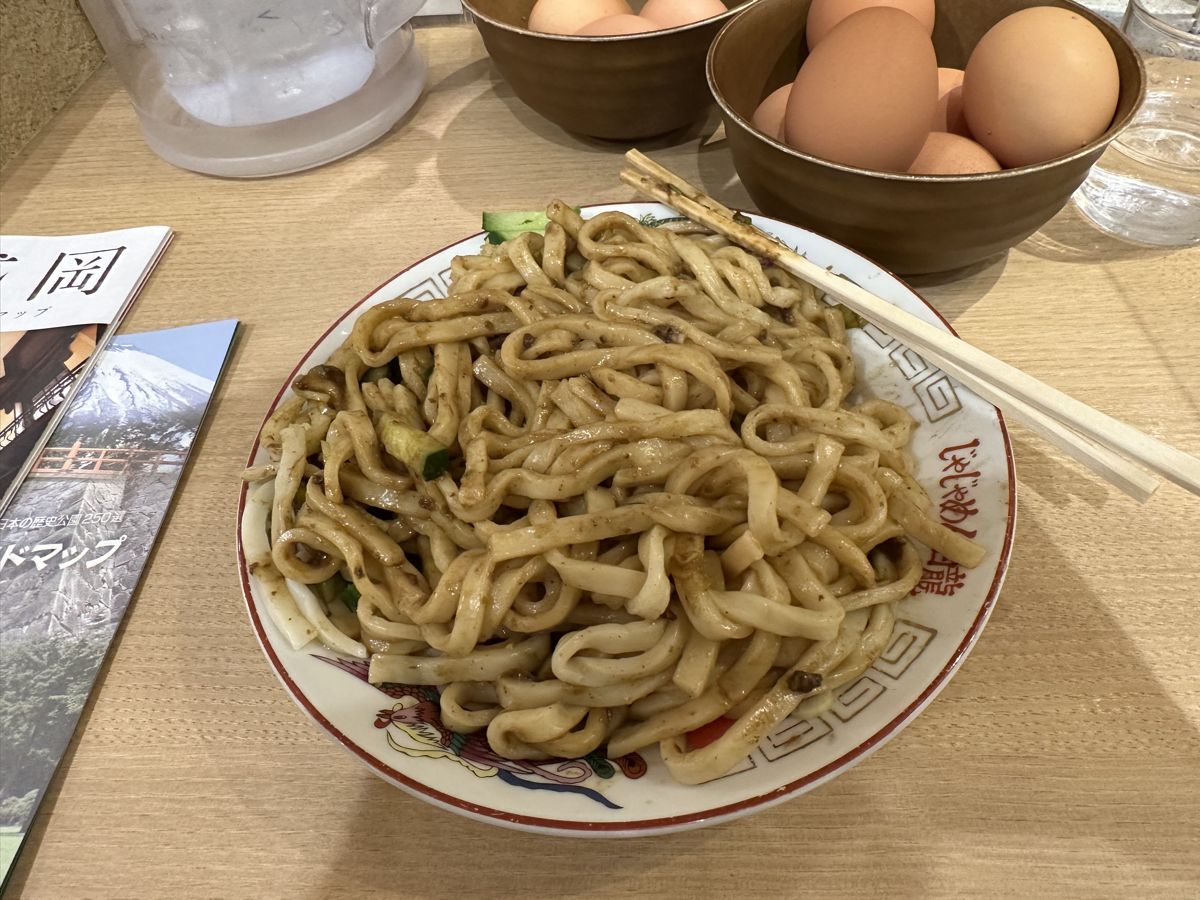 When you’re close to finishing you can crack an egg into the bowl and ask for some broth to be added to make soup.

Then it was time to explore the town. They suggested I take the bus to the bus terminal and walk to the shrine and then walk back towards the castle ruins. I could walk back after that.

Anyway, I got off the bus and then hit some sidewalk construction where I completely ate shit and hit my knee on the ground. I continued limping to the shrine, which wasn’t bad as far as shrines go. 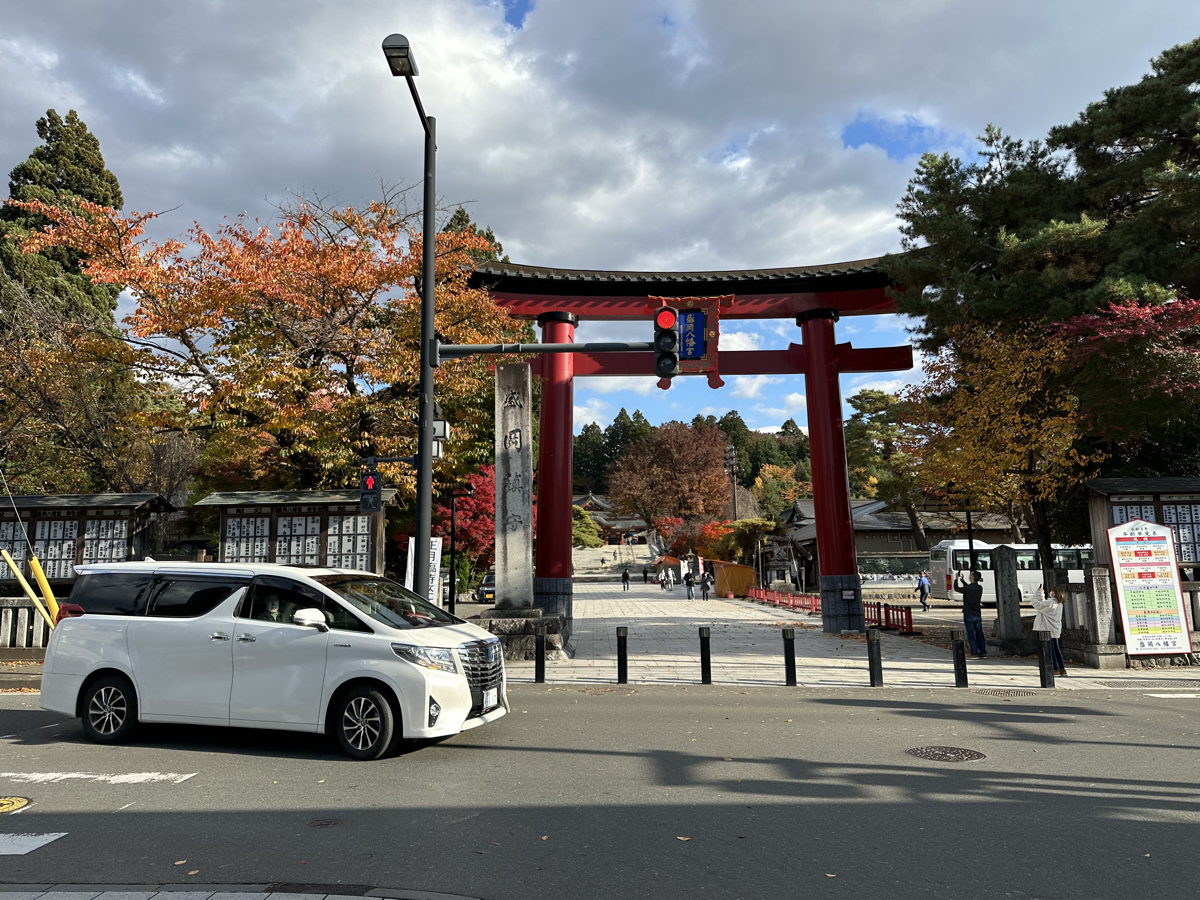 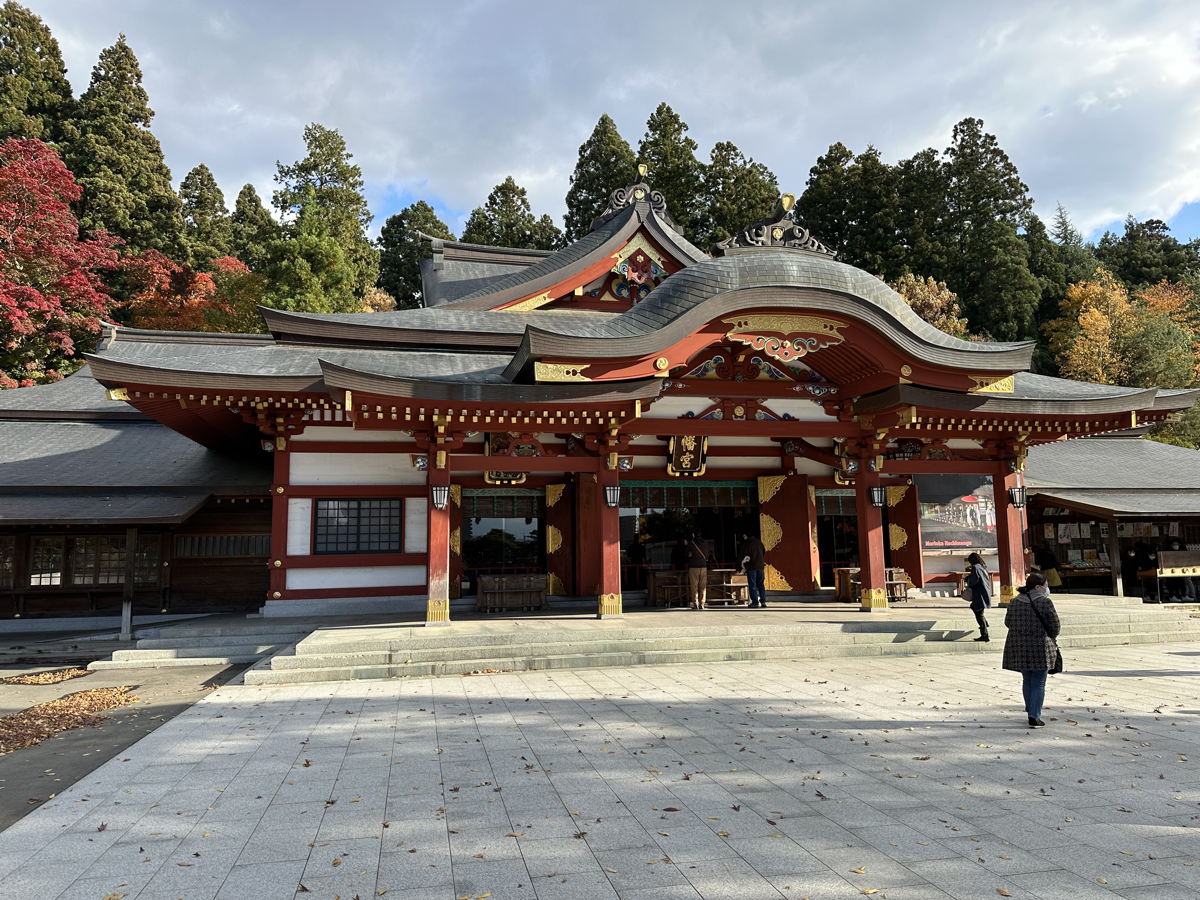 I limped back towards the castle ground and found a TOTEM POLE! And I could tell this was the real thing. Morioka’s sister city is Victoria, B.C. 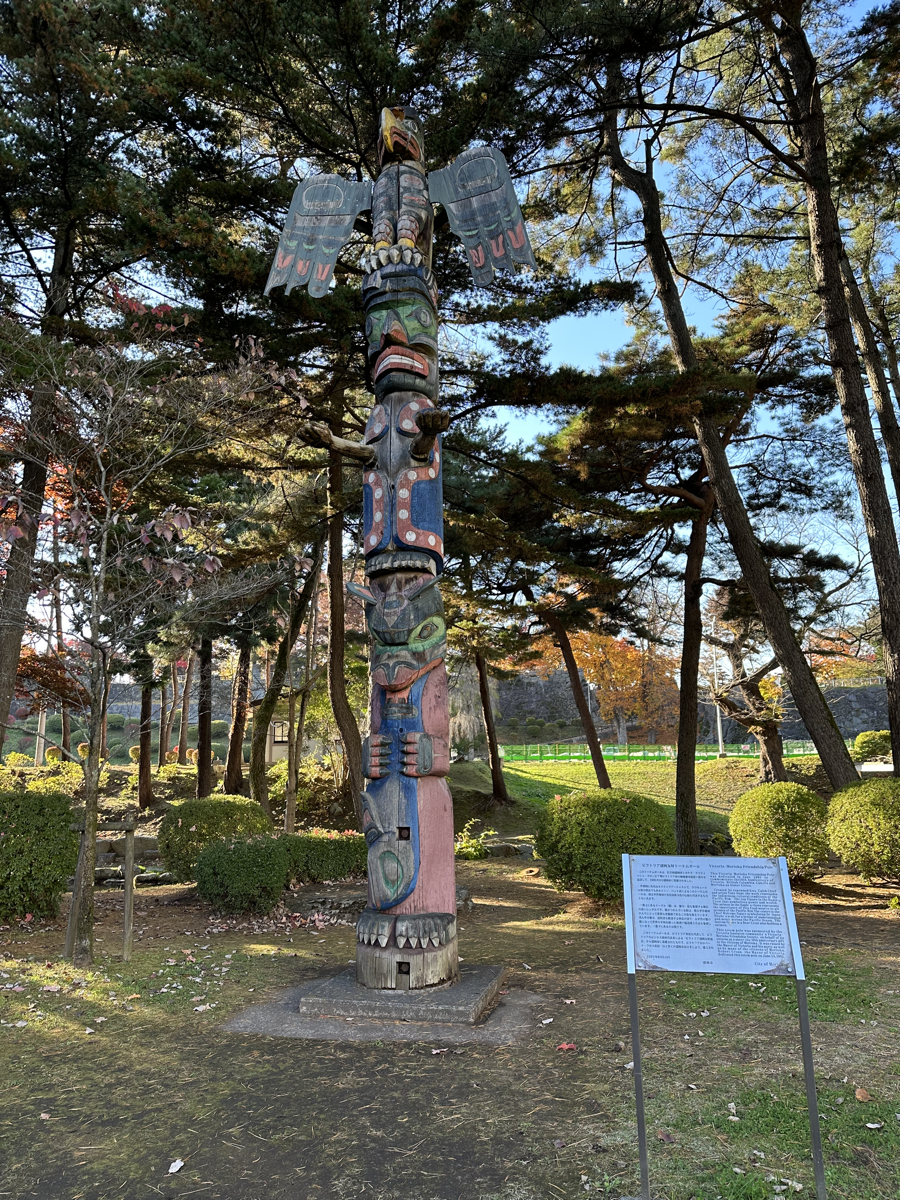 And the fall colors were very nice at the castle grounds, even though I had to limp quite a ways uphill to see them. 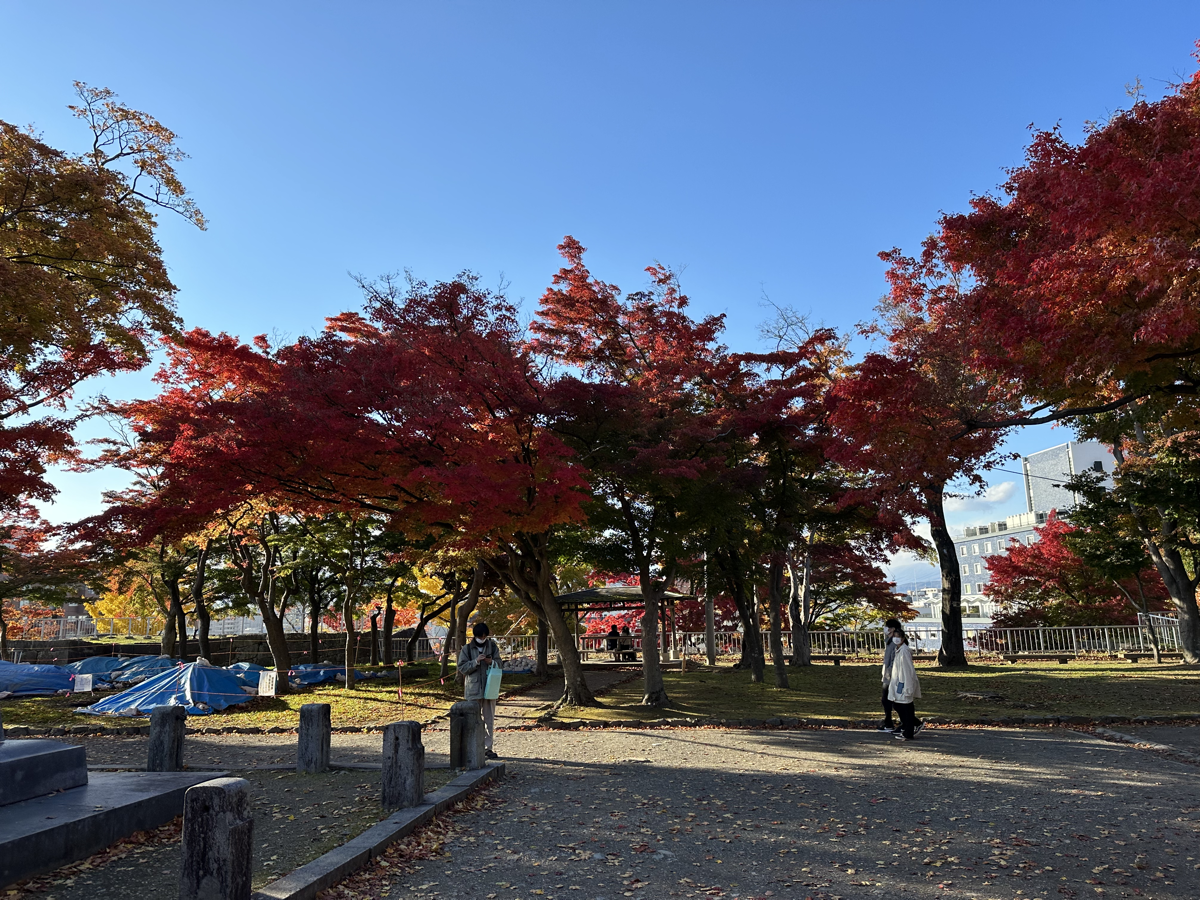 I didn’t take any pictures of the foundations or walls because, well, they looked like any other foundations or walls of Japanese castles. I walked back through town and it looked like a nice place to live. I know a couple of YouTubers used to live here including Sharla (Sharla in Japan -> Sharmeleon). I made it back, got my train tickets for the next couple of days, and got my hotel room.

Then it was time for dinner. I guess the famous dish in Morioka is reimen (cold ramen) and I really didn’t want that. But after walking around for a good half-hour trying to decide what to eat I picked a store, and the store really only had reimen. It was actually pretty good. They gave me some kimchi to put in it so it ended up looking like a red mess. But it tasted good unlike lunch. 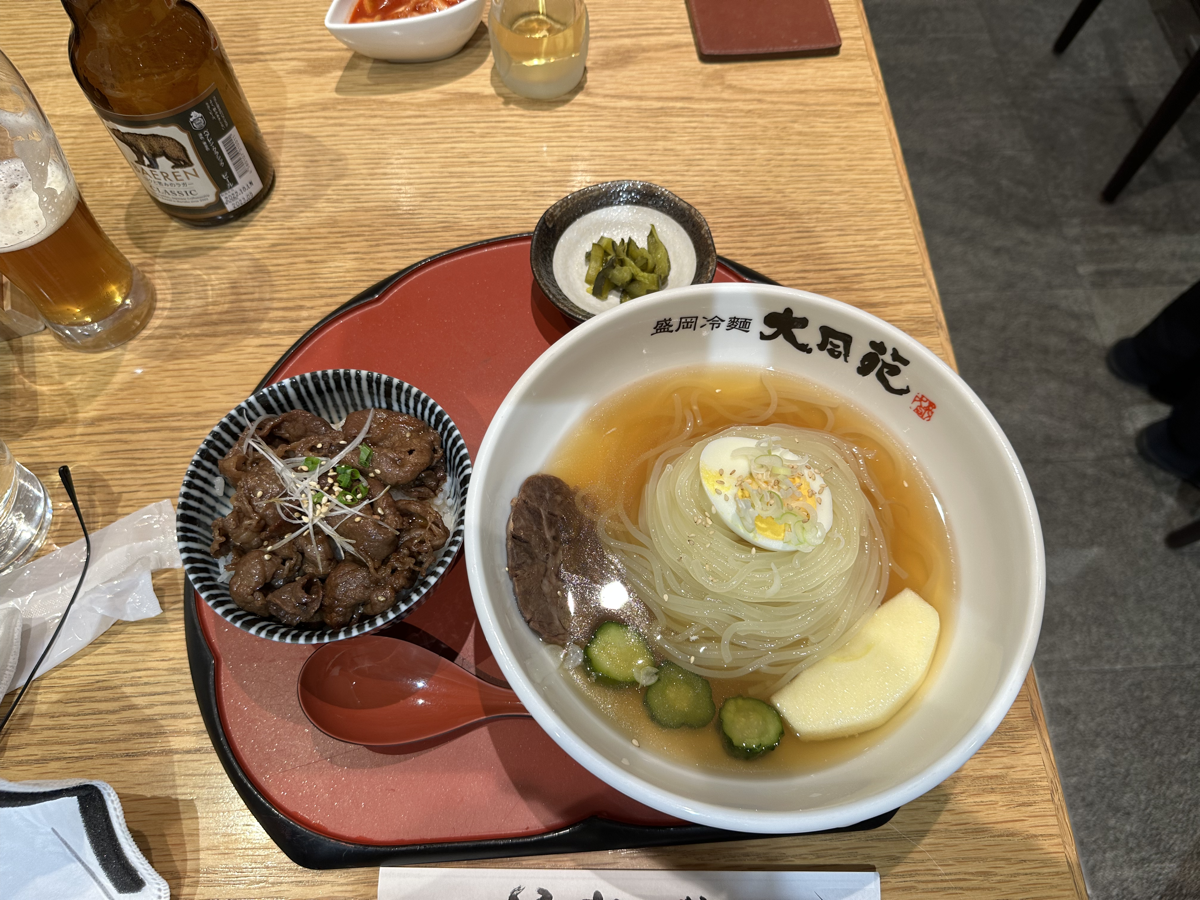 I also had that local Baeren beer. I was wary because I’ve never heard of it so I figured it might not be too good. It was not. Too sweet for me. Oh and I wasn’t full so I got a tiny skewer of Yonezawa beef. It was the same price as everything else, but it was tasty. 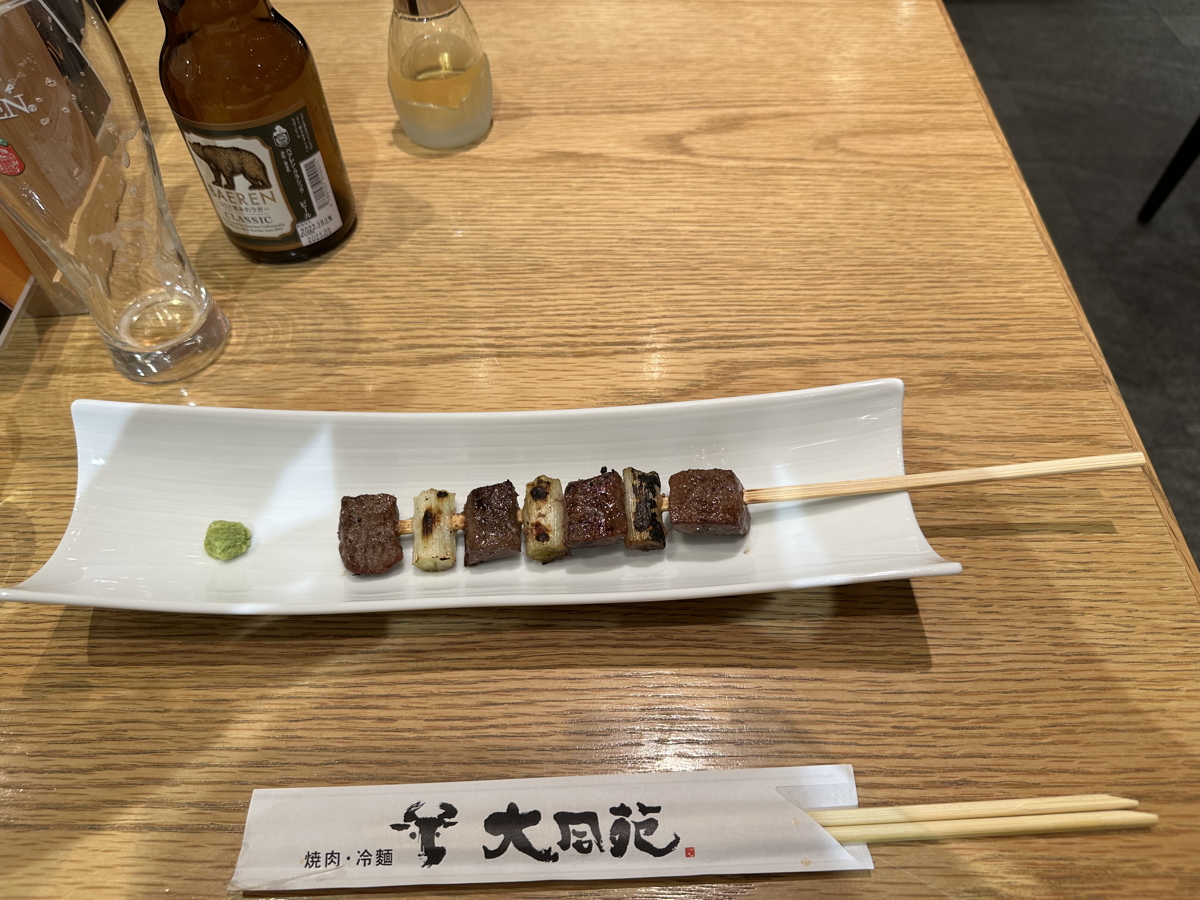 On my way home I thought I was buying some drip coffee using the picture my sister sent me but I screwed up and looked at the picture I sent my sister after I screwed up and bought THE EXACT SAME bag of ground coffee. I threw it directly into the trash. I hope the hotels don’t talk to each other because leaving bags of unused coffee grounds in the trash does not look good.

I’ve been in three Daiwa Roynet hotels and each one is nicer than the last. This one has a huge bathroom (thank goodness) with a separate glassed in area for the shower and bath. I’m going to take a bath to try to keep my knee from locking up.

So that’s it. i’m hoping this is my worst day and they get better. Wish me luck