I’m pretty tired and I can hardly remember what’s going on. It’s only 8PM but I had a rotten nights sleep last night. My sister will probably tell you it’s because we were just at dinner at a friend’s house and our friend’s dad was giving me “tastes” of sake and shochu. However the walls at Toyoko Inn, where we stayed last night, are VERY thin and people just going in and out of the rooms make sounds like they’re pounding on the walls. Oh well, the place is pretty nice otherwise and the women running it are great. I’m guessing the place was full last night and lots of people were coming and going.

We had their free breakfast, which was not bad. 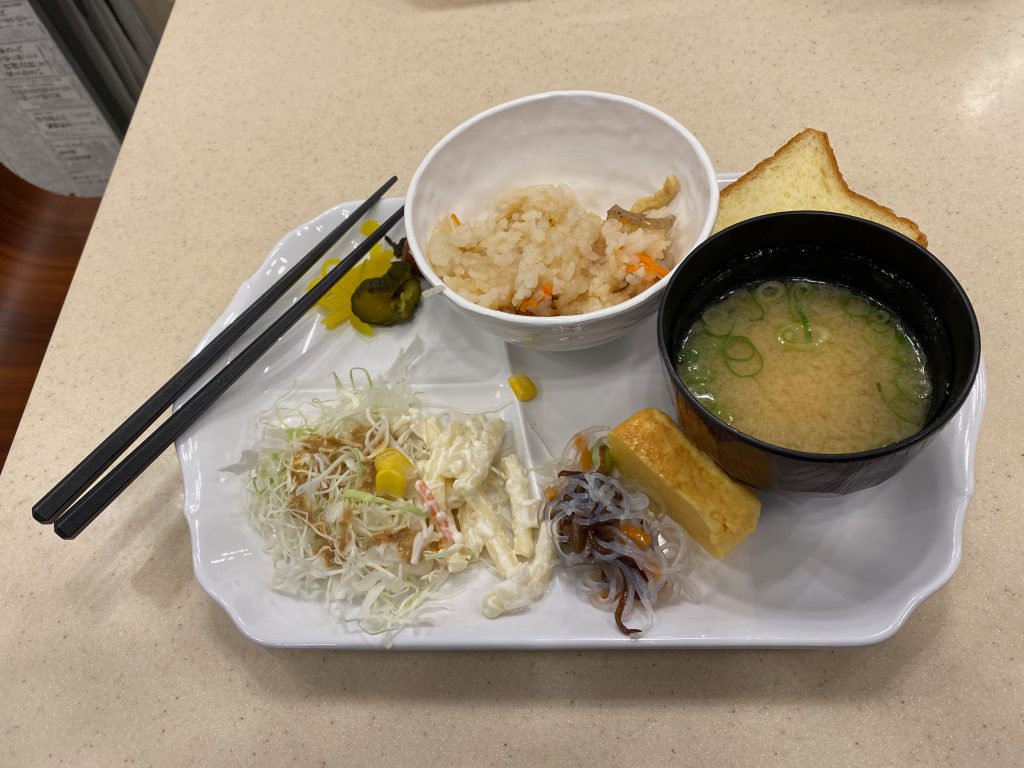 Then it was off to meet our friend so she and my sister could pick up their marathon packets. This is just the volunteers at the train station giving directions to the athletic stadium. 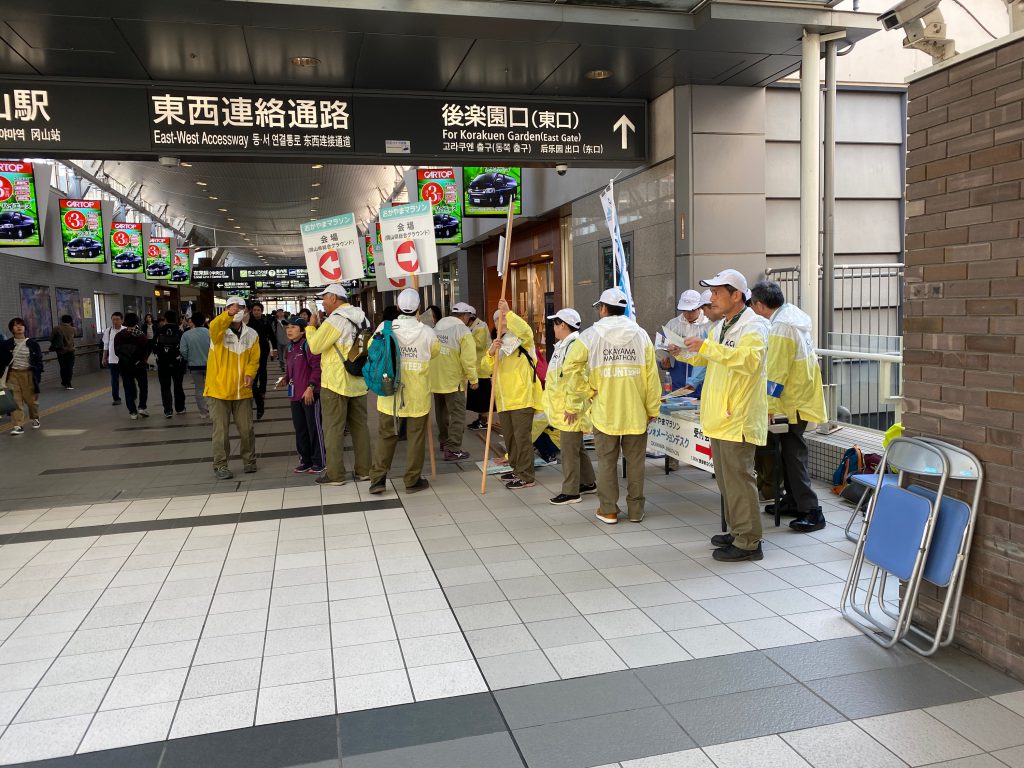 There was the usual fair outside the stadium, and I got some sticks of meat. No spectacular cuts of beef like last year, but still good.

We spent the rest of the day walking around Okayama. Our friend got her leg taped up by her chiropractor, and we also had some matcha ice cream. 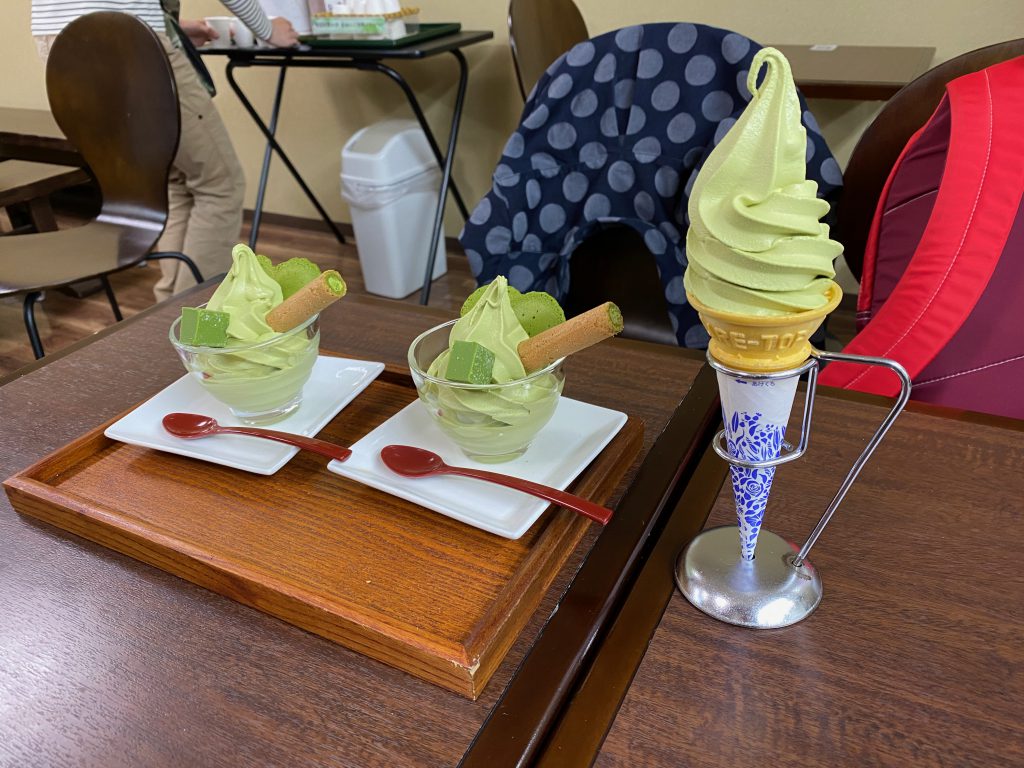 Later we had dinner at our friend’s house and it was no joke. I think I had enough shellfish for a while now. I think we also had steamed fish and some roasted fugu. And, as I mentioned before, I had some tastes of saké and shochu. Woo. 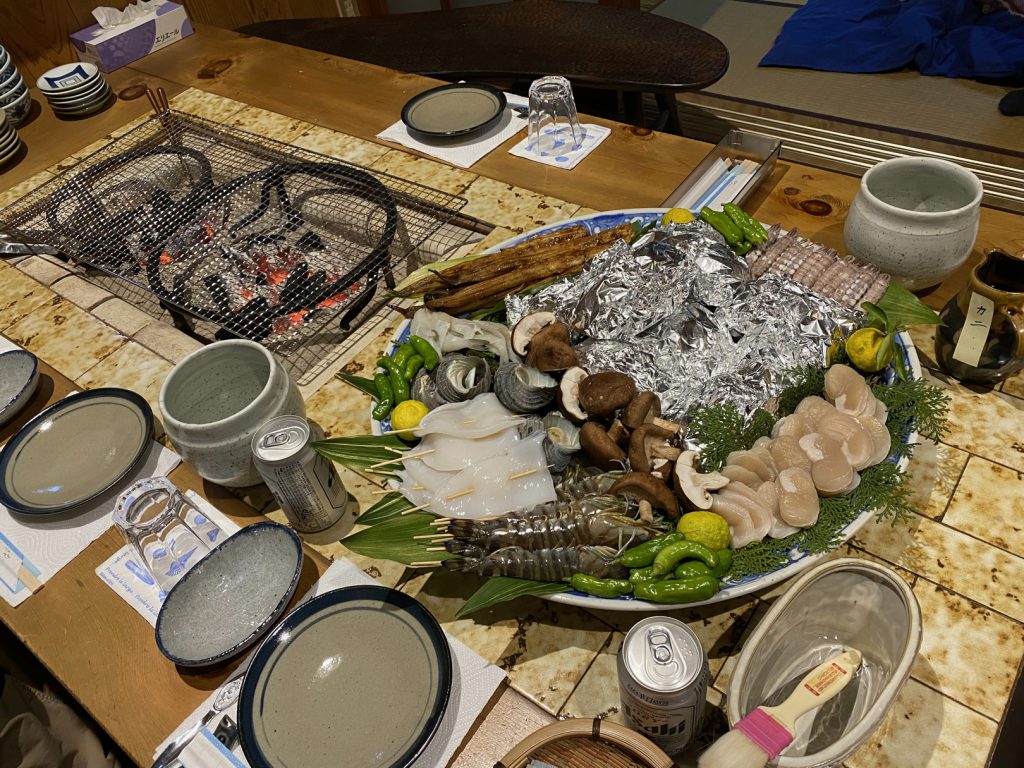 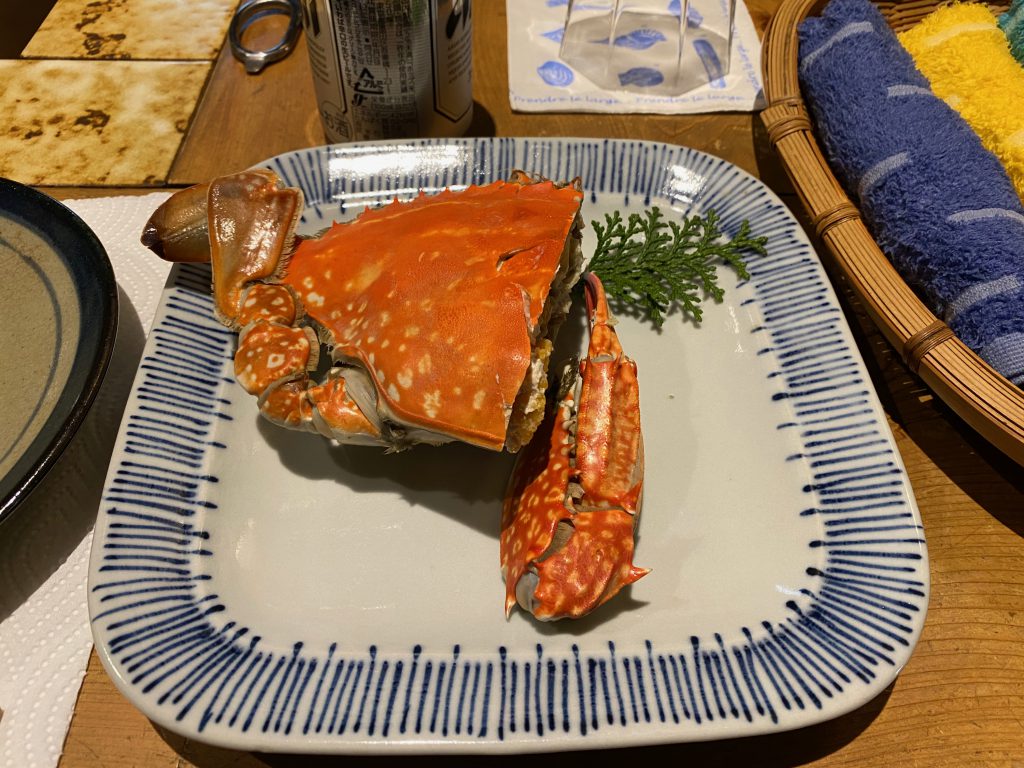 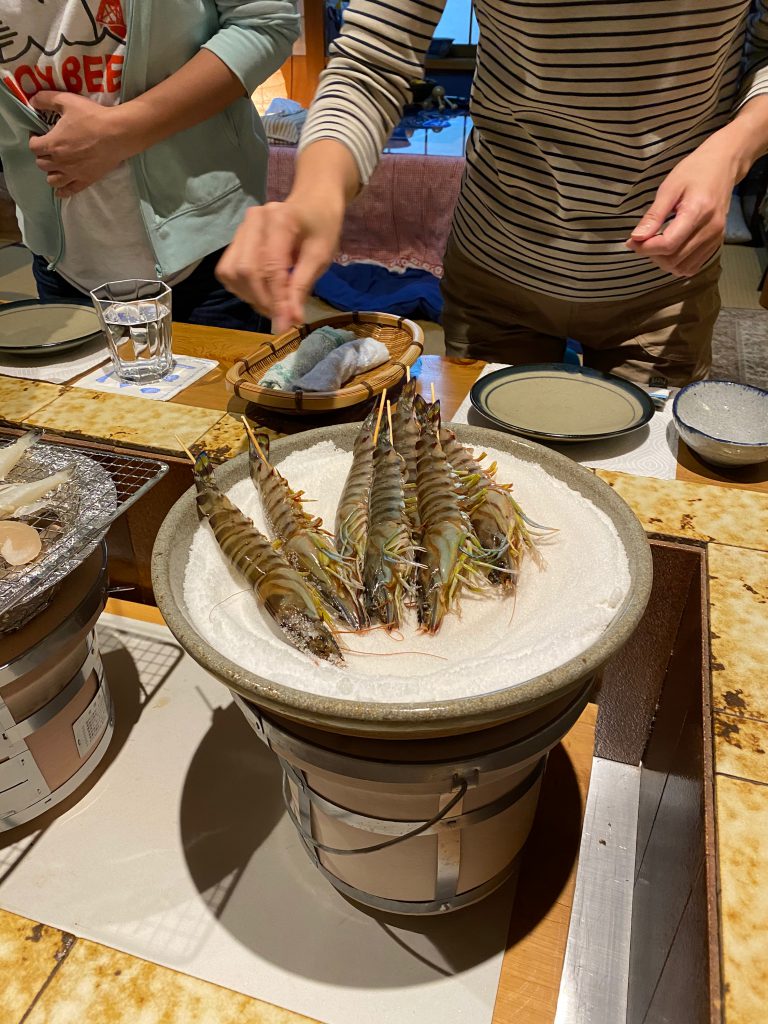 Tomorrow my sister runs part of the Okayama Marathon. She doesn’t want to beat herself up, so she’s planning to get on the bus after about halfway through. Should be a hot day for a marathon!