Today we left Osaka to go to Hikari to visit my aunt and my cousin. We’d already packed the night before and sent my duffel onto Tokyo, so it wasn’t hard to get ready to go. My duffel seems to be on its last legs and that’s kind of sad. I’ve had it for seven years and I think it cost me a whole ¥1000. It’s a perfect size and has held up but what do you expect for such a cheap duffel?

Anyway, we went back to Pronto and we saw the dude. The other interesting thing we saw were two women putting on a ton of makeup. They looked good afterwards, but yeesh. Couldn’t they do that at home? 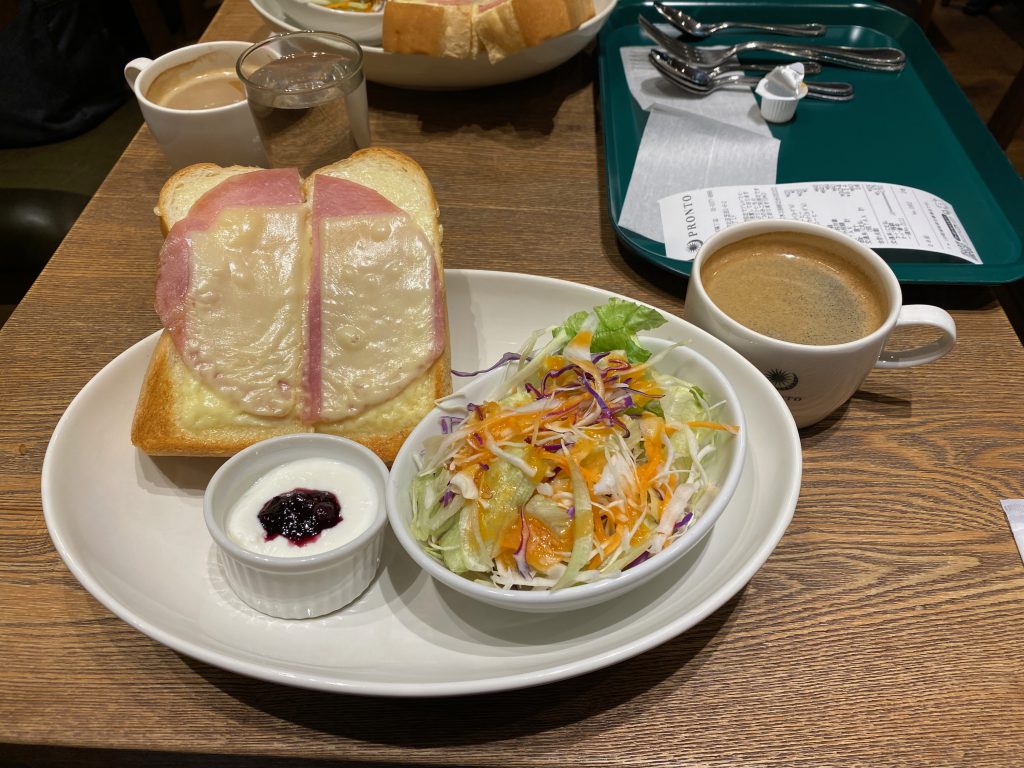 It takes three trains to get to Hikari, and the middle one is the bullet train. If you get a railpass you have to take the slowest Kodama, but if you just pay for a Nozomi there are two faster trains that stop in Tokuyama every day. 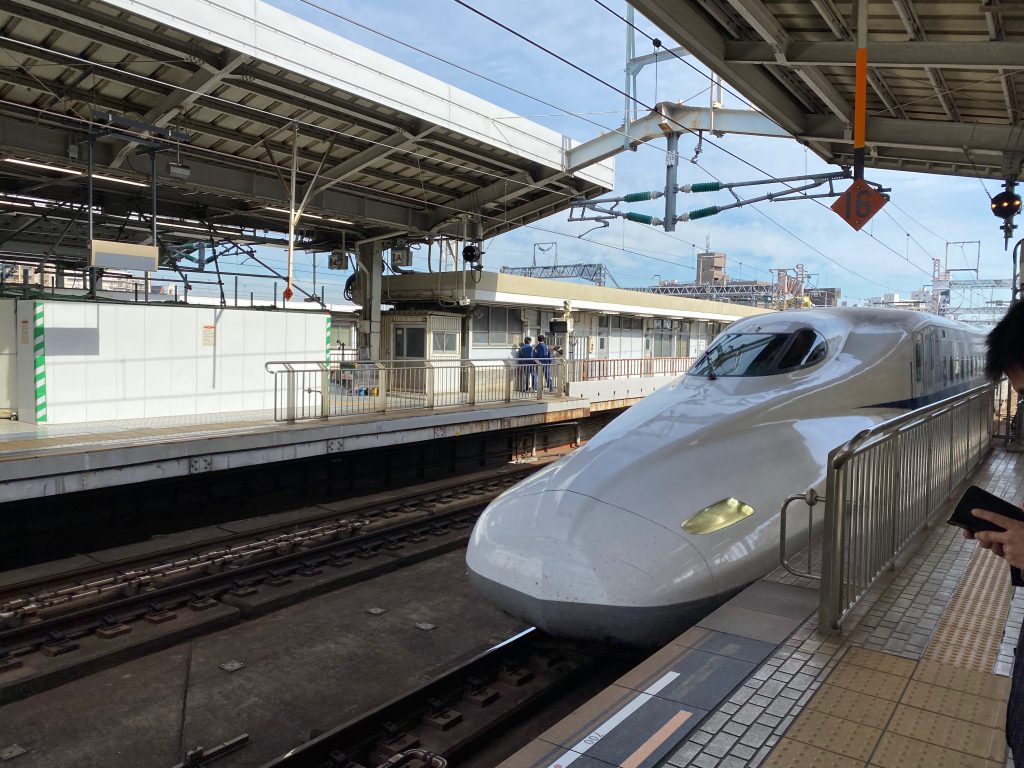 For lunch we had ekiben! It wasn’t bad. I’ve never had a great ekiben, but they’re usually pretty good. 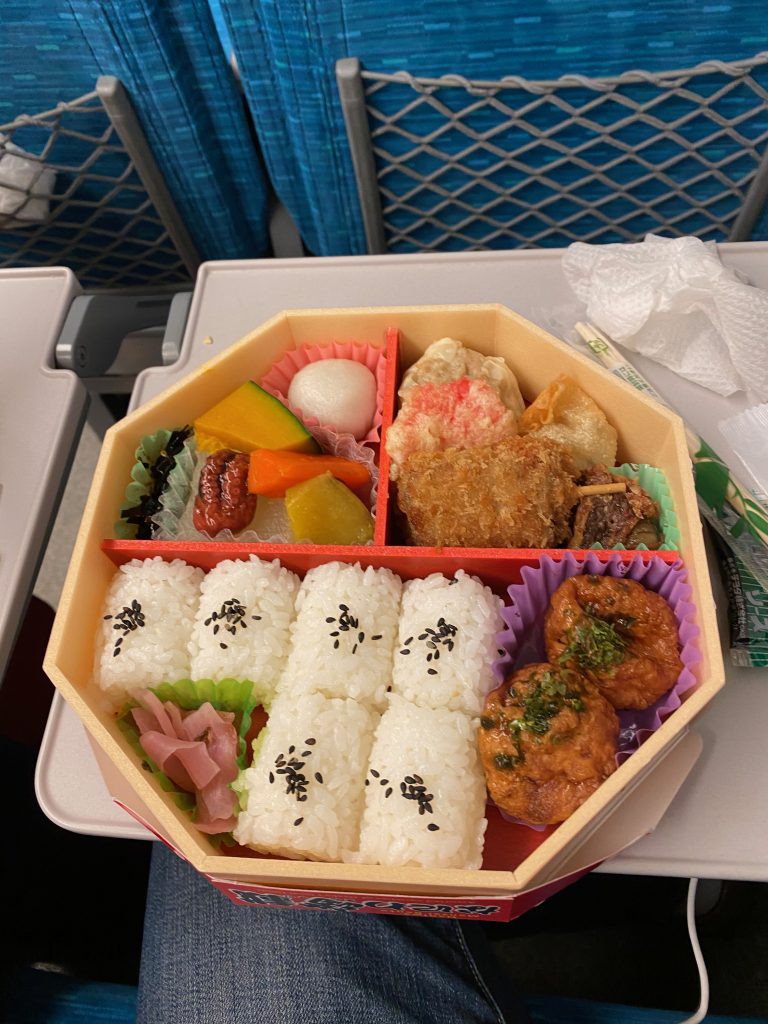 Tokuyama is now called Shunan, but renaming a train station probably takes a lot more work than changing the name of a city. The Tokuyama train station has been improved and now there’s even an elevator! One of the train lines is the Gantokusen and it’s a one-car train! 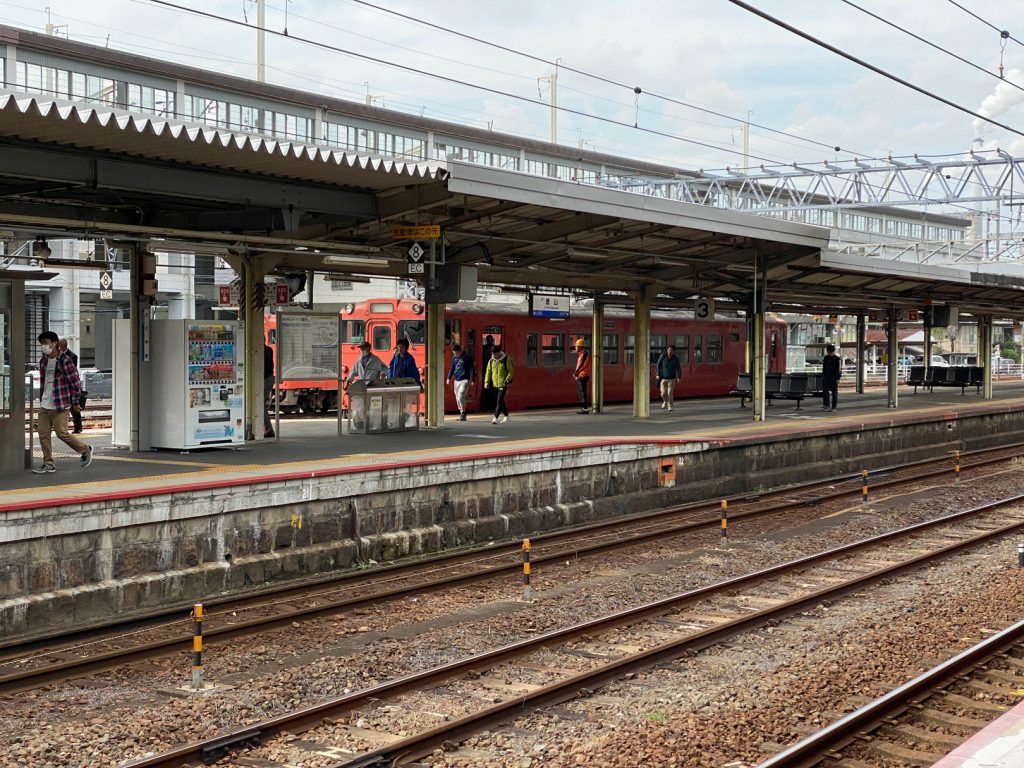 We got on the bigger four-car train to Hikari. 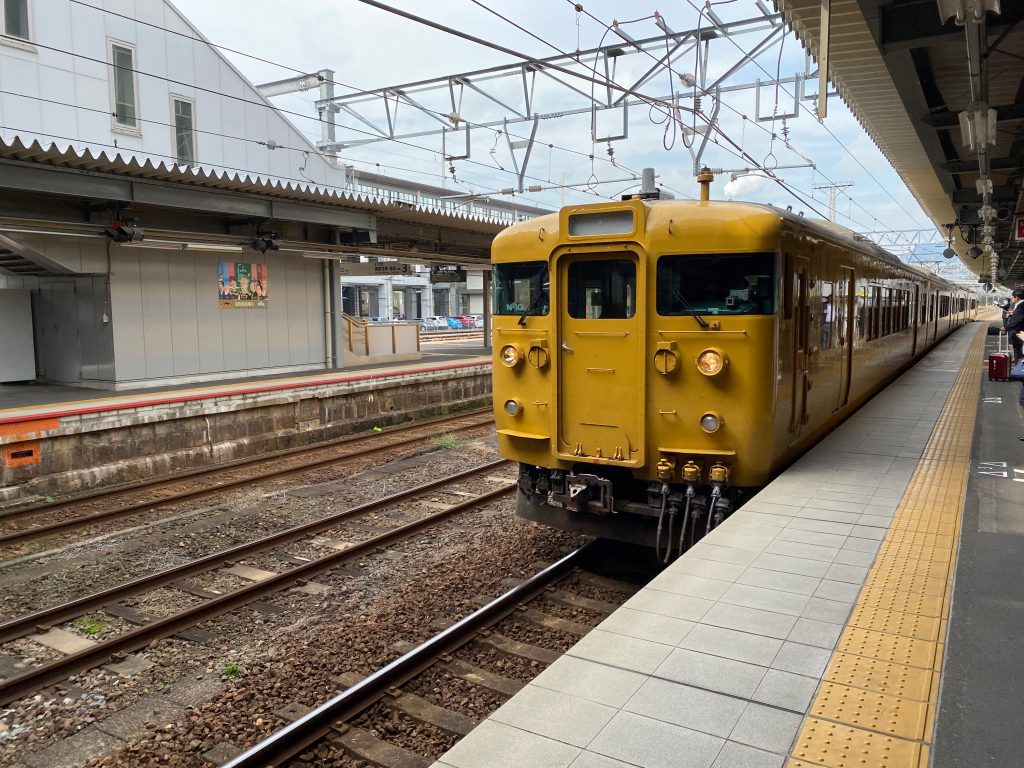 Hikari is pretty small. There’s no elevator and there’s no way to get from the eastbound tracks other than a overpass with stairs. It’s really not ADA compliant.

My cousin had a fancy Balmuda toaster-oven and I didn’t know what the big deal was. It just looked like my Panasonic at first. But you see the top looks a little different? You pour in a teaspoon of water and it steams your bread before it gets toasted. 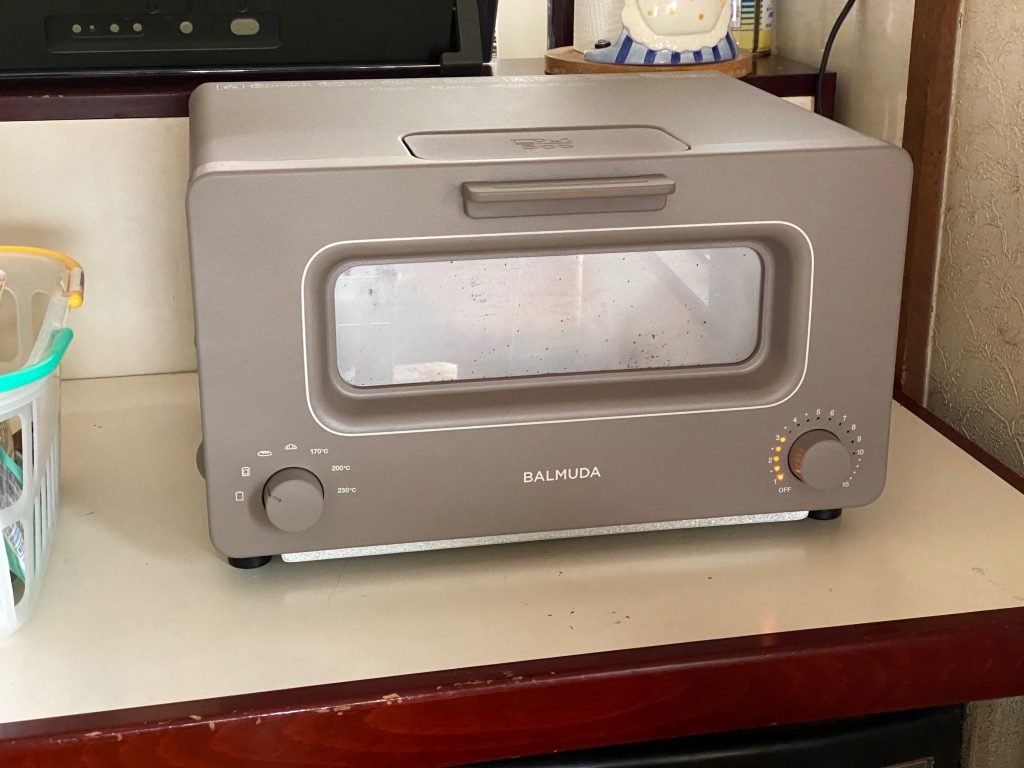 We had to try it and it really did make fluffy toast!

After that we went shopping at the one mall in town. My sister and I love it because there’s a clothing store she really likes and I always find sales on insulated coffee mugs. I think it’s the best pricing I see on the trip for those. Unfortunately, it’s the ONLY choice so my cousin doesn’t think that much of it.

We went to see my aunt, who has lost her vision, and she’s in her own little house behind my cousin’s. She comes over to my cousin’s house for dinner, but she spends the rest of the day in her house. She seems happy enough, but it still made me a little sad. It doesn’t help that we’re staying in a sad little hotel near the train station that stopped doing a breakfast service. At least the intarwebs seem to be working well.