I stayed out too late and then my blogging software was acting up. So much for timely updates.

On our first breakfast in Osaka my sister didn’t want to risk a smoky environment, especially not after she’d been sick for a while, so we went to the fancy bakery. You do get what you pay for there. 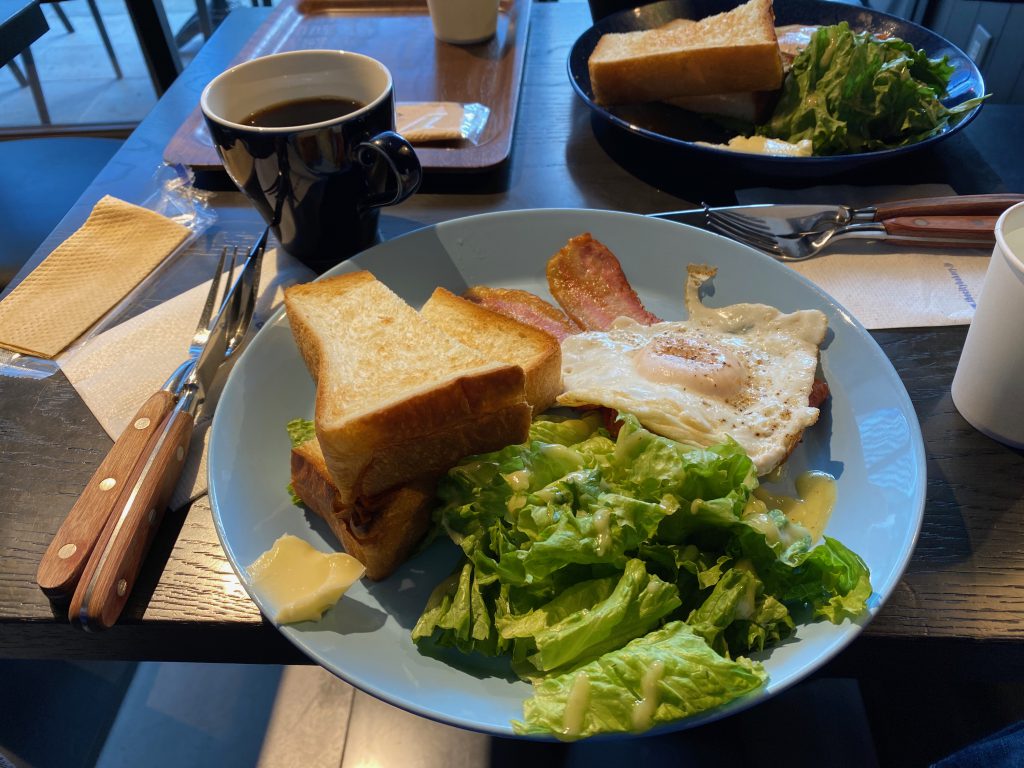 I think our second stop was our friend’s favorite FamilyMart across the train tracks from the hotel. 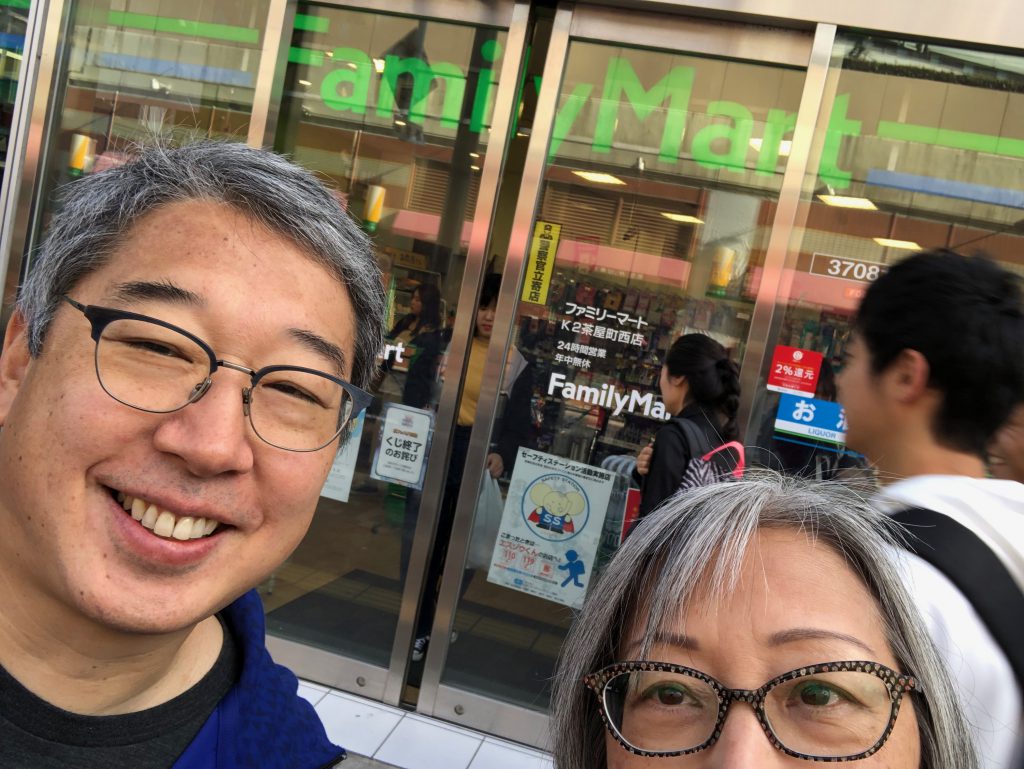 After that we were off on our adventures to the biggest Muji in the world, and some weird clothing store my sister likes. It was getting late so we had lunch at Mos Burger. 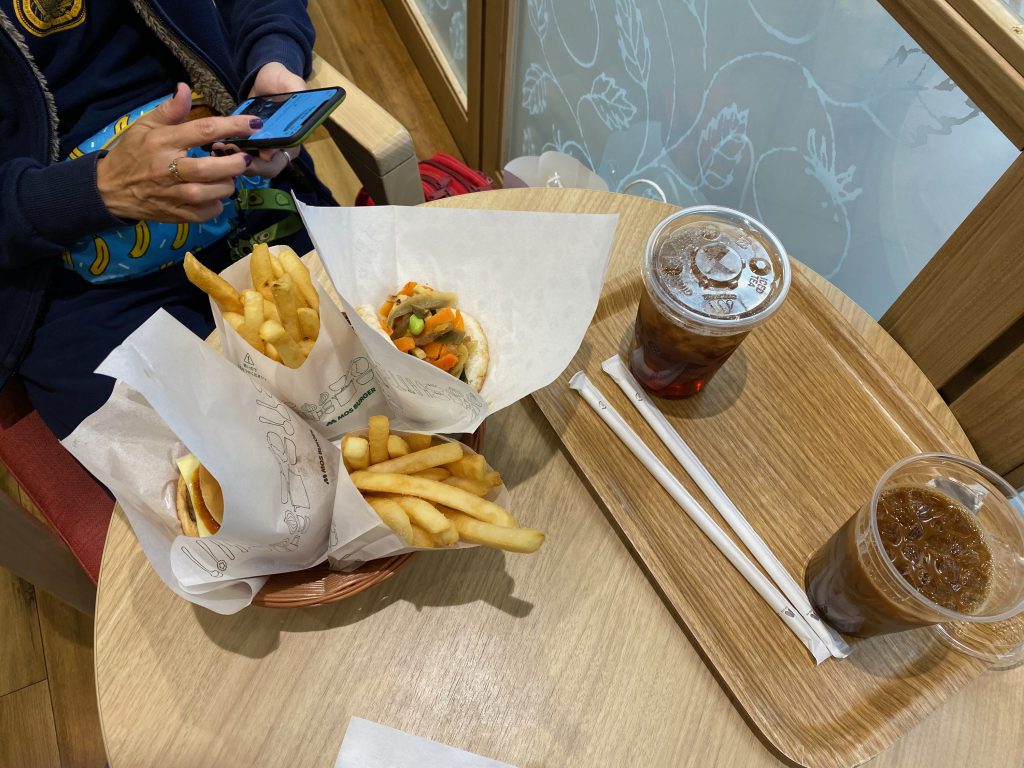 Then we went to Toki for matcha shiratama. 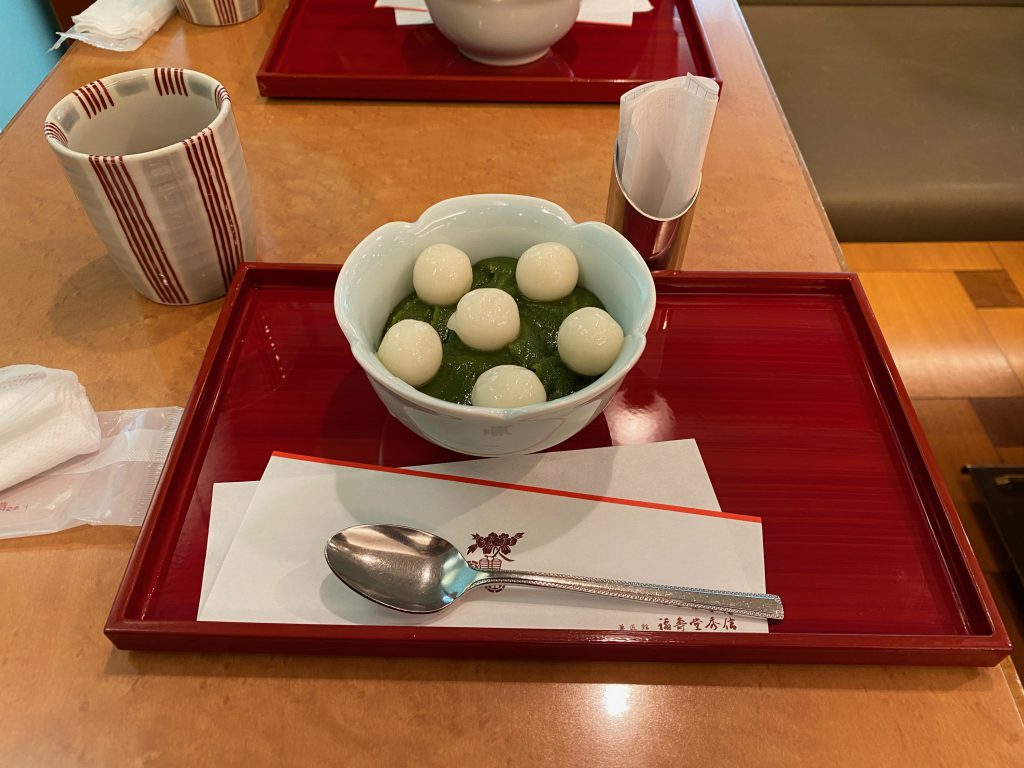 I met an old work friend, Moriwaki-san, for dinner and we got okonomiyaki near where we used to work.

Later he took me to the old Mitsubishi Kita-Itami plant and the guard let us look in near the gate. They’re torn down all the old buildings and replaced them with gravel lots. The newer buildings that Renesas built are now being used by Mitsubishi and Renesas has moved completely out. What a difference!

After that I took the express train back to the station and called it a night. 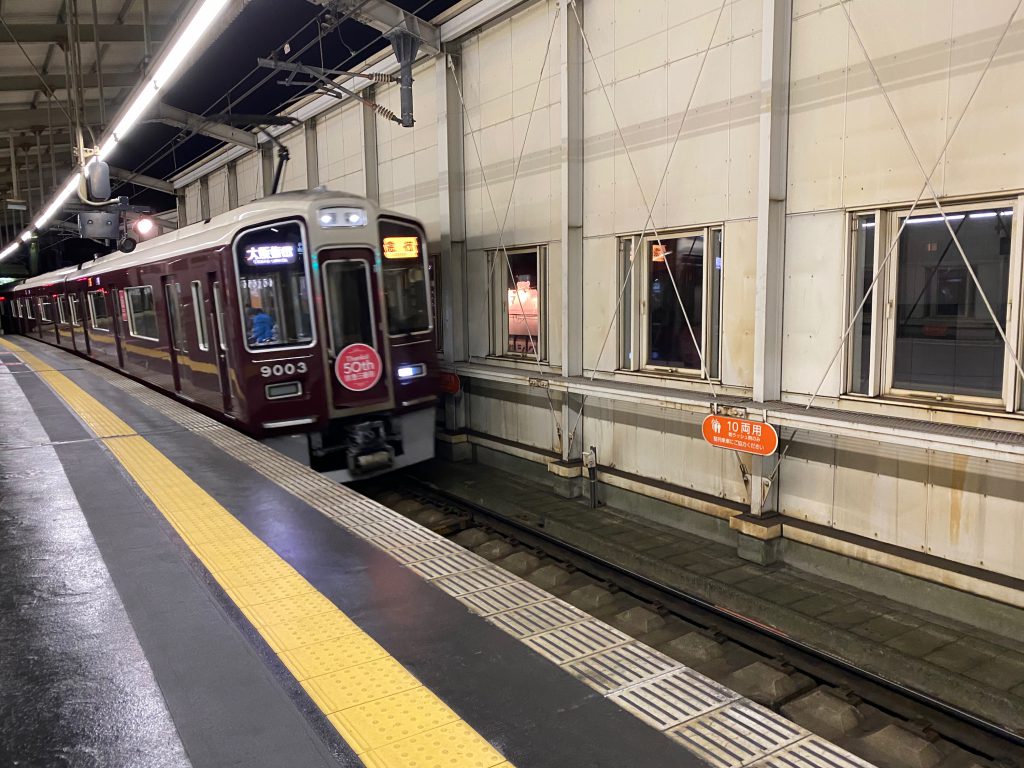